Hello Marie. Something absolutely terrible happened. My spcial flower necklace as been stolen! I know what your thinking. Who would want to steal some silly necklace. It's not just any flower. It's the most powerful flower necklace in the world! It can give someone the power of any child of me. I don't remember why i put the power in the flower i just did. The last time i seen it was in California. When i was helping at a local garden. I used the necklace to make some magic to the garden. After that i put it down for just a second then. When looked back where it was it was gone. I don't know who or how but you need get it back. Because if it get's in the wrong hands some serious damage will be down. 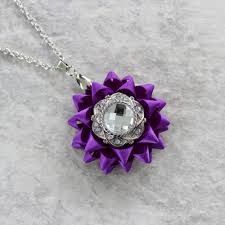 The Questers will fight the BC demigods in a fight at a field. They win the fight and retrieve the flower and then take a plan back to Camp Half-Blood and then Marie will give Demeter her necklace back.

Camp Half-Blood Entrance- They will meet

Car- They drive to the airport

Airport- They are attacked by 3 hellhounds in the waiting room

LA Airport- They are attacked by 2 Lamiais

Taxi- Go to a hotel

Hotel- They are attacked by 4 Empousais

Resturant- They meet the BC demigods

Field- They fight the BC Demigods

Why would Demeter place power in a flower? I mean, it could be a flower necklace and such. Since it's a flower, it might get trampled and squished. It isn't really convenient to steal a flower.Such is life~ lol.

If it's not part of Greek mythology, why did Demeter enchant the necklace in the first place that whoever the wearer would be powerful like any of her offsprings? If it is, then please gimme a link.Such is life~ lol.

She's Demeter. Why wouldn't she want anyone to see her using her powers? If so, she could just not use them from the start, if people are around. Afterall, gods have good control over their powers, taking that they are immortalSuch is life~ lol.

Retrieved from "https://camphalfbloodroleplay.fandom.com/wiki/Claiming:Quests/The_Quest_For_Demeter%E2%80%99s_Flower_Necklace?oldid=1292872"
Community content is available under CC-BY-SA unless otherwise noted.