Hello Jae! I hope camp is going well for you. I heard about your little "slip up" from Aphrodite. Don't worry honey, it'll get better soon. So, here's the thing. I've lost my glasses. Don't laugh, okay! They're not normal glasses, alright? Whoever looks into them can find their way out of anywhere. It's like a portal, high tech version on my string!No, they are not on top of my head, Jae! Anyways, I have no idea who took them, though I probably left them somewhere and someone picked them up. I'm concerned... anyone who puts them on will have their way out highlighted. I'm worried if someone from the BC or a vengeful soul has taken my glasses, they could free whoever they want from a prison. That's bad. Really, really bad. The gods have voted to erase this magic from the world, so if you can get them back, I'll remove the magic. I lost them in... what was it... Paris? Ah, no! It was Tianducheng! The Paris in China! No, for the last time they are NOT on my head! Just, don't disappoint me, Jae. I really need your help!

Jae and 2 others will have to travel to Tianducheng,  a gated community near Hangzhou, the capitol of China’s Zhejiang province. It  boasts a 354-foot high replica of the Eiffel tower and 12 square miles of Parisian style architecture, fountains and landscaping. It can accommodate more than 10,000 residents. However, it still remains sparsely populated, making it a "Ghost Town". After arriving, they will have to go on a wild goose chase across this replica of Paris to find the glasses and return them to Ariadne so she can remove the magic in them.

Ariadne had made them when she realized that she was really behind in the technical world. It was the "cooler" verison of the string. She thought'd it'd be a easier to use and transport, but she lost it when helping some travelers explore and find their way out of Tianducheng.  The glasses show a golden string and you follow it to find your way out of something. It was pretty powerful, which was why the gods voted to destroy them. 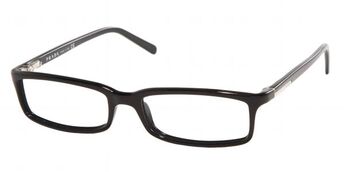 Camp Half Blood Enterance: Head out to the airport

Airport, Berlin: It's the flight from New York. They take another plane again to get to Hong Kong. No monsters, but they run into a moratl who can see through the mist at the security check point who almost caused a riot by spot their weapons.

Airport, Hong Kong: The take a plane to Hong Kong and are attacked by a group of hell hounds that were attrached by their sent

Train to Tianducheng: They take a train to the fake Paris. No monsters

Enterence to Tianducheng: The group are attacked by fire breathing horses, again in a group. They scale the fences just in time to save themselves

Tianducheng, fake Eiffel Tower: This is where Ariadne said she left her glasses after searching around, they are attacked by a group Lamiai and one of the half bloods is kidnapped by the Lamiai. (Up to the other users to who it is)

Tianducheng, The Slums: they  ask around for the missing half blood and a young girl who can see through the mist tells them she saw some monsters going to the train station

Camp Half Blood Enterence: Last minsute, they are "Poofed" back to the camp enterence where Aridane handles the glasses.

At the train station, they run into a demon child  of Kampe, who can summon groups of monsters at whim. He introduces himself as Mormo, and they fight, freeing the kidnapped half blood her had been using to feed of their life essence to stay strong. After a wicked battle, Mormo is cornered. Jae slaps him giving the other half bloods time to grab the glasses, that he had been hoping to use to free Kampe from her prison so that she could cause chaos once again. Jae stabs him, turning him to dust and Aridne "poofs" them back to camp, Mormo calling for back up from his monster friends to flay them alive then feed them to his mother.

If I remember correctly, you need to ride 2 planes in order to get from America to China. Who exactly took/stole the glasses and who are the questors going to chase?

Aridane lost it, and Mormo picked it up. A demon child of Kampe (Not in Greek myth, but monsters like him are found in greek myth) So, it is Mormo. He sorta just found it and was like. "I can use this for evil! Sweeeeet. I'm gonna go do that now!"

I find these so called glasses rather OP even for a goddess, maybe downgrade them a smidge >.<

Retrieved from "https://camphalfbloodroleplay.fandom.com/wiki/Claiming:Quests/The_Quest_to_find_Ariadne%27s_Glasses?oldid=1477984"
Community content is available under CC-BY-SA unless otherwise noted.