He is rather shy and keeps to himself most of the time. He does however open slightly to friends and family but not much. He enjoys solitude and often will walk away from a conversation if he either feels threatened or feels antagonized

It all started one night in a warzone. Charles Tylo, a sergeant in the Marines, and his squad of 7 including him, were ambushed while on a mission to meet a contact. They were caught in the firefight for 3 hours and by time the ambushers left 5 of Charles men were dead. Charles and his brother, Evans, were injured. Charles had been shot in the arm and leg and was unable to walk, but Evans had it worse. Evans had been shot in the chest and was losing blood fast. A nearby squad had heard the shots and were on their way. When they made it they called for an Evac and managed to keep Evans alive until the helicopters came. As they all flew back to base Evans went unconscious and was pronounced dead later that morning.

Charles was devastated and wished to go on leave and recover from his wounds. His commanding officers were worried about his wounds though and decided to keep him at base until he recovered slightly, later that year Charles was finally given leave and went back to his home in Maryland. After Charles had almost fully recovered his friends decided to take him out for a few drinks but Charles, being as mad as he was for the death of his brother, refused to come. After a few hours of argueing they got him to come and they went to the local bar a few blocks away. Soon all but one person was extremely drunk and that person was Charles. He had refused to drink as he knew his friends were unsresponsible and he'd have to be their ride home. After a few hours Charles decided enough was enough and he told everyone it was time to go, but that's when an extremely attractive women walked up to him. It was secretly Nemesis, but she had told him her name was Taylor. They hit it off and after a few days began dating. They dated for a few months before one night they slept with each other and the next morning she left. Charles only found a note on his bedroom door that said:

"I'm so sorry Charles, I just had to go. I hope you can forgive me."

Charles fell into a deep depression and began to drink. He drank more and more and finally, after 9 months, there was a ring at his door. He walked over to it and he found a little baby boy in a basket with a note tied to it. It said:

"Dear Charles, This is our baby boy, Cole. I'm so sorry for leaving you Charles but the truth is, I am a Greek God named Nemisis and before you think anything, yes I do love you. I want you to treat our boy well and take him to Camp Half-Blood in New York when he's ready. I believe you'll know when that time comes. Love Nemisis."

He took the boy inside and was surprised to find a box next to the boy. In it contained a small dagger that he then put in his closet. Cole grew up a rather normal life, going to school, making friends, etc. Cole was rather liked in school until one day a bully moved into his neighborhood and began to bully Cole. He would shove him into lockers and would also steal Cole's things. After a few months Cole had enough and got in a fight with the bully. He eventually accidentally used his power to make the bully lose his balance and fall allowing Cole to attack a bit more and eventaully he won. He was fine from then on until one day when he was 13 he went to the local Pet Adoption Center and he found a strangely large, black dog with red eyes looking at him. The strangest part was that it wasn't in any kind of cage. It soon lunged at him and, being a child of Nemesis, Cole was able to easily dodge it. Cole began to run back home witch was 4 blocks away and by time he had reached 3 blocks the dog caught up to him and lunged. Soon a man that was sitting outside of the local Coffee House drinking a Latte ran over and tackled the animal and when he stood up there was a sword dug into its side and it died. The man said he was a Demigod named Connor and he was a Child of Zeus. The man took Cole home and told Charles about everything. He then urged Charles to send Cole to Camp but Charles said no. He wanted the man to teach Cole everything he knew in combat. When Cole turned 14 he was knowledgeable of much of Greek History and also knew quite a few fightng styles. As a birthday present Charles taught Cole in Military Combat as well as gave his son the dagger. He told Cole how he must now go to Camp Half-Blood so he can be safe and they drove. They eventually made it to the Camp and Cole said goodbye to his father. He walked in and was soon claimed by Nemesis and now resides in Camp.

Children of Nemesis have the ability to send a small wave of energy which will cause anyone effected to lose their balance and fall; after the effects have worn off, a person is immune to further effects of this for a moderate time.

Children of Nemesis, after receiving a wound, are able to empower their next successful attack, causing it to do more damage than it normally would.

Children of Nemesis can create a field of energy around them that causes all people nearby to lose their balance fall to the ground and continue to fall if they try to get up; the user is drained the longer the field is sustained.

Children of Nemesis are innately balanced and are great at climbing.

Children of Nemesis have innate reflexes which allows them to fight and dodge quickly.

Children of Nemesis have the ability to cause someone near them to regard others with no personal favor or disdain and consider everything based purely upon facts.

For every attack against them, Children of Nemesis have the ability to create a counter-attack that is equal in force to the attack made against them. The user is temporarily vulnerable and weakened after each use, so they must be used sparingly

Children of Nemesis have the ability to link themselves and another person into a state of pure balance, forcing the other person to mirror the child of Nemesis’ movements without the ability to move of their own accord and while this link is sustained, any wound that either of the two suffers, the other suffers it as well; once the link is broken, on top of retaining any wounds sustained while linked, the child of Nemesis is greatly drained and unable to fight for a moderate time.

Children of Nemesis can create a field around them, and anyone within that field has their demigod powers neutralised for a short time, anywhere from a few seconds to a few minutes, this puts anyone fighting around the child of Nemesis on even turf as they all can only use their melee/hand to hand combat skills to fight with. While the child is perpetuating this field, they are not able to attack themselves and are vulnerable.

Children of Nemesis tend to be well balanced people 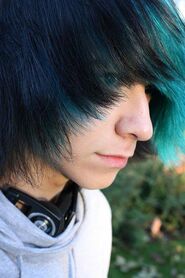 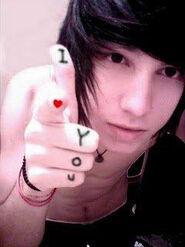 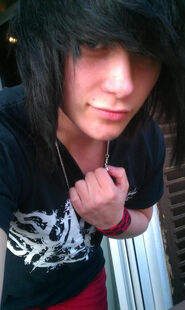 Retrieved from "https://camphalfbloodroleplay.fandom.com/wiki/Cole_Tylo?oldid=1633588"
Community content is available under CC-BY-SA unless otherwise noted.