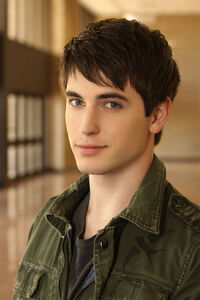 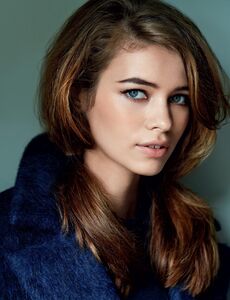 Personality: Gavriel can be a nice person, and sometimes, he's the total opposite. He was once innocent and frivolous, even, but reality was too hard on him to still let those qualities continue living in him. Dividing his time among people and solemn pondering about how to accept everything helped him get over losing those he'd build a relationship with easier and less painful. Although he tried to forget them, they'd always come back in his mind, bugging him every single day. So he doesn't forget them, and always put the thought that they are in peace, in a better condition. That puts him in ease. Gavriel can get really moody at times, turning from a jolly to a harsh person in a blink of an eye.

He loves having someone around, even though he doesn't speak quite that much. Taciturn and imperturbable, his demeanor may seem capricious to others, some may find it comforting, knowing that he may not do any harm. Even though he holds himself with a seemingly regal air, he is polite and generous as his temper holds long. Though his temper metre magically grows longer when it comes to Samirah, or Sam, as he calls her.

Personality: Samirah is not a quiet person. She'd probably do anything to annoy you. She is compulsive, impetuous, and brazen. She is worse once you get to know her well, but her heart is soft and fragile. However mean you find her, she is as kind as she is brash. Moreover, she's smart when it comes to trusting people, given her history of meeting lots of different kinds of people. She loves fashion, but isn't the really-girly type of person. She loves showing off, most especially to her partner, Gavriel, who seems to be the only one who can beat her.

Judging from her past, she is broken and confused, so sometimes she gets stuck in dilemmas, whether choosing the side that is right or the side that she feels is right. She tries not to get involved to a lot of people, not wanting to be hurt again, although she's overcome that fear. She likes being comforted, or told jokes to, or being flattered. She tends to play along with people, like flirting when someone does, acting sad when someone is, and laughing when people are (when it comes to corny jokes, she'll stay away). Overall, she's a sort-of-complex person, but a sweet and caring one to those beloved to her, like the kind of love she was born from.

Retrieved from "https://camphalfbloodroleplay.fandom.com/wiki/Contest:Finding_the_New_Matriarch_and_Patriarch/Gavriel_%26_Samirah_-_June_and_Kou%27s_Entry?oldid=1733003"
Community content is available under CC-BY-SA unless otherwise noted.