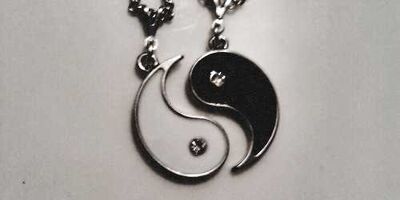 Best wishes to all the participants!

Things Must Be Seen

These are the Patrons already taken with the matching characters. Patrons shall not be repeated. Prior to entry, please reserve your patron choice asap. 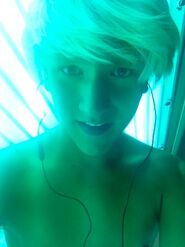 Lady Ichnaea, goddess of tracking and tracing was venturing through the dark woods when she saw a light flashing in the distance. Her curiosity got the best of her and she strolled further into the woods until she reached the cabin. Upon knocking on the door, it squeaked open and Ichanea was blinded with a shining light. Covering her eyes she walked into the cabin and a young man walked out of the kitchen. They greeted each other, the man hesitant to call the cops, and after speaking for a few minutes, the two felt a connection.

Whilst this conversation carried on, three other goddesses were travelling in the woods when they were greeted by the shimmering lights of the cabin. These three goddesses being Angelia, Pheme and Aetna. With four goddesses now basking themselves in the presence of young Charlie Hacker, Charlie was confused as of why these four women were in his house. But eventually they had all became intoxicated and each goddess had small bits of what at the time they had called "Charlie Love!". 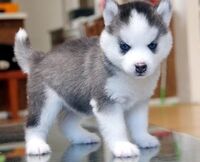 Note:This entry is tied in with Unu's quest The Quest To Rescue Athena's Priestess

Thalia's just a normal girl who became a Priestess of Athena, who before she did not believe existed. Kate is a very smart girl who would rather read books about fact rather than fiction. She's narrow minded and when she started seeing the monsters, she always tried to find a scientific answer to it. What drew Athena towards her is her brilliant mind. She often gets the first honor and the smartest girl of her grade. Even if she's very smart, Thalia has her own flaws. Aside from being narrow minded, Thalia's also selfish and can be rude to people who don't agree with her views. She's very independent and speaks in an important tone. When she got taken to Camp, she got along well with Athena's children and still does.

Shall be completed by the deadline, I promise >.< 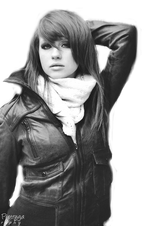 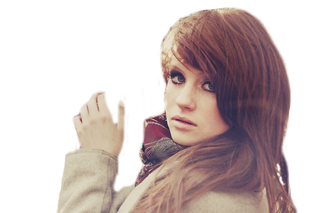 Age: 17
Her patron: Boreas, god of the North Wind/God of the Winter Season
Other/Personality: Before, Eira was, and still is, just a mere mortal, who thinks she's lost her mind. Having seen so many sightings of monsters and other creatures of Greek Myth alike she's bound to be more than slightly bonkers, in the opinion of a mortal, these creatures aren't suppose to be existing. Her favorite season is the winter season. She would so love to run out and make snowmen, fall to the ground and move around, making snow angels, and maybe capturing the falling snowflakes with her tongue and hands.. if she wasn't so distracted by her imagination.

Eira tried to run away from all her visions. One day, she thought. All her visions would go away, every single one of them. Then she would live in peace again. As much as she thought it would, but it didn't work. She tried to run away many times, she tried to forget, she ignored everything that urged her. She didn't accept it as a fact. She didn't and probably never wanted to accept it.

But as from now, Eira sees that her sights wouldn't bound to be going away very soon. She is going to try and accept them instead. No matter how crazier it gets. She'll get used to it. Of course she will. Eira wants to be strong now, she wouldn't back down that easily, no. Eira appears to have a slight stutter in her voice, especially when greeting another.
Possessions: Just a pocket knife, Frost.

The snow poured down like a storm outside the little house located in the north of the country. A little girl, of the age of six, just stares out of her window, tracing with her fingers, on the fog that crept up the pane, covering it with frosty mist. The features of the young girl were indeed striking. Ice blue eyes and tangled, yet elegant red hair frame up her porcelain like face. For her age she had an almost, willowy-like build, and crooked fingers.

A middle-aged woman, her face wrinkled yet graceful at the same time, says to her, touching the young girl's shoulder as well. And she walks back towards the tiny kitchen without any other word. The little girl, Eira, nods absently and gets up. Before walking towards the kitchen, she looks out of her window again. The storm was going down fast, everything was nothing but white. Then there was a flash of brown, and a pair of hooves was what it looked like barged through the snow, this was happening not far away. A man wearing a scarf around his neck, and a warm jacket. Yet he didn't have legs, the lower part of him was something more of a goat than man. A half-man and half-goat. Eira stared at it for a long time, until..

"Eira?" The voice came from the kitchen.
"Coming, mother, sorry." And she walked to the kitchen, unable to get the image out of her head.

Eira never saw the man, or goat, again. Though as the time passed it grew stranger.
WIP... 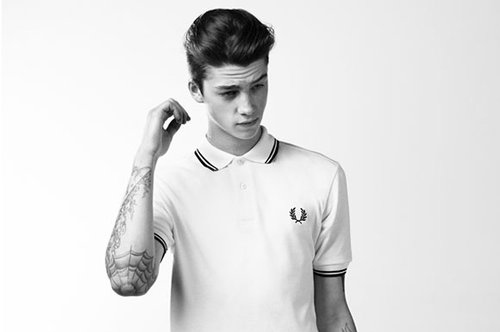 Eleos and Nomos had always loved each other, they for a long time had had a secret relationship while they worked. After some years Eleos bore a spirit for Nomos. They quickly named him Beleos. Beleos at his fathers will was sent to Athens, pretending to be a mortal, to study as a normal student the ways of the Greek world. He saw many things in life here and was a great athlete and philosopher. He exceeded in every class he did. He loved Greek life it was so fun and full of mystery, he loved reading about how the gods had helped great heroes like Hercules and Odysseus.

Beleos didn't like to live with either his mother or father. He preferred to be . free, within reason. He still listened to them but didn't like being around them. After about 2 years of learning Ancient Greece fell on it's knees to The Roman Empire. Beleos and his other nymph friends fled to the woods where they waited out for words from someone. Beleos had a vision of rocky shores, green fields and long yellow roads. Beleos and his friends decided that this was an image of Cypress so they quickly went there.

For hundreds of years Beleos served while Olympus moved to and fro from great civilisations to the next. Until it stopped in America. Beleos was one of the only nymphs left here and so he decided to leave for the U.S as soon as possible. Once there he loved it, what an amazing and new place full of new mysteries and history to discover. He loved New York and it's National History Museum the most even though it had a lot of false information on the Gods.

Once here he quickly got a vision from his mother telling him to find Camp Half-Blood. The directions were pretty easy to find since he was a nymph and had his mothers and fathers help. So he found it in less than a week. He walked up to a stone arch and slowly entered the sun filled valley.

Like his mother Beleos is kind and forgiving. Many think this is a bad thing as he can't hold a grudge at all. But on the other hand he is very charitable and will not ask for anything at all. He will always try and full fill his task with no ones help and can be stubborn like that. He loves making new friends though, except angry, mean people. He will never judge a book by it's cover but tends to stay away from ruff looking people along with the dirty and mean. Beleos also loves to be different. It's boring just being another dude you have to be That Dude the guy who's cool and different.

Beleos is Eleos' oldest child and her first. He's proud of his mother and want's everyone to know that he is Eleos' child. He also wan't to fulfil his mothers wishes like he's done in the past. He also wan't his mother to have more recondition in Camp like the other gods and goddesses.

Beleos again is her first born. She trust's him with all her heart. She may have many children but only Beleos is happy in fulfilling all of her wishes in Camp. She usually speaks to him as well via dream's and visions.

</div>
Retrieved from "https://camphalfbloodroleplay.fandom.com/wiki/Contest:Priests_%26_Priestesses_Scouting?oldid=1023497"
Community content is available under CC-BY-SA unless otherwise noted.