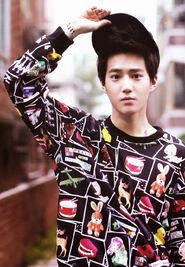 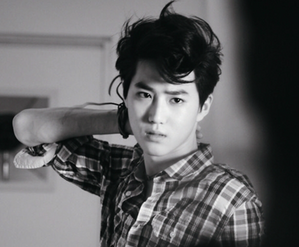 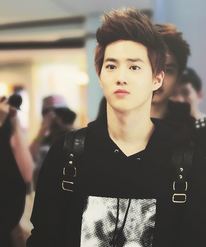 Personality: Saeryun has a constant need to flatter people in order to see their smiles, coming off as charming or flirtatious. In general he's nice and pleasant to talk to, to some extent. Despite this, he has a terrible temper which he is currently working on and he is pretty arrogant. Due to his upbringing and how Kyuri clings onto him, he has developed a leader-like personality and does expect to be paid some form of attention to.

Saeryun is also very well known for his fear of a lot of irrational things due to his history - the fear of being caught doing something wrong a prominent one. Other people's well-beings are also placed in front of his own due to the undertone desire to make himself look good to be noticed. Although he usually takes the leader role, he isn't opposed to people taking over and enjoys having discussions on trivial topics about how things should be ran and such. 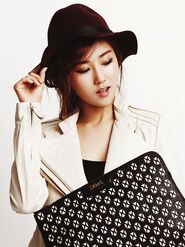 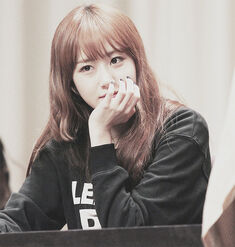 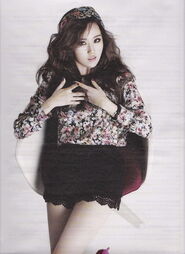 Personality: Kyuri is a very respectful young lady. Being raised by a woman who had taught her to always be a loving and sweet housewife, she never really rebelled aside from her defection from North Korea to South Korea. She is always willing to lend a helping hand and even if it means putting herself at risk. Aside from her sweet nature, when she is around Saeryun she often acts very childish, wanting him to feel as though he is a few years older, over only being a few minutes.

She is often very reliant on people such as her brother Saeryun, coming off as needy at times. She often relies on Saeryun for help or sometimes even advice. Although she can be needy, she often doesn't like people taking over her projects or offering suggestions, making it an odd combination. She likes taking charge in most activities that have to do with group, but as she was always taught to be a housewife she never really assumes the position of leader, often leaving the position for Saeryun.

Kim Jongseok was a military adviser for the North Korean army. A very strict man, who took great pride in being able to help the Korean government. Kim Jongseok was married to a woman named Moon Yi-Na. The two had been trying for a baby for a awhile, and eventually the day had come on August 17th in 1978. Yi-Na had waited for her husband Jongseok to return from a meeting, and when he did she told him the news.

After a few months, the couple found out that they were going to be having twins, a boy and a girl. When the two children were born, the couple named them Jongseok II and Min-Young respectively. The two children were raised to be prim and proper members of society. Starting from when they were first born, they had always been told what to do and if they did it wrong, they'd be reprimanded. Even during their young years of life, they were scolded.

As the twins grew older their hatred for the "American Bastard" only intensified due to their father's indoctrinating ways. Their father had always been close with the President, Kim Il-sung , and as such Jongseok II and Minyoung had met him many times, being praised for being ideal North Korean children. As their ninth birthday grew close, their mother had been arrested on suspicion for bedding an American solider in forms of pornography. Only a few weeks from her arrested she was executed publicly. Although still young, the hatred that the twins shared only intensified further.

Their lives rarely strayed from a strict routine from that moment onwards - they would go to school to learn how to fulfill their gender roles to their best ability, return home and continue other studies further and finally they would often have dinner with their father who often invited other military officials and their families. This routine didn't change until they turned 17. The gods, especially Zeus, had been concerned about how the new leader of North Korea, Jong-il had been running the country, and as such decided to keep a close eye on him. Although they had mighty power they wanted to have someone close to the president to serve as their spy, feeding them information so they could monitor him even closer. Zeus had spotted Jongseok II and Minyoung and visited them, posing as another Korean general and told them of their roles given to them by him. Apprehensive at first, both twins eventually accepted and every single time they met the President and spoke to him, they told Zeus all he had said. The twins did this regularly for a year before they were caught in February 1995. Only a few days after their arrest they were sentenced to public execution by firing squad the following year. The gods, seeing this proposed many ways in which they could be saved, Hades denying them all, stating that they had been sentenced to death and as such, should be allowed into his realm. Zeus agreed on the condition that they would get into Elysium in which Hades complied with.

After the council meeting of the gods, Demeter ventured down to earth and visited Jongseok I and had told him of his children's true occupations. By this time, Jongseok himself had become rebellious and upon hearing that his children could be reborn once more, accepted quickly. On August 13th 1996, Jongseok II and Minyoung were executed and Demeter captured their souls secretly and placed them in two trees in one of her sacred gardens in Greece.

As the plan Jongseok I and Demeter had formed took place, starting with the twin's souls being placed in the two trees situated in Demeter's sacred garden, the next step was for them to conceive new children. With Demeter feeling attracted to Jongseok I, she was fully willing. After the two had sex, Demeter gave birth only a few days later, and as she placed the souls of Miyoung and Jongseok II in the two newborn twins, they were then reborn.

The next step in the plan that was formed by Demeter and Jongseok I was to have Mnemosyne erase the children's memories, so they didn't remember anything of their past life. Mnemosyne agreed to this, as long as she got something in return. She wanted one of the twins to one day be her servant, both Jongseok I and Demeter obliged to Mnemosyne's wishes, and with that she erased the twins' memories from their past life.

Unlike their previous life where they were together at all times, the twins were split up by Jongseok I at a young age. At 3, Jongseok II remained in the capital, Pyongyang where as Minyoung was sent to Amsil, a village near the South Korean border. Jongseok II was taught on how to become a great military soldier or leader to carry on his father's name whereas in contrast, Minyoung was taught how to be a good housewife. Both twins were taught how to use basic daggers, strictly instructed by Demeter to Jongseok I, stating that they would need it in their later lives.

As they got older the two became more rebellious and began to go against the rules their guardians had been put into place. The two sent more personal letters (the previous ones being on formal terms and strictly about their education) and gave each other different names. Jongseok II became Saeryun and Minyoung became Kyuri. As they got older, their education became more intense and by the time they were 13, they had a decent amount of knowledge in their fields of education and growing skills in using their daggers.

~ This is where the individual histories come in ~

Retrieved from "https://camphalfbloodroleplay.fandom.com/wiki/Contest:Twin_Demigod_Contest/Jung_Saeryun_%26_Kyuri_-_Oli_%26_Brocky%27s_Entry?oldid=1392958"
Community content is available under CC-BY-SA unless otherwise noted.