Cori Phoenix
Child of Mnemosyne
(This Character Belongs to Shady)

"What you do today creates your future" - Cori Phoenix

I see every day as a lucky day. I Like playing music, reading, and dancing and I Love quite, sunny, places. I Hate Loud, Busy places and attention

Ever since me and Courtney were little, we've been best friends. We do every thing together. We played, laughed, cried, sang, dance, and enjoyed each other's company. We live with my twin sister, Courtney and father, Andrew who teaches English at University of Phoenix in Arizona. Our home is a little green house near the University. Every Tuesday evening, dad would take us to a little diner outside of town. As we grew older we would write books together. I would draw and Courtney would write. At school Courtney was the smart wiz and I was the sports wiz. While Courtney got A's and A+'s, I got C's and D's. But, in sports I was always picked in first five while, Courtney was always chosen in the last five. During, the summer the we worked at the collage for a young teacher named Lilly May. We would be in charge of cleaning up all the classrooms after her classes. All through school until high school it went on like that. On the first day of high school we met a brown hair boy named Grant. He also had a slite limp. The first week of high school, we started getting attacked by monsters. One of the monsters, which was an Emposi attacked us after school. Grant who was a satyr showed up and quickly took us to camp. When we got to camp we we're quickly claimed by our mother, Mnemosyne. I love camp but, it felt like something was missing.

I have long, choppy, blonde hair and pine-green eyes. I'll wear any t-shirt or tank and camo cargo pants with combat boots. I won't wear skirts, dresses, pink or some purples.

A small best-friends necklace that's in shape of a small silver sword and a small metal notebook. 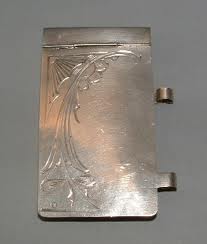 InkHeart is my young black pegasus mare. I saved her from a hellhound attack on my way to camp. I killed the hellhound and continued on my way to camp but, InkHeart followed me. InkHeart chose me as her owner after that and I named her InkHeart in honor of my mother, Mnemosyne. Now, InkHeart stays at the stables with the other pegasi. 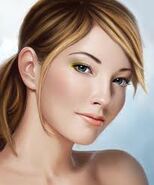 Retrieved from "https://camphalfbloodroleplay.fandom.com/wiki/Cori_Phoenix?oldid=1528033"
Community content is available under CC-BY-SA unless otherwise noted.