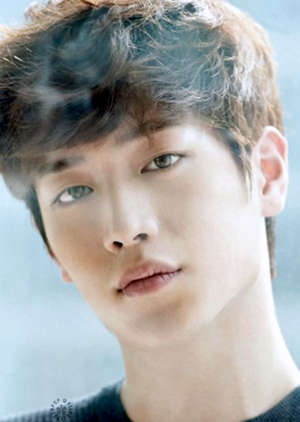 Born into a very wealthy and respectful family, Dakota has always tried to live a very upstanding life, keeping in mind that image of him went down the drain when he had a baby as a teenager, but nonetheless his morals stayed relatively the same. He has always respected those who gave him no reason not to respect, and for those who did give him a reason not to, he still handled them with extreme kindness unless otherwise provoked. In the case of being provoked however, many people often don't want to be near Dakota as he's known to have a very hot temper. Spewing words that can often times sting.

Some may call Dakota dull when he doesn't go out to have fun with friends, but keeping in mind his given past (procreating the first time and almost dying the second), he'd much prefer to stay at home or even invite people over to his home to have fun. Though he's rather reserved at first, considering he's used to only showing his best self in front of people, he will eventually warm up to people and let his true nature show. With that being said though his true nature isn't all that different than his normal personality, he's just a lot more outgoing and less serious about things.

Hwang Jae-Kyung was a rich businesswoman born in Seoul, South Korea during 1945. Woman in her field aspired to be her, and men in her field aspired to sleep with her. She had it all: looks, personality, a cheerful life, and wealth. The only thing she didn't have was a suitor, but that wasn't a necessity to her because she didn't think she needed a man, and she certainly did not. But she certainly wasn't one to complain when a fine man would wonder into her life. Casual hookups were honestly the easiest thing for her to do, no strings attached and nobody to weigh her down in her successful life.

However, that all changed one day when she had discovered she was pregnant. Who the father was she had no clue, but she figured it was probably a man from about a month prior to her discovering the news. He was tanned for a Korean man, but if anything it made him look even handsomer in her eyes. Like all one night stands, Jae-Kyung woke up to half the bed being empty, and she was perfectly fine with that. No strings attached, simple, just like she wanted it to be. However this one night stand, came with one eight pound string.

After going through a nine month pregnancy, Jae-Kyung gave birth to a beautiful baby boy whom she named Dong-Jun. Man was this kid a screamer when it came to going down for a nap. He never wanted to stay down, and had pretty much mastered the art of climbing out of cribs by the time he was nine months old. Though it normally ended with him plopping onto the ground, screaming even more. Nonetheless, Dong-Jun was a very positive baby. He was always laughing in the presence of company and it was very unlike him to cry, unless he was being put down for a nap of course.

About a month or so after Dong-Jun's first birthday, as well as his first words, Jae-Kyung got a job offer in Orlando, Florida. After moving to Orlando she figured since Dong-Jun still wasn't adjusted to his name yet, it would be a good time to change his name to an English one. It was then that he was given the name Dakota. Growing up in Orlando was perfect for Dakota. He ended up going to a prestigious private school, had lots of friends, and was generally living a very positive and upstanding life. His grades were some of the highest in his class, and men and women a like fawned over him quite often.

We're getting a little ahead of ourselves however. Going back to when Dakota was nine years old, he was walking along a beach outside of his mother's office when he heard the oddest sound. It seemed almost like a dog growling, but he couldn't see a dog anywhere near him. It was when he looked up onto a roughly five foot tall rock ledge that he saw what seemed to be a giant mastiff, bigger than most of the breed. Little do he know at the time that it was a hellhound. Once the beast had jumped into the sand and nearly pinned Dakota down in the process, the young boy managed to escape and ran for his mother's office. Closing the office door's just in time for the beat to crash into them, running off afterwards.

After that day it's safe to say Dakota couldn't look at mastiffs the same. But that certainly wasn't the last attack to come, many more hellhounds followed him throughout his tween and teenage years. Even a cyclops appeared at one point, only for it to end up getting hit by a transport truck when Dakota ran across the road. To be perfectly honest, Dakota had gotten pretty good at running away from the beasts that never seemed to stop attacking him. Sometime during these attacks, Poseidon had claimed him.

When Dakota had turned seventeen, his upstanding image came crashing down around him. His friends at the time, who to be honest weren't the best of people, created fake IDs for themselves and Dakota with the intend of sneaking into a bar. At first Dakota flat out said no, but that darn old peer pressuring can really knock a person down, and so Dakota accepted their offer to go to a bar and those that was the night Dakota had his first alcoholic beverage, or maybe twelve would be better suited for this description... Either way it's safe to say Dakota had gotten pretty drunk, and considering his friends weren't the best of people they had left him there by himself. While at the bar however, Dakota met a woman who seemed much older than he was, at least twenty-five in age. It didn't take much flirting on her part for Dakota to become interested in the woman (who just so happened to be the goddess Pandia), and proceeding the flirting she managed to seduce him into sleeping with her at her hotel room.

Some say you never forget your first, but Dakota didn't remember anything from that night and when he woke up the next morning it was a miracle he didn't die in his sleep from alcohol poisoning. Waking up was a daze, as was most of the day. He didn't know where he was, and he certainly had a hard time getting home before his mom could notice he wasn't there. Things got even worse for Dakota when a little under a month later, a baby was on his doorstep with a letter indicating it was for him. His mom was livid when she found out that 1) Dakota had underage sex, 2) he had unprotected sex, and 3) he now had a baby to take care of.

Dakota had lost most of his mother's trust, as well as the respect in his private school. Having to take his baby boy (who he decided on naming Finnegan) to class wasn't necessarily the most honorable thing to do at his young age. But he had to power through an ultimately ended up graduation, his grades never dropping in the process. Four years had passed and Dakota was honestly quite happy to be a father, granted having his own room at university with his son and not a roommate wasn't the most ideal thing for him, but he made it work.

Unfortunately for Dakota however, his life came to an end on his twenty-first birthday when he was going to meet his friends for dinner. Finnegan was staying with Jae-Kyung at the time and while Dakota was driving he was attacked by a cyclops. It was so powerful that when Dakota ran into it with his small car, it was crushed against the rather larger than normal beast. The crash wad heard by many, and when people came rushing to Dakota's side he was quickly brought to a hospital. Not long after, Dakota fell into a coma.

While in his coma, Dakota was brought down to the underworld, almost as if he was a ghost. Leading him to believe that he in fact was a ghost. But the fact that he could not move on was what tipped him off in the first place, and Persephone vowed to help him figure out how to wake up from his coma. She figured it out rather quickly, in fact it didn't even take a week. But she was far to enticed by his good looks that she wouldn't dare let him leave. Even going as far as making his mortal body immortal so it would never age and when he went back to it he'd look the exact same. Dakota had spent almost fifty years in the underworld, so long that Persephone actually had to steal his body from the hospital just so they wouldn't consider him dead. The reason it took so long remains a mystery to most, put Persephone knew it was because she put a curse on him.

Eventually her curse died off, and Dakota awoke from his coma. Realizing this and not wanting to go through the questions of Dakota's personal life prior to the coma, Persephone completely wiped his memory and had him wake up at the gates of Camp Half-Blood, naked of course (she wouldn't dare have it any other way). He couldn't even remember his own name until a week after arriving.

Retrieved from "https://camphalfbloodroleplay.fandom.com/wiki/Dakota_Hwang?oldid=1734642"
Community content is available under CC-BY-SA unless otherwise noted.