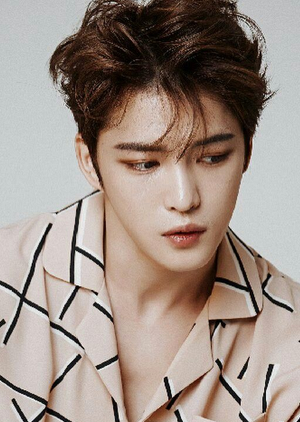 Hotheaded, cocky, confident, and intimidating are all common words one would use when describing Edison. And while true, that's only the beginning when you're trying to understand the confusing person that is Edison Mae. Strict and stern, Edison lives a very structured life in the Champions of Othrys and he doesn't like when things detour from a plan that was set in motion. During those instances is when his hotheaded tendencies will more than likely come out and he'll lose his temper on those around him. Having quite an aggressive presence, most see him as the cold and stoic champions' trainer and councilmen he likes to portray himself as.

Edison has never been one to take shit from anyone and if you burn a bridge with him it's rare it'll ever be mended completely. Forgive but not forget, getting back on Edison's good side is near impossible. Being on his bad side is not a place you want to be as he'll make sure if he sees you again to make your life miserable. It's what makes him such a great enforcer and leader when it comes to missions and battles carried out by the Champions of Othrys. He wont stop until someone in his way is taken down, whether by surrender or death, he'll want you gone.

Very few people get close to Edison enough to see he isn't all about enforcing pain and instilling fear into those around him. Although rare, he is capable of having a good time where he can drop his serious facade and just enjoy life.

Long ago during the first Titan War, the titans knew that they weren't going to win. After figuring this out, they decided it'd be best to ascend to the mortal world and have offspring with mortals in order to ensure their legacy would continue on when the gods won the war and potentially locked them away. Atlas was one of the first titans to ascend down into the mortal world to have offspring with mortals, and he decided to go to Seorabeol, South Korea (known now as Gyeongju), viewing it as a more off the grid place.

While in Seorabeol, Atlas met a woman who went by the name of Cho Si-Yeong. The two had met while Si-Yeong was working on her parent's crops, she was only seventeen years of age at the time and when she saw Atlas stumble onto the families' property in a somewhat ill manner, she quickly rushed to help him inside. While inside, Si-Yeong's parents left the property to go find some medicine to help him, however when they did so Atlas revealed he wasn't actually sick. When the two were finally alone, Atlas managed to seduce Si-Yeong into having sex with him, and almost immediately after they finished he went back to fight in the Titan war.

Si-Yeong's parents were certainly not happy when the discovered their daughter was pregnant. Since they were a family with a high amount of honour to their name, they new having a pregnant seventeen year old daughter would jeopardize the family name. It is because of this that after Si-Yeong gave birth to a baby boy, they set him outside in a pile of hay while it was raining. Roughly fifteen minutes after, a farm hand found the poor baby outside. Her name was Mae Mi-Yoon. She was the only farm hand the Cho family had, and she knew that Si-Yeong's baby wasn't wanted by the family, and so she decided to take the little baby boy home to her own husband Seo-Wook. It was then that the couple decided to name him Il-Cheon.

Il-Cheon grew up normally to say the least. He, despite always working on the Cho family farm with Mi-Yoon, never found out that Si-Yeong was in fact his mother. From the age of five to ten he worked on the farm, however a few days after his eleventh birthday while he was on the farm, he was attacked by a cyclops. Lucky for him a satyr was nearby to stop the cyclops from killing him. However before the satyr could talk to Il-Cheon, he ran back to the Mae's household.

Attacks of this sort kept happening every year, and the time span in between each attack only decreased every single time. And during every attack Il-Cheon somehow managed to evade the monster each time. It wasn't until he turned twenty-four when a monster attack threatened his life. While being attacked by a hellhound, Il-Cheon lost his balance and was quickly bitten by the beast. Right before he had given up on fighting the beast away, Phoebe saved him from certain death.

However, Il-Cheon's injuries were far to severe for him to recover, and he went into a coma. Phoebe however made sure he wouldn't grow any older by turning him immortal, she did this because she was infatuated by his good looks. Il-Cheon didn't wake up until after Phoebe was already starting to fade. It was only a year or so after his attack, but a lot had happened in that year. Il-Cheon being so thankful that Phoebe saved his life, had sex with Phoebe which resulted in the birth of his son Kang-Joon. As a final parting gift, Phoebe also made it so Kang-Joon would also become immortal by the time he reached eighteen.

Il-Cheon was happy to have a son of his own, however it was hard for him being a single father because he had no way to provide for Kang-Joon. After Aphrodite took an interest in him, she brought both Il-Cheon and Kang-Joon up to Olympus, where Il-Cheon served her as one of her attendants. It was at Olympus where Kang-Joon turned immortal, and Il-Cheon also took on the name of Edison while Kang-Joon became Arden. Also, Edison met a guy named Nianzu while serving Aphrodite. Nianzu was also a servant, and although they didn't speak much Edison found the man very handsome, which was odd for him as he predominantly identified as being heterosexual.

After many many years had passed, Edison had finally been let go from his years of being a servant after Aphrodite decided to let him free. This happened in the year of 2009, and Edison moved into an apartment with Arden. After leaving Olympus, Edison had a very stale opinion of the gods, as he had seen how they acted for more than 2000 years. Roughly two years later, Edison met up with Nianzu again, and he himself underwent a name change. He had since become Kingston, and the two embarked on a friendship together. They both shared the same views on the gods, and after another two years filled with planning a new group and starting their own romance, Edison and Kingston had gotten married in 2013. And then in the early half of 2015, their organization was created. It was deemed as the Champions of Othrys, and the intent of the organization was to bring back the Titan's reign.

Powers of a Child of Atlas:

Retrieved from "https://camphalfbloodroleplay.fandom.com/wiki/Edison_Mae?oldid=1805969"
Community content is available under CC-BY-SA unless otherwise noted.