This character belongs to Pandy-bear

Elsa is a mysterious type of girl. Everything about her is a secret even her history and who her creator is. But she covers that up by being a b*tch and shutting her self from the world and by lying.

My name is Elsa and I was created by Khione to do most of her dirty work and be her slave. A couple of others were created too. As an ice nymph I have ice powers but I am very different from most ice nymphs/spirits. My powers, for some reason, are controlled by emotion and they are very hard to control. But I had to keep that hidden or else who knew what Khione would have done in the start. So as I kept that fact hidden, I noticed that when I was at a neutral state, my powers didn't go crazy and I stayed that way for a very long time. I was known as Elsa the emotionless ice nymph since then. I served Khione (more like her slave than servant) for many years and believe me, she has issues that are unsolved. Khione treated me and her other... servants very badly and often punished us if we didn't get things done on time or if we did a mistake (no matter how big or small). Everybody either got angry, or cried. I just remained emotionless because if I set off my powers, I probably would hurt somebody. Then one day, Khione was yelling at me and that's when I couldn't take it any more. I got very very angry and my powers set off. I just waved my hand and ice started forming everywhere. A blizzard came up and most of the things froze because of it. The nymphs and spirits got scared of me. Khione saw this and said that something had to be done about me. So she sent me here to camp half-blood, where I can destroy this place instead of her... wonderful palace.

Note: This is the one she tells people.

Boreas created Elsa and a couple others since he needed more servants to help him. Elsa was one of his finest servants that Boreas had, but seeing that he only created so little servants, (which he needed more of) he created many more to help him. Many of them mastered many things Elsa and her other friends (the other servants Boreas created) knew and they felt like they had no purpose in life. Boreas saw that and he told them that in the winter, Elsa and the others can help the camp while in spring and summer, they can come back to his palace to help out over there. Seeing it as an opportunity to meet new people, Elsa agreed to go down to camp and help out.

Elsa's gloves. She wears these no matter what the weather is.

Elsa's bedroom. you can get there by going here. 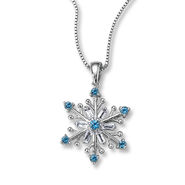 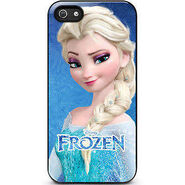 Elsa's iphone.
Add a photo to this gallery
Retrieved from "https://camphalfbloodroleplay.fandom.com/wiki/Elsa?oldid=1226485"
Community content is available under CC-BY-SA unless otherwise noted.