Wine Nymph
This character belongs to 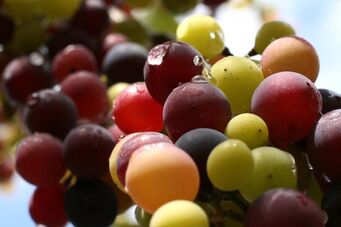 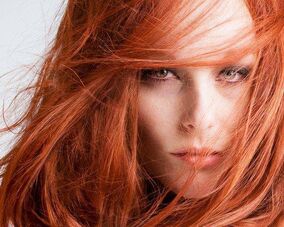 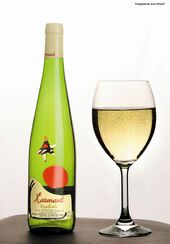 Emelia was born a regular mortal, raised by her two loving parents. She grew up primarily wealthy, as her father was a successful banker in the late '30s. The Depression was just about over, and so Emelia never had to deal with any of the worry from that time. Her mother always doted on her, raising Emelia to be a socialite. When Emelia was about 17, she met Dionysus at a gala her mother had thrown in her honour. He was under the guise of a wealthy business man, and became instantly enamored by Emelia's fiery spirit and personality. They exchanged a few words, and Emelia was highly intrigued by him. Her mother caught them conversing, and gave her approval of their relationship- having her daughter marry a man such as this one was all she could hope for. Dionysus began to court her, and Emelia was thrilled. Her father was esctatic over the prospects the union would bring, the wealth they would attain. Her mother was all set to plan a wedding. Everything seemed to be going right for her.

It was a few months later when Emelia realized she had become pregnant. Emelia was frightened, as she knew the shame this would bring to her family. She went to Dionysus and begged him to marry her right then, as soon as possible, to avoid anyone finding out. Dionysus told her he loved her, but that he could not marry her. He then revealed that he was a god. Emelia was at first furious, thinking that he was joking with her. But after he explained further, she came to believe him. Emelia then panicked, fearing what would become of her.

When her mother eventually found out, she was shattered. The shame of having her daughter bear an illegitamte child was too great. She slowly withered away, becoming a mere shadow of her formerly fiesty personality. She shunned Emelia, and refused to be reasone with. Emelia's father reacted even worse. He couldn't believe that his vision of a perfect future had been ruined. Many of his clients began to talk, and his business started to decline over the ordeal. He cast Emelia out of the house, and she was forced to beg on the streets. Emelia was frantic. She didn't know what to do. She prayed to Dionysus, but he didn't know what to do. When she was about five months along, she got a case of influenza. It was just a mild one, but under her circumstances, caused Emelia quite the strain. She was greatly weakened, and was admitted into a hospital by some strangers who were passing by her where she had made her temporary shelter. The next thing she knew, she was in a hospital room, hearing the doctor tell her she had lost her baby.

Emelia was worse than heartbroken. She felt she had lost everything, even the will to live. Her health declined. Feeling sorry for her, and what he had done to her, Dionysus turned her into a nymph in her dying days. She stayed with him a while, but then got lonely. Sensing this, Dionysus sent her to camp.

Emelia is very withdrawn and shy, due to her terrible past. This has not changed at camp. However, recently, she has met Nich Dare and has started to open up.

She was formerly fiesty and fiery, a confident socialite who was flirty and daring. However, after losing her baby and being thrust into this modern day and age, she has become sort of apathetic and saddened. She is unable to forgive herself for the past events, nor is she able to forget them. Though she is still sometimes happy and cheeky, she has lost a portion of her former innocence.

Extra Info
{|width="100%" class="collapsible collapsed" style="background-color:#BF1B65"
Show Information
"The past is the worst burden to bear."

Retrieved from "https://camphalfbloodroleplay.fandom.com/wiki/Emelia?oldid=1381898"
Community content is available under CC-BY-SA unless otherwise noted.