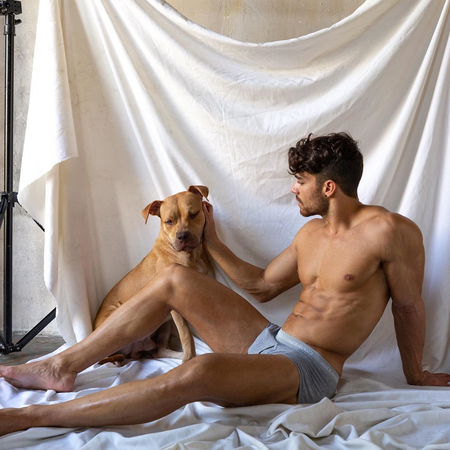 The first thing one would notice about Fabian is how loyal he is. He is an incredibly loyal person who, once he deems he can trust someone, will fiercely side with them and as such he tends to hate it when two of his friends fight. He isn't a stranger to giving people multiple chances but, that being said, when someone has betrayed him, he tends to not reconcile with them and has been known to hold grudges for long periods of time.

Many years ago a prophecy was delivered to the gods of Mount Olympus, hinting at a time where their power would be threatened and legacies would be the smartest way to potentially preserve one's lineage. The prophecy was hinted at being unlikely, though serious in nature. Subsequently, some gods took it seriously and procreated with mortals to have an abundance of demigods whilst others, perhaps the larger amount of gods, paid little mind to it and went about their days as usual - having demigods with mortals they were infatuated with, and not putting a quota on their legacy. Hera, initially, was among the latter group of gods. She didn't see a need to preserve her legacy and, at that, preserve it with demigods. So, for a few years, she went on being jealous of all the other gods as she felt like she couldn't have children like that due to her scope. Something happened over the course or a year or so, because soon she found herself looking out for a mortal to mate with. She was picky, incredibly so, and didn't lay eyes on anyone until she saw a man who went by the name Jacob Lyons.

Jacob Lyons was, for a long time, happily married and was devoted to his wife. They seemed to be the perfect love story; he was conventionally attractive whilst she, in the eyes of society, was frowned upon for her looks. Despite this, Jacob was a loyal husband and Hera admired that in him, seeing so many marriages fall because a person was approached by those more attractive than their spouse and cheat. Perhaps that's why Hera pitied him when his wife divorced him, citing differences when in reality she just wanted a piece of the large fortune he made. Although Hera could see that the marriage wasn't working out on the wife's side, she still found the way Jacob was loyal to his wife admirable - even after their divorce he remained loyal to her in the sense that he never badmouthed her or spread rumours out of revenge. And, in the wake of Jacob's divorce, Hera remembered the prophecy. Whilst she wouldn't say she was in love with Jacob, she had a deep respect for him and even she couldn't deny that he was objectively attractive and, thus, she decided Jacob would be the one to help her carry on her legacy.

Zeus supported her quest in preserving her legacy; on a petty side he could make jokes about her having a demigod child of her own but, on a more practical side, he knew how much her legacy meant to her and encouraged her in doing so if it meant she would be at peace. With Zeus' help in how to woo a mortal (basically a lot of it was spent with him telling her that the mortals wouldn't know she was the Queen of Olympus, much to her annoyance) and some tips from Aphrodite, Hera ascended Earth to mate and preserve her legacy. Mating with Jacob had proved harder than Hera had thought; although Zeus had warned her that mortals going through divorces we less likely to mate so soon (which she knew really, she just wanted to forget about that fact), she hadn't expected it to be this hard. Perhaps being the goddess of marriage worked in her favour because she was able to get close to Jacob quickly and, as a result, learnt many things about the man. She learnt he just wanted a woman who would love him for him and she also learnt that he was interested in the Greek Gods, it was a thing he loved to learn about at school. And that's when she made the conscious decision to reveal her identity to him, trusting him. He was, naturally, taken aback but believed her and didn't question it. Hera told him of her situation and said she had chosen him to preserve her legacy with and, in her regal style, asked for his consent. She offer, in return for saving her should she fade, she would bless his next marriage to be unbreakable and full of love. Seeing the incentive and, honestly finding it cool that the goddess that seemingly hated demigods picked him to have one with, Jacob agreed and within the course of a few weeks, Hera left Jacob with a baby boy.

Sure enough, a few years later, Jacob met a woman and decided to marry her and the marriage was nothing short of perfect. The two were devoted to each other and Jacob took the time every night to thank Hera for not only blessing his marriage but giving him a son - the one thing he had secretly wanted from his first marriage. Whilst Hera knew she couldn't get involved directly with her son's life, she smiled upon Jacob often and marvelled at how her son, Fabian, was growing. Jacob even went on to have two more kids but Fabian would always be special to him.

Fabian grew up being happy and healthy. He was doted on by his father and step-mother and, in return, he doted on his younger siblings. There was nothing about him that would tell someone that he was an incredibly special individual and how important he would be. He was, for a lack of better words, a complete and ordinary kid. Growing up in Los Angeles, he loved to go to the beach and excelled in school, seemingly missing the dyslexia trait and being among the rare few to do so. In Olympus? Hera looked down upon her child with pride, perhaps knowing why Zeus had so many demigod children.

Things got hard for Fabian around the 10 year mark - the year he experienced his first monster attack. You see, the Lyons family lived close enough to the beach that, by the time Fabian was 10, he was trusted enough to walk down to the beach on his own and the day he got attacked was like any other. The attack was in the form of a hellhound that had stalked Fabian throughout the entirety of his stay at the beach. Fabian was always described as being a smart kid and thus was able to at least start running before the hellhound could pounce on him. Could he outrun it? No, definitely not, but by that time a satyr had come to save the day, ordering him to run home and tell his father everything. And that's what Fabian did. When he got home he told his father everything that had happened to him and Jacob finally realised one of the things Hera had warned him about. She had said that their child would be the subject to an onslaught of monster attacks, even more so given her status as Queen of Olympus and that whilst there's a chance he'd be protected by various satyrs, he would still need some form of training himself. Now seeing the importance of Hera's message, Fabian was enrolled in archery lessons and learnt how to wield many types of bows from the longbow to the crossbow.

Year by year the attacks continued to came as Fabian reached an older age. They never got any less intense or suspenseful and, truthfully, Fabian never felt more versed. In fact, he still never knew why he was the subject to such attacks and why he'd see half-goat people protecting him. A vivid monster attack that would always stick in his mind is one that occurred when he was fifteen. A harpy was sent to attack him and had successfully wounded the satyrs that had come in to protect him. He had no choice but to use the crossbow with 'special' arrows given to him when he was thirteen. He tried to tell himself that he was shooting a target but still wasn't able to hit the harpy on the first two attempts, it sweeping and nearly wounding him fatally. It was only on the third attempt whereby he knew his life was about to be over, that he managed to pierce it's heart and kill it. He was surprised to see a pile of gold dust in the monster's place and went to ask the satyr what it all meant but, to his surprise, the satyr had seemingly vanished, leaving Fabian all alone.

By the time he was nineteen, the attacks were frequent enough for Fabian to be worried about his safety - a thing he brought up to his father multiple times. He felt as if he couldn't do anything with his younger siblings, afraid that he would be attacked with them in his presence and was determined that he couldn't hold it on his conscience if anything was to happen to them. Seeing his son so conflicted, Jacob prayed to Hera to give him an answer, should she still be watching. Little did he know, Hera had been. She'd been monitoring her son's progress, deeming him worthy enough to carry her legacy. One night when Jacob was home alone, Hera visited him. Whilst she commented that he hadn't changed and that he was among the best spouses and father figures she had ever seen, she told him that Fabian had to go to a place where he'd be safe - a place known as Camp Half-Blood. She told him that the reason why he never saw the monsters Fabian would worry about was because he wasn't clear-sighted and couldn't see them like Fabian could. She reminded Jacob of the prophecy that had ultimately brought the two together and revealed that there was another like Fabian out there and that she had given the father of the other child a location to send his child where she and Fabian would meet up and be found by satyrs and be brought to Camp Half-Blood. Jacob asked if he should tell Fabian what was happening in which Hera shook her head, saying the large intake of information would be better given at Camp rather than before. He asked how Fabian should get to the location to which Hera suggested a car journey, seeing as Fabian would get duties at Camp and wouldn't find the time to return home as often. Sensing her son was near, Hera bid Jacob a farewell, promising she'd do all she could from above no matter how little that help could be.

And thus, a week later, the Lyons family piled into their car and made their way to St. Louis, Missouri where he would meet his half-sister. It was a tearful exchange when Fabian had to be separated from his family but part of him understood that it would unlock the mystery to the monsters and he promised he'd visit them when he could. And there, not too long after, he met his half-sister; Colette Tyler. The two fought off a few monsters before being collected by various satyrs and brought to Camp. There, they were claimed instantly by Hera and quickly learned that they were incredibly special and unique, demigods that shouldn't technically exist. And, just like that, they were claimed to be the Counsellor and Lieutenant of her cabin. 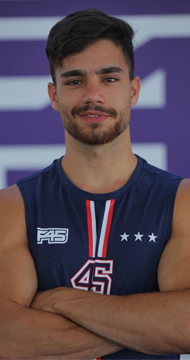 Retrieved from "https://camphalfbloodroleplay.fandom.com/wiki/Fabian_Lyons?oldid=1814502"
Community content is available under CC-BY-SA unless otherwise noted.