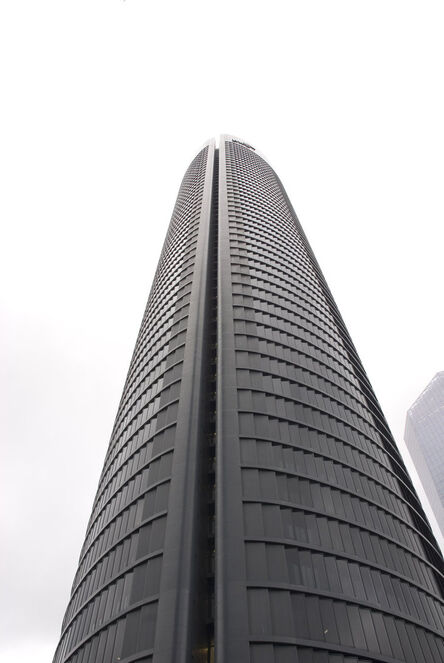 Arian: "He better not have thought I was joking.." He thought to himself as he waited for Ryder, simply standing by one of the many entrances. The protective gear he selected was a simple leather vest accompanied by knee pads, elbow pads and shoulder guards. He brought his usual set of weapons which was clear judging by the cestus gauntlets seen on his hands and the standard xiphos blade sheathed on the left side of his waist. Though they weren't all he had.

Arian was here today because he knew the Nike Cabin was taken for an insignificant joke. Which was something he simply couldn't tolerate, he wanted to bring respect to his cabin despite it's small headcount. Frankly he just didn't trust anyone else but himself to do such a task. He hoped Ryder at least had enough spine to fight him. If he didn't, he was a good for nothing coward who disrespected their mother by calling himself a son of Nike. Arian's view of the situation was harsh and straightforward.

He initially threatened his half brother that he'd hunt him down if he failed to make an appearance in the arena. Much to his dismay, it was starting to seem like Ryder hadn't heeded his threat. So he waited, quite eager to start.

Ryder: His brother simply snickered at him when he heard the announcement, patting him on the back saying You can do it! although it seemed like he knew Ryder was going to lose. He sighed and jogged off to the arena, with his usual sword and some weapons he had acquired throughout his years in Camp. If his enemy had defensive gear . . . cool. He'd rather not have them. As he went to one of the north entrances, he made sure his precious wristwatch was with him.

Arian: "Finally." He muttered as what appeared to be his brother in the distance. He raised his head to signal him before entering the tower, it seemed best to do the actual fighting in there. He was greeted by a large collection of stairs, escalators and elevators which seemed to lead to the numerous number of floors the tower possessed. But Arian didn't go anywhere, he waited for his opponent to follow him in here.

Ryder: "I'd rather lose," he murmured to himself as he inched closer to the building, getting taller and taller with every step. Better use the main entrance. So he went in and found his half-brother waiting for him, seemingly ready for anything. "Hi. Nice arena."

Arian: The young warrior drew his xiphos the moment he stepped in, locking his eyes on Ryder with a clear intensity. "Goddamn disgrace." Arian could tell Ryder just didn't want to do this. He couldn't understand since children of Nike were always supposed to be strong-willed and determined, the indifference he displayed only furthered his resolve to defeat him and claim Head Counselor for himself. Charging ahead, Arian tried making two strong slashes against Ryder's sword with hopes to send it flying out of his hands. Whether he was able to disarm him or not, he'd try landing a powerful kick directly into Ryder's left knee, it'd be nice to land an injury like that so early in the fight. "Try not making this too easy for me." The fight made him wonder how much effort his half-sibling had put into actual training.

Ryder: Hope my training helps me. As Arian drew his sword to slash at him, Ryder dodged and slid past him with an outburst of speed. His cane's wooden body then turned into a double-edged blade as he aimed to kick his opponent on his back from behind him, keeping the speed in that short burst.

Arian: His enhanced reflexes made it possible to follow Ryder's evasive movement, it was easy to tell that he was moving into position for a counterattack. Exactly what he would've done, fighting half-siblings made it easy to predict some of their actions in battle. Arian didn't waste time sidestepping the simple kick, he responded by trying to kick the single foot that held him up. If the leg sweep was successful and Ryder had fallen on his back. Arian would try impaling his sword deep into his knee, anything for a strong, decisive blow.

Ryder: Why in the world he chose leg sweeping on him, Ryder didn't know, but the moment he landed from his unsuccessful jump-kick, just a few metres away from him, his watch transformed to a shield. He took a defense stance.

Arian: "Get back here!" Arian dashed after him without a moment of hesitation, eyeing the shield especially. With a leap, the demigod had bounced into the air above his enemy. He brought down his sword as he descended, trying to give him an attack that was hard to defend against. Once on the ground, he'd continue his assault with several slashes and blade thrusts aimed for his torso. He intended on staying on the offensive, hence the aggressive tactics.

Aa, am conceding the spot, so whatever.
~ june

Retrieved from "https://camphalfbloodroleplay.fandom.com/wiki/Forum:Arian_vs_Ryder-_Nike_Head?oldid=1763815"
Community content is available under CC-BY-SA unless otherwise noted.