Haruki is a wild child with a very mean streak, despite his mom’s efforts at his nice upbringing. He loves to invoke fear and is the bully in any situation. Because of his background, he knows most kinds of fighting styles, and a lot of ways to kill a person, making him all the more feared. When people look at him, they underestimate him and he often uses that as an advantage to get a hold of people in more ways than one. The only person he has ever had personal feeling for is Steven Winterson.

Amaya was a “bad girl,” even from her youth. She at a young age fell into the wrong crowd and joined a gang in Sakai Japan, her home city. When she was 25 she realized her errors and tried to leave. The gang wouldn’t let her, she was too valuable. She was good at getting people to do what she wanted them to do, but when it came her her “mates” it didn’t work.

Once she found out that they wouldn’t let her leave, she fled. She went north, as far north as she could go. She landed in Oma, at the farthest tip of Japan. There she settled down but still in fear of her gang finding her.

After a few months, she was out shopping and she ran into a certain god, although she didn’t know it. After helping her pick up her things, he gave her a charming smile. They started talking, and eventually the subject of fighting came up, and Amaya mentioned that she was pretty good at everything. Of course, Deimos knew this, he had been following her for a while, but only now had chosen to talk to her. Deimos asked her if she wanted to practice with him, and she decided that it was a good idea, just in case her old gang found her. That was the start of their relationship. They dated for a few months before they “rolled in the hay” together.

Amaya became pregnant and about three months later Deimos leaves suddenly. No note, no call, no good bye. Amaya is devastated, but she chooses to be positive and thinks about the child she now holds. She looks forward to the future and gets ready to care for her child.

Haruki was born June 17, 1998. She wanted his name to mean something peaceful, so she named him Haruki. Which means clear sky, life or radiance.

As Haruki was growing up, Amaya taught him that all life is beautiful, and that the world gives back what you give. Karma is real. Haruki, being a small child didn’t understand. So he ignored it, but growing up, he loved his mom. He respected her, and she was the center of his world. She was the only person he wouldn’t be mean to.

In elementary school, Haruki loved to be the bully. He wasn’t very big, but he was clever, and smart, and could blame everything on someone else. He loved to invoke fear, and as he got older, he got stronger, and eventually he had a small group of boys, who were the feared kids of the school. Haruki happening to be the ring leader.

Starting middle school, 12, he fell into his mother's footsteps, and joined a gang. They asked him to join because he knew some older kids who had joined, and they knew him to be powerful, and frightening. He liked the power it brought him.

He started taking classes on fighting, and for two years grew a lot, and learned a lot. He loved learning about fighting techniques and learning about weapons. He practiced and soon mastered a few styles, and many weapons.

His mom warned him against it, and tried to get him to drop out out of the gang, but as much as he cared for his mom, and as much as he loved her, he refused. His grades weren’t great, but he was smart, so smart that the gang let him lead where fighting was concerned. He was their assassin. Silent, quick, cunning, fearless, and fear inducing. For close combat, he chose to use a disc, with a hole in the middle, the outside razor sharp. In a pinch it could be thrown like a frisbee and it could be unhooked to make two separate weapons. He stole it from a museum, not knowing that it was celestial bronze.

Around the time that Haruki turned 14, a turf war between his gang and a rival gang broke out. He was well known in the criminal world, so it wasn’t much of a surprise when the other gang singled him out to blackmail. The rival gang eventually found his mom, and told him that if he didn’t join them, they were going to kill his mom. Loving her, and wanting to do anything to save her he agreed. They killed her anyway.

After finding this out, Haruki went ballistic. With the help of a few of his gang members, but mainly by himself, he tracked down everyone he could find that had to do with his mother’s death. He didn’t care about the pain he inflicted, he didn’t care about anything. He felt nothing. Nothing and no one mattered to him. He had lost the ability to feel almost any emotion.

It took him 6 months to find everyone. During that time he unknowingly used his powers, a lot. All he knew was that if he focused on a person, he could make them terrified, unable to do much. That was how he killed them. During those six months, using his powers attracted monsters. The fear that he gave off regularly kept them at bay, for a while.

At 14 and a half, he finally killed his mom’s killers. One day he broke down crying, letting out everything that he had been holding in. The pain, the horror, and the loneliness. This made his powers “shut down” leaving him vulnerable. That’s when the monster attacks started.

The first one was when he was fighting alone outside. He heard a noise behind him, and assumed it was just birds in the trees. Then he heard the growling. He quickly turned and saw two, very larges dogs stalking towards him. He quickly assessed the situation. The dogs were bigger than any he had seen before. They were growling at him, and looked very hungry. Instead of running, her did the instinctive thing when a threat was posed, attacked first.

He put his Chakram together, forming a deadly discus. He tossed it as hard as he could at the right hellhound, deeply wounding it’s side. It howled and they both attacked him. He quickly drew his sword and jumped to the side, barely escaping the teeth of the nearest hellhound. He turned and swiped at the injured hellhound, cutting its head off. It turned to dust and the other one attacked while he was unable to defend himself on his left side.

Its claws dug into his arm and his anger flared, so did his powers. The hellhound backed off for a moment, scared, but it quickly overcame it, but it gave Haruki the advantage to regroup. He held his injured arm close to his chest, holding his sword in a defensive position. The hellhound leapt at him again and he side stepped, stabbing it in the side, turning it into dust also. He collapsed soon after from blood loss, shock, and the drain of his powers. The ones he didn’t know he had.

He woke up in the hospital. Some person had heard commotion and had quickly taken him to the ER. The story was that he had been attacked by a dog, which was true enough, but the darker truth lay beneath it. Those weren’t regular dogs.

After he got out of the hospital, he searched for the truth of what they really were. He eventually came across another demigod, one who knew what he really was. The other demigod, (the daughter of Ares) explained what Haruki really was, but she couldn’t tell who his dad was. Even though Haruki could no longer feel anything towards another person, he asked if he could travel with her. She agreed, saying she was wandering the globe, looking for demigods like him to recruit for the Broken Covenant.

He listened carefully to what she had to say, and decided that what she said was good. So they started to head back to the sanctuary. They both decided that they would travel by foot. By this time Haruki was almost 15.

It took them almost 2 years to travel by foot, sleeping in the open, being attacked by multiple monsters. They survived, but scratches, bruises, and his “partner” had a broken leg at once, which slowed them down for a few months while she took time to heal.

When they were close to the Sanctuary, the daughter of Ares told Haruki where to find it, just in case something should happen to her during the last few months. Lo and behold, they were attacked by a Chimera. It took them by surprise at night. They had traveled for longer than usual the day before, anxious to get to safety, so no one was on watch. By the time that they figured out they were being attacked, she was deeply wounded, unable to go on. So Haruki went on, per her request. When he made it to the Sanctuary, he requested to join Opus Superum. ~ ~ ~ ~ ~ ~ ~ ~ ~ ~ After being at BC a while, Haruki met Steven Winterson. Steven had wandered into the BC area without knowing, and Haruki had attacked him. Steven had tricked Haruki into swallowing a pill. It was a simple love pill that was meant as a joke, but it changed Haruki.

Haruki felt emotions for the first time since his mother had died. He still didn't care for people, but he did feel love. And that love was for Steven. Steven had changed Haruki, and it was for the better.

Steven and Haruki started dating, and when things got serious, Haruki put in a petition to join Camp Half-Blood. Both his requests were denied. He was finally able to leave the BC by joining New Athens and passing the test of a child of Themis. 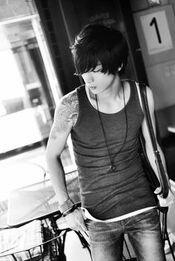 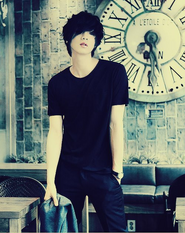 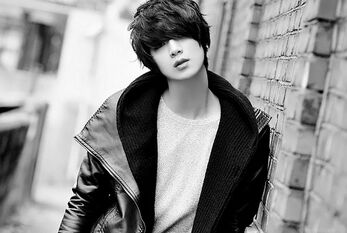 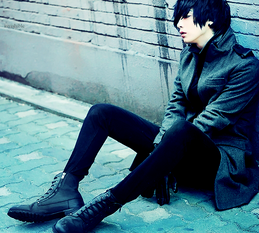 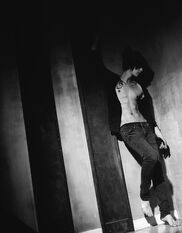 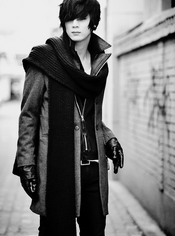 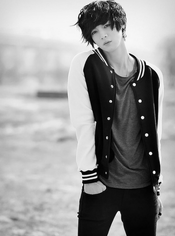 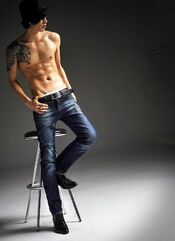 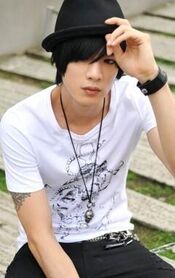 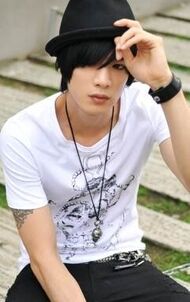 Retrieved from "https://camphalfbloodroleplay.fandom.com/wiki/Haruki_Akiyama?oldid=1805209"
Community content is available under CC-BY-SA unless otherwise noted.