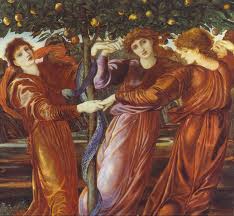 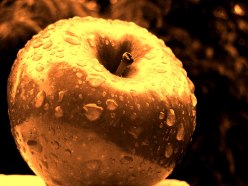 THE HESPERIDES were the goddesses of the evening and golden light of sunset. The three nymphs were daughters of either Nyx (Night) or the heaven-bearing Titan Atlas. They were entrusted with the care of the tree of the golden apples which was first presented to the goddess Hera by Gaia (Earth) on her wedding day. They were assisted in their task by a hundred-headed guardian drakon named Ladon. Herakles was sent to fetch the apples as one of his twelve labours, and upon slaying the serpent, stole the precious fruit. However, Athena later returned them to the Hesperides. 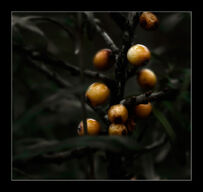 The Hesperides were also the keepers of other treasures of the god. Perseus obtained from the artifacts he required to slay the Gorgon Medousa.

The three nymphs and their golden apples were apparently regarded as the source of the golden light of sunset, a phenomena celebrating the bridal of the heavenly gods Zeus and Hera.

Retrieved from "https://camphalfbloodroleplay.fandom.com/wiki/Hesperides?oldid=874190"
Community content is available under CC-BY-SA unless otherwise noted.