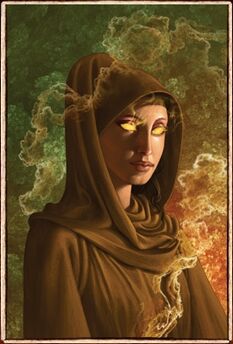 In myth Hestia was the first born child of Kronos and Rhea who was swallowed by her father at birth. Zeus later forced the old Titan to disgorge Hestia and her siblings. As the first to be swallowed she was also the last to be disgorged, and so was named as both the eldest and youngest of the six Kronides. When the gods Apollo and Poseidon sought for her hand in marriage, Hestia refused and asked Zeus to let her remain an eternal virgin. He agreed and she took her place at his royal hearth.

The Greeks said that it was Hestia who first taught men how to build houses. As their houses were so very different from the ones in which we live, perhaps you would like to know something about them. In the days when these old Greeks were so brave and noble, and had such beautiful thoughts about the world, they did not care much what kind of houses they lived in. The weather in their country was so fine that they did not stay in-doors very much. Besides, they cared more about building suitable temples for the gods, and putting up beautiful statues about the city, than they did about building fine houses for themselves.

So their houses were usually very small and plain. They did not have a yard around the houses, but built them close together, as we do in some of our large cities. Instead of having their yard in front, or at the sides of the house, they had it in the middle, with the house built all around it. That is the way many people in other lands build their houses even now; and this inner yard they call a court-yard. Around three sides of the court-yard the Greeks had pleasant porches in which the boys and girls could play when it was too hot for them to be out in the open yard And opening off on all sides from the porches were the rooms of the house.

Whenever there was any change made in the family they offered sacrifices to Hestia. If a baby was born, or if there was a wedding, or if one of the family died, they must sacrifice to Hestia. Also whenever any one set out on a journey, or returned home from one, and even when a new slave was brought into the family, Hestia must be worshiped, or else they were afraid some evil would come upon their home.

Hestia Greek means 'hearth.' She was worshiped all across Greece but in smaller shrines by families. These said shrines were kept above hearths and in kitchens. Priestess's of Hestia would tend to communal fires and would likely keep these burning day and night. Priestesses of Hestia were sworn to keep their virginity under punishment of death.

In Roman mythology Vesta is the goddess of hearth and home. 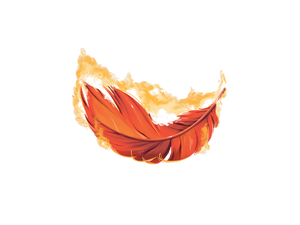 While celebrating the anniversary of her children's victory over the Titans, Rhea organised a grandiose party on Mount Ida on Crete. All gods and neutral Titans were invited, as well as many nymphs and satyrs. Hestia, who rarely attended parties soon wandered out into the woods, and fell asleep. Priapus, a minor god of vegetation, spotted the beautiful goddess and wanted to take advantage of her. However, while he was approaching her, a donkey brayed out loudly. Hestia woke up screaming and ran away from Priapus. The feasting Olympians instantly ran to her side, and proceeded to harshly beat and berate Priapus, and never invited him to their divine parties ever again. After that unpleasant situation, Hestia declared that she was to be grateful and defined the donkey as her sacred animal.

Hestia appears to be of a calm and humble disposition, showing a higher degree of kindness than most other Olympians, gods who frequently take offense at the slightest provocation. She has a somewhat proudness to her quiet personality, and she is a very wise goddess and places priority maintaining peace and harmony amongst her family, the Olympians, by knowing when it is appropriate to give in. Having vowed to be a virgin forever, Hestia has no children and places value in chastity. Much like Artemis, she sometimes favors the form of a young girl most of the time, although she has been seen as a grown woman. She is very kind to Percy and Nico, as it is seen in the book, The Last Olympian. According to Percy Jackson's Greek Gods, Hestia's personality is very similar to her mother Rhea's. However, in one regard, Hestia was quite different, since, unlike Rhea, she never desired to become a mother herself. Hestia was empathetic to all her siblings and their children, she consoled, healed, cheered, advised and supported every single god and goddess in the Greek pantheon and is the only Olympian god to get along with every other Olympian.

Hestia's initial appearance is that of an eight-year-old girl with long mousy-brown hair and "warm and cozy" eyes of red fire. She is often seen with an iron staff that she uses to tend the hearth (as seen while tending the fire in The Lightning Thief), and wears a simple brown dress or robes with a scarf wrapped around her head. According to Percy Jackson's Greek Gods, Hestia's adult form is sweet-looking and beautiful in an unpretentious way, with an honest smile, warm brown eyes and black hair that framed her face in ringlets. She wore plain, modest gowns and never used makeup, and usually kept her hair tucked under a linen shawl. She also had a scent of "smoke and roast marshmallows", and though not as beautiful as her sisters, Demeter and Hera, she was still charming enough to enamor both Poseidon and Apollo.

She possesses the standard powers of a goddess.

Khione on Wikipedia
Khione on Theoi

Retrieved from "https://camphalfbloodroleplay.fandom.com/wiki/Hestia?oldid=1651229"
Community content is available under CC-BY-SA unless otherwise noted.