This character belongs to Shadowwalker1299

Los Angeles, California (when not at camp

Horace is the kind of guy that you feel comfortable around. He is fun loving, laid back, serious, sophisticated, lovable, kind, and respectful all at once. He hates when people are upset, and takes others opinion of himm to heart.

Horace Johnson was born on March 22, 2001. He was diagnosed with dyslexia at birth. When he was two, his mother was in a car accident, killing her. After the incident he lived in an orphanage for three years till he was five, when he was adopted by Candace Archer, and became Horace Archer. After adoption, he moved with his adoptive mother, brother, and uncle from Phoenix, Arizona, to Los Angeles, California. Years later, when his brother turned 13 and left for Camp Half-Blood, he got very depressed and unsocial, due to the loss of his first friend. But he got over it and began going back to his old habits.When it came time for his own birthday, he witnessed his uncle receiving severe injuries by the hand of a harpy. Enraged by the sight, he grabbed his prized (celestial) bronze throwing daggers, and, well, threw them at the harpy. Although most missed because of his nervousness, he managed to get two successful throws, disintegrating the harpy. After getting his uncle healed at the hospital, his uncle told him that he might also be a demigod, and the only way to prove that was to go to the camp. So, he packed up his bags, and set off. On his voyage, he was attacked by the same monsters repeadedly (Scylla and Mormo). He finally made it to Camp Half-Blood, and making it his goal to find his brother. After finally reuniting with his brother, he was claimed by Zeus. 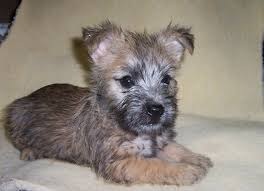 The dog I helped rescue on the Beach with Logan Felinson and Regina Bellefontaine. I named him Robin, cute, ain't he?

Retrieved from "https://camphalfbloodroleplay.fandom.com/wiki/Horace_Archer?oldid=1793101"
Community content is available under CC-BY-SA unless otherwise noted.