Camp Half-Blood Role Playing Wiki
Register
Don't have an account?
Sign In
in: HaleTheKing, Children of Lelantos, Demititans,
and 24 more

Hunter Steele @serstormy Follows you Son of Lelantos • Brutal Wind • Champions of Othrys Councilman
Every demon wants his pound of flesh, but I like to keep some things to myself.

Hunter is cool, calm and collected. Though there might be situations wherein his aggression takes over, he tries his best to keep this from happening. He is a skilled fighter, and he is very confident in what he can do, causing him to be the type of person who would taunt his opponents. This occurs outside battles too. He can be sarcastic, and tend to be the one throwing out witty banters and making a comment about everything. Despite this exterior, inside he is very focus and determined, and would not stop to achieve his goals. He's not selfish per se, but he would almost always put himself first. He can get concerned about others too, sure, but to him, the goal of the Champions of Othrys should always be first, and if you are someone hindering this goal, he will cut you from his life.

He is a meticulous person, and to someone who doesn't know him, he may appear enigmatic. He likes having this facade though, because it means people won't be able to read him and his moves easily. Once you get to know him, however, he can become quite the pain in the arse, because he is playful and taunting and uses his mouth as much as his weapons when he fights. He is also very smart, and tends to know of what he talks about most of the time.

Byron Steele was a demigod son of Atlas. During the First World War, he was drafted in the army to forcibly fight in Europe. He hated every single moment of it, but he knew that he was a survivor, and that he was gonna make it through alive. He knew that wars on the mortal world were caused by petty quarrels between the Olympians, and because of this, he developed a burning hatred against the theoi. He was one of those conservative demititans; he believed that the titans should still be in power, and that those gods up in Olympus should be overthrown. This had been his mantra for life, to try and usurp the ones who currently had the throne and bring back those who ruled before them.

Sensing this, the titan Lelantos took a liking to Byron. He pretended to be a fellow soldier, fighting in the war against Germany and the other Axis powers. They met while they were out in the field, Lelantos saved Byron from what could have been a fatal blast. They bonded over their time in the army, and eventually fell for each other. They made in love in secret, because back in those days, if they were caught, they would be punished and laughed at. Byron never felt more happy after that night, but things didn’t go the way he planned the following days because Lelantos suddenly disappeared without explanation. Distraught, Byron thought of killing himself.

Before he actually got a chance to perform suicide, however, the war was suddenly over, and they were being sent home to the United States. Byron went to his hometown of Concord, New Hampshire where his mother was, and continued living with her there. A few months after he had returned, he was surprised to see Lelantos again, moreso now because he had a baby boy in his arms swaddled in soft white cloth. Lelantos explained that he was the titan of air, and being a demititan, Byron easily believed and took the child. It was the product of their love, and Byron was more than happy to take care of him because he knew he couldn’t have Lelantos to himself. Through their child, Byron can always remind himself of his and Lelantos’ love for each other. He named him Hunter.

Lelantos left, trusting that as a demititan, Byron would be capable of raising their son the proper way. Byron did, and as Hunter grew, he was trained on how to fight and was educated about monsters and the Mist and the Greek gods and how the thrones is rightfully for the Titans. Because of this influence, Hunter hated the gods each day as he grew up, and had the same belief that the Olympians should be overthrown and the power be returned to the Titans.

Soon, Byron decided to finally gather some followers, to create an organisation whose goal was to return the Titans to power. Hunter tagged along, of course, and he and his dad travelled around the United States to look for other demititans like them and help them in their cause. As their numbers grew, the more known they became to the world beyond the Mist. A son of Aphrodite got ahold of their movements, and decided to report it back to his mother. Because Aphrodite was bored, she decided to take a look at it. She disguised herself as a beautiful young woman Nicole, and pretended to be a demititan like them and attended one of their meetings in Manhattan.

After a speech made by Byron, Aphrodite was convinced that this group was willing to destroy the Olympian gods and bring the Titans back to power, which Aphrodite would not have. She loved her power too much that she would not let this organisation prosper. So, she went and approached Byron and Hunter.

The goddess easily killed Byron, much to Hunter’s terror and shock. But, the goddess took a liking to the son of Lelantos, as he was very beautiful and physically attractive. Aphrodite put him under a spell that would make him to want to make love with the goddess, and it worked. They had sex for three straight nights much to the goddess’ delight. After that, thinking that it would be a waste to destroy such a beautiful creature, Aphrodite put him under a spell that would make him have a coma and sleep for many years, yet still remain physically young, preserving his beauty. Aphrodite hid him in a tomb under one of the churches in New York, and left him there. She could not afford Hunter to continue the goals of the organisation, but also did not want to kill him, prompting her to do what she did. Left without a leader, the organisation that Byron and Hunter formed destroyed itself.

After almost 70 years, Aphrodite’s spell seemingly vanished, and the curse placed on Hunter was lifted. He awoke in 2016, still in his 26 year old body, and was very much aware of what the goddess did to him. Enraged, he left New York and looked for ways on which he can exact revenge upon the goddess of beauty. He eventually heard about the Champions of Othrys, a group that was hellbent on returning the Titans to power. Reminding him of the organisation he and his father formed years before, Hunter thought that he would fit right in and decided to look for the Champions.

He found them and joined them, eventually becoming a member of its council of five.

Powers of a Child of Lelantos: 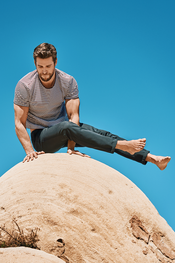 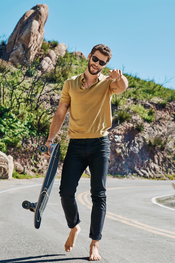 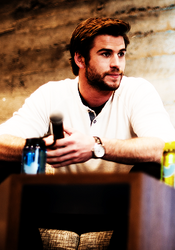 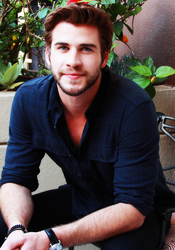 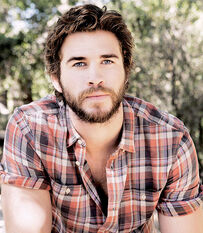 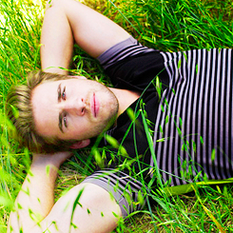 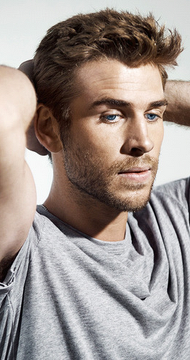