This character belongs to Kevin Mo

Hunter loves the outdoors, he is a natural at rock climbing, and mountain climbing, any sport that relates to the nature he loves. He is adventurous and loves the explore the nature.

Matt Wilson is an daring explorer travelling to natural wonders and dangerous places at every corner of the globe, he spent his life travelling, and daringly exploring dangerous areas normal people will never have the courage to explore. One time him and some other explorers traveled to the Mayan temple for exploration and aid of an archaeologist team searching for a long lost valued treasure of the Mayans. There at the campsite he met another explorer, Cybele, who at that time claimed that she was Samantha. During there first month together they explored the Mayan temples... working as a team they uncovered many artifacts, they developed their relationship from teammates to friends to lovers. Then one day, Cybele disapeared...

Nine months later, he was at the Amazon Forest to explore, it was pitch black at night, dangerous creatures loomed everywhere, all he had was his weapon and a flashlight to light up the way. While he was venturing through some trees he saw some a glow that spelled a sentence carved on a tree. Underneath the tree was a child wrapped in the blanket. The message on the tree explained that this was Samantha and Matt's child and that she was really Cybele. At first Matt couldn't believe it but soon everything made sense. With a child Matt didn't have the time to explore like the way he used to... Having new responsibilities, such as taking care of his new born son... he named the baby boy Hunter...

Hunter had a normal life as student at a his high school in his city, he always enjoy the camping trip the students at his school. Matt still kept his job but only the part of researching the artifacts discovered by the archaeologist team. On Hunter s 14th birthday, Matt brought to the Mayan temples where he and Cybele met. While venturing through the forest and a creature with the head of a lion, the body of a goat, and a snake-headed tail leaped out of the trees and leaped towards Hunter He was saved by a boy his age, who slayed it. His name is Jacob, he told Hunter that he was a demigod and about the Greek gods, he explained that he was also a son of Cybele.

The next few months, Hunter spent his time training with Jacob on using his powers. One day they've decided that it was time for Hunter to get to camp, but they were attacked by a Basilik near the boundary of Camp Half Blood. Jacob sacrificed himself in protection of Hunter, burned to death by the flames. Luckily, Hunter passed the Camp's border and reached safety there he was claimed by Cybele and he joined the other two members of the Cybele Cabin. 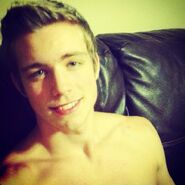 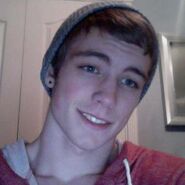 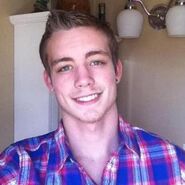 Retrieved from "https://camphalfbloodroleplay.fandom.com/wiki/Hunter_Wilson?oldid=950498"
Community content is available under CC-BY-SA unless otherwise noted.