Jade is almost alwas hyper, bubbly, talkative and friendly. Though she can have her moods too. When she does you better stay away from her because she will be sarcastic and very rude. She is a protective sister and will do anything to protect her brothers and sisters. If you get to know her you will actually see that she is a good person and a trustworthy friend.

Jade dyed her hair pink when she was 9 years old, as an experiment, she liked them and kept them that wayAfter a couple of months at Camp, Jade decided to change her hair. Now it's black with blue and purple highlights. She is pretty tall, she stands at 5'9" and has an athletic figure. Her eyes have a clear blue color and she has a nose piercing.

Jade was born to Belinda Jeffires and Zephyrus. The two met in 1994. Belinda and some of her friends where vacationing in Hawaii and so was Zephyrus . When he saw Belinda he immediately fell in love with her. After few days spent together, Zephyrus left. All that Belinda found a with rose in her room the next day, with a note that read:

In nine months you will give birth to a baby girl. Please take care of her and give her this locket, to remind her of me."

That was when Belinda noticed a heart locket next to the rose. Exactly nine months later, Belinda gave birth to a beautiful and healthy baby girl, with striking blue eyes. She named her Jade.

Jade had a beautiful childhood. Her brothers and cousins were always around and she was always smiling. She never had many friends, though. She was considered a freak by most people in her school, mostly because of her pink hair, and got picked on sometimes. But she didn't really care.

A couple of weeks earlier, Jade and her few friends were having a walk in a forest near Jade's house. They were having a great time, when a Sphinx appeared. She smelled Jade and while her friends were running away, she stepped in front of the girl, blocking her way.

"What is as big as you are and yet does not weigh anything?" she asked her, with an evil smile.

"Your shadow" Jade answered after a few moments of thinking.

The Sphinx was angry, but continued to her next riddle.

"When you have me, you feel like sharing me. But, if you do share me, you don't have me. What am I?" she asked.

"A s-secret?" the girl said with hesitation.

The Sphinx nodded. She was furious that a teenage girl was able to guess her riddles so easily.

"Soldiers line up spaced with pride, two long rows lined side by side. One sole unit can decide, if the rows will unite or divide. Tell me, tell me, scream it out. What's the thing I talk about?" she asked.

Jade was scared and tired. Plus she never was a genius.

The Sphinx attacked her right after. She almost killed the girl, but then Jade saw some strange girls around her. They killed the Sphinx and helped her recover.

A girl with auburn hair and strange eyes introduced herself as Artemis, the Goddess of the Hunt. She told Jade the truth about who her father was, and asked her if she would like to join her Hunt. Jade refused, because she was already in love, with her best friend Kyle. Artemis was a bit disappointed, but she talked to Jade about Camp Half-blood. Jade agreed to go and Artemis told one of her Hunters, Piper, to show her the way.

Piper took Jade back home, and when she packed her belongings, she took her to Camp. They managed to reach it in a few hours. Jade was surprised to find her siblings there.

Her locket, a gift from her dad 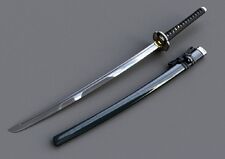 Her katana, a gift from Lady Artemis 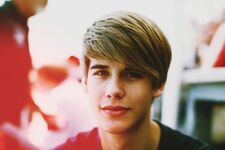 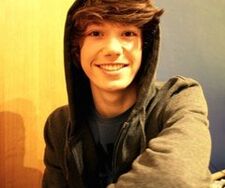 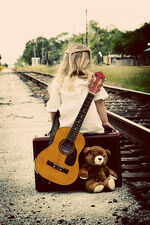 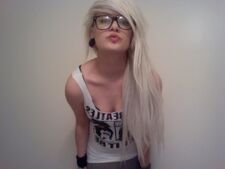 Dawn
Add a photo to this gallery
Retrieved from "https://camphalfbloodroleplay.fandom.com/wiki/Jade_Jeffries?oldid=1742125"
Community content is available under CC-BY-SA unless otherwise noted.