This character belongs to DrXax

She is very sweet and caring, but not shy at all, she will talk and talk when she has the chance. She's pretty smart, but fakes to be silly sometimes just for fun and amusement. She might be really nice, but she is also short-tempered and hothead, and when she gets angry, well.. she does get angry. She will hold grudges, and make you pay for them in the worst way possible. She is good detecting lies, so if you apologize, and she feels that it is honest, she will forgive you.

She was created by Apollo, so she was with him taking instructions for him, when he decided that she was ready, she let her go, so she decided to come to camp. 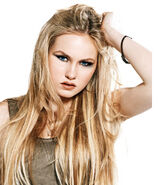 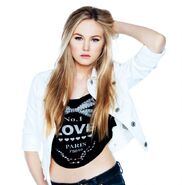 In her swam form
Add a photo to this gallery
Retrieved from "https://camphalfbloodroleplay.fandom.com/wiki/Jane?oldid=1519348"
Community content is available under CC-BY-SA unless otherwise noted.