Bio.
Jason was born in 1995 in Canada. He lived with his mom until he was taken to camp. His mortal parent was kind of rich so he grew up in a pretty nice house. Since his parent was working all the time, he was mostly raised by the girl who was always babysitting him. The babysitter actually applied for the job because a satyr who sniffed him out was friends with her and asked if she would watch over him until it was time for him to go to camp. One day when he was 14 Jason was at school and got attacked by a hydra. The hydra chased him all around the school and ended up destroying the school. Before the authorities got there, his demigod babysitter defeated the Hydra and got him to camp as quickly as she could.
Attitude.
Jason is very distant and doesn't interact with others unless he must. However, he is quick to defend the helpless. He is really protective to people he cares about and never wants to see them get hurt.
Gallery. 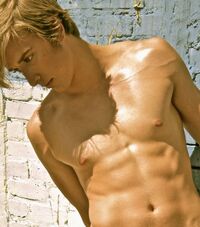 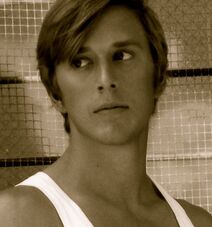 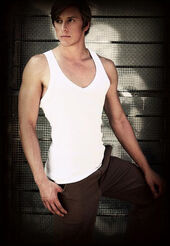 Add a photo to this gallery
Abilities.

Retrieved from "https://camphalfbloodroleplay.fandom.com/wiki/Jason_Blaise?oldid=1381916"
Community content is available under CC-BY-SA unless otherwise noted.