Jemima is all about hard work. She is generally more than happy to put in a full day of tasks, realizing that it will likely take a lot of those days to get to the top. Which is no problem, since she is both ambitious and determined, wanting to accomplish her goals. She is practical as well, taking things one step at a time and being as realistic and pragmatic as possible. She may be extremely dedicated to her goals, almost to the point of stubbornness. She likes to be efficient, organized and won't make a lot of waves. Scrupulous with details, being somewhat a perfectionist, she adopts a rather conventional attitude in life. Thankfully, Jemima is patient, too, and is happy to wait for her ship to come in. The flip side to this staid behavior is that she can become quite unforgiving of those who aren't as diligent or ambitious as she is. She needs to remember that she does need friends along the way, ambitious or otherwise. Despite her precision, she has a softer side that she opens to people whom earned her trust. But her rage towards Pandia isn't expressed in a cold or bitter attitude. She decides to stay herself, kind with others, unlike most members of the BC, whom take out their hatred on the innocent. She still despises her creator, getting off edge when the topic comes up. Sometimes, overnight, she cries alone, desperate to find a cure. 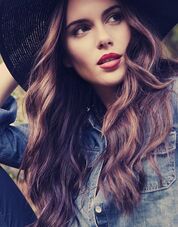 500px
Retrieved from "https://camphalfbloodroleplay.fandom.com/wiki/Jemima?oldid=1307368"
Community content is available under CC-BY-SA unless otherwise noted.