Kit has changed a lot over the years-which is an understatement considering how long she’s been around for. However, one thing has remained stable-her stubbornness. Kit can be as stubborn as a mule when she wants to be and little can make her change her mind. Kit doesn’t like opening up about much, though, believing that people would simply think less of her if they realised how emotionally vulnerable she is. She’s also afraid people would leave her like so many other people have. So her solution is simple-she leaves before they can. This doesn’t quite work out for her, of course, and she’s realising it. When Kit’s stressed, she yells and can be seen as a bit of a hot head. However, she doesn’t mean much when she’s yelling. One of the most notable things about Kit is her love of fashion and living the high end of life. She’s lived through poverty and famine, she doesn’t want to go back to it. So she can often be seen flipping through vogue and making sure her wardrobe is up to date with every fashion trend of that period. She’s also a little bit of a nerd-in love with romance and sci fi and adores technology. Life is so much better with technology.

Both of Kit’s parents will always be unknown figures. She never did find out her father's name. Not that she ever truly tried. She was content with the life she was given. However, the truth of it is that she was born to Andrew Vickar. An English soldier with Middle Eastern descent. He was stationed in Edinburgh and surveyed the Highlands, looking for anyone causing any trouble. Despite being married, he was more the merrier when he went to court Nemesis. Nemesis, who was attracted to anyone carrying the arm of justice, was willing to entertain the English soldier. It lasted for three weeks, maybe four, until she disappeared. He wasn’t bothered. He threw them aside like that all the time. However, four months later, a little girl turned up at his doorstep. However, he had no interest in taking her in. He left her in the streets with the thought she’d freeze to death. She nearly did-but she was soon found by a man who’d lived on the streets for years. The nearby orphanages were too full and turned him away so eventually he took her the small nook he had in the city, with a small fire and away from the cold. He stopped her from freezing to death. The next four years, she was raised on the streets. Raised by the homeless, given the scraps of food. However, at the age of four, she’d begun to be able to haggle for food from tourists and the rich. Enough that she gained the attention of a clan leader, Lewis Fraser. Having just suffered from the death of his only son, he was more than willing to take her in.

The girl was renamed Katherine Fraser and was raised in the Fraser castle, far north of Edinburgh. She was raised as a Fraser, like all her adopted siblings, and the next four years were good. Whilst they didn’t have much, they were loved. However, when she was eight years old, she was attacked by a harpy in an orchid (she often helped picking plums when it was harvest season). There were a few other demigods who helped dispose of the monster but they soon came to the conclusion that Katherine was a demigod. One of them included Lewis, son of Ares. However, they waited until she was at least eleven to explain her heritage. However, her father was arrested when she was only nine years old. He had been arrested by the British soldiers for being a suspected Jacobite. They were right, of course, but it left a hole in Katherine’s life. Her uncle took over power soon after, filling in until her father was freed from jail. He convinced Katherine to aid the rebellion, moving through English camps, she could become a spy whilst being small enough to remain unseen. She passed messages between people. Helped out wherever she could, wherever she was needed.

When she was eleven, she was told her father had been beaten to death in a prison. This was only a year before 1745. The next year-the Jacobite rebellion happened. All the men in her life, her uncle and cousins, went to fight to place bonny prince Charles onto the throne. They were massacred and her uncle was one of the few people who died for it. Afterwards, the clans were brutally disbanded with soldier’s routinely coming through the castles to make sure anything related to their culture and history was destroyed, whether it be traditional dress, art work, or gaelic. With her uncle and father being one of the leaders, her house an absolute target to the soldiers and rarely let a week pass before they were back to ravage through their house. This went on for the next five years. They lived through famine and oppression, many close friends and acquaintances of Katherine’s were dying due to either starvation or sickness. The English were unrelenting but Katherine was told to keep her head down, despite her building anger.

During this time, she was becoming more and more close too ???. He was a son of ??? and had been spared from going to fight due to being so young. They’d been around each other since they were young, when he moved into the area and his family came to pledge allegiance to her father in return for protection from those that wished them harm. Since then, they were as thick as thieves. When they were sixteen, they decided to marry, becoming engaged after realising they had fallen in love. They didn’t rush into marriage-wanting to take their time and enjoy it.

When she was seventeen, her one last tartan of her father’s was found by a routine check. Whilst most would have been arrested, the soldier took advantage of Katherine. After confiscating the tartan, Katherine was brutally assaulted in more ways than one and left for dead in the bed. However, her adopted mother was a healer and eased Katherine back into good health in a couple days. Whilst her mother warned her not to do anything, that she was lucky to be alive and not be arrested, however Katherine was a child of Nemesis-she wanted revenge. With her fiance, they snuck into the soldier’s camp and wrecked havoc as they were all too drunk to stop them. They burnt their supplies and let horses go free. With the soldier from before, Katherine drew out his death, cutting out his tongue and letting him bleed out as he choked on his own blood. Albeit, this isn’t her proudest moment. However, she knew the soldiers would believe it most likely to have been one of the short amount of the boys in the area to have done it. They wouldn’t have considered a girl. However, she couldn’t have the blame land anywhere near someone else, especially her fiance. So she ran-knowing leaving would place the blame onto her.

With the intention of heading towards her second cousin’s, she became a bandit on the road. She robbed British supplies and lived off that. However, she was eventually found by the Hunters of Artemis. Knowing of her heritage, she was aware of who they were and, despite not truly believing in the promises they asked of her (in truth-she didn’t think she’d be able to fall in love again after ???), she agreed and joined the ranks of the hunters For the next two centuries, she hunted. Admittedly, she wasn’t a very good hunter. But she did her best. Without any reason to leave, she stayed for as long as she could. However, in 2017, she decided to leave the hunt. She could tell she wasn’t as dedicated to the hunt and it was growing old. It had been a long time since Scotland and she had lost the reasons that she had joined. So she left for camp. 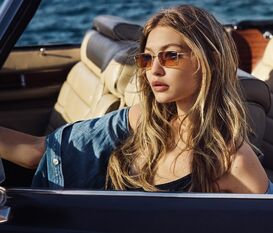 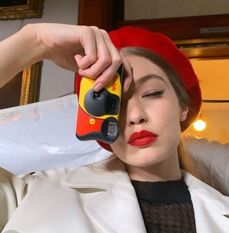 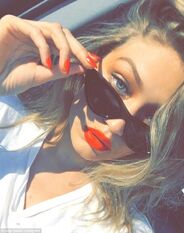 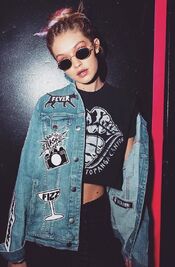 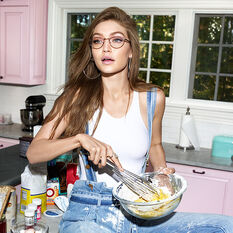 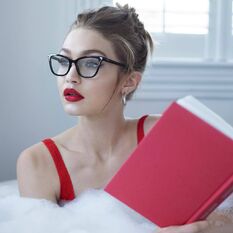 Retrieved from "https://camphalfbloodroleplay.fandom.com/wiki/Katherine_Carmichael?oldid=1813357"
Community content is available under CC-BY-SA unless otherwise noted.