Katherine Stark @queeninthenorth Follows you Daughter of Boreas • Head Counselor • Not-From-Winterfell ❄️
Not really sure how to feel about it — there's something in the way you move. Camp Half-Blood Joined October 2016 268Following 2.7KFollowers

Katherine is an adventurous young woman. Growing up in Norway, she was always someone who loved the great outdoors. She actually loved the cold, and has a deep appreciation for the beauty that nature has to offer, as evident to her frequent watching of the northern lights whenever she was home. However, unlike other people who only favored one weather condition, Kat actually loves all of them.

As a frequent traveler, tagging along on trips with her dad, Kat became accustomed with so many cultures and climates and has been to so many different places that she knows how to handle herself well. She's quick-witted, and independent when she wants to be. She's very calculating, and a bit obsessive-compulsive because she was a planner, and she likes things to be perfect and well-organized. Katherine is also a very adaptable person. She can adjust to things well in just a short span of time. She's also passionate for the things that she's interested in, as shown with her enthusiasm for mountain climbing. She won't give up easily on the things that concern her, and no matter what happens, she will always try to see the better things in life.

Blake Stark is an adventurous young man who loved mountain climbing. He’s half American and half Norwegian, but he grew up in the US under his father’s care. His parents got a divorce when he was very young, and she moved back to Norway after she lost custody over him.

For his 21st birthday, he decided to conquer the French Alps. There, he met a fellow mountaineer, a dashing young man who introduced himself as Daniel. As a homosexual, Blake fell for the stranger, and so did he. They had an affair back in the town of Chamonix in France, after they have both finished hiking. However, things didn’t go all romantic after that, because sadly, they had to part ways.

A few months later, Blake was shocked to see Daniel again, in the doorstep of his apartment in Chicago, holding in his arms – a baby swaddled in a soft white cloth. Blake was confused because well, it was impossible, but then Daniel decided to explain things to him, and revealed that he was the Greek god of the North, Boreas. Blake thought that Daniel was losing his mind, but the god proved himself by making it snow inside the apartment. Stunned by the truth, Blake agreed to take in the baby, which they both named Katherine. After that, Daniel vanished and Blake never saw him again.

When Blake’s father found out about the baby, he was enraged. Blake was supposed to be forcefully wed with one of his business partner’s daughters, so as to cement a new alliance in the industry. Blake’s father wanted him to dispose of Katherine, which greatly upset him. They fought for days, until Blake finally snapped and decided that he’ll be moving to Norway to where his mother is. He was already of legal age at that time, and so he could do so if wanted to.

Blake’s mother, Anna, lovingly took them both in into her old family home in Oslo Norway, and that was where Katherine grew up.

Anna belonged to a wealthy family, and they actually had a mountain tour company, which caused Blake to be overjoyed. He helped his mother run things, and when she eventually died of cancer, inherited the company from her. It was tough for the father and daughter to lose Anna like that, but they eventually got back on their feet and moved on with their lives.

Kat grew up travelling around the world with her dad, who was tending to their business – the same company that eventually had a big name worldwide, thanks to Blake’s management skills. As a result, Kat was used to always moving around, riding planes, hiking mountains, and she actually loved it. Though there were times that she’d get homesick, his father always made sure they’d spend at least two months in Norway together before travelling again somewhere.

By the time Kat was around 12, her father and her decided to hike on Mt. Titlis, in Switzerland. Unbeknownst to her, Blake actually was missing Boreas, so he decided to take her somewhere near the French Alps where he first met the girl’s other father, just so he can reminisce. However, a harpy caught Kat’s scent and attacked them both. Having no knowledge of what the monster is, they both panicked and tried to run away. They almost fell off a cliff, when out of nowhere, a blast of wind knocked the harpy out of the sky. They were rescued by a man who introduced himself as Finn Harrison.

Finn was a demigod son of Aeolus who had spent most of his teenage years at Camp Half-Blood, and now, at his mid-20s, decided to leave Camp and travel Europe. Hence, why he was at the Swiss Alps at that time. He asked Blake if Kat had demigod heritage, and when he told him that she does have a demigod heritage, he revealed that he was also a demigod himself. After doing that, Blake and Finn explained to Kat everything they know about the Greek gods – Finn doing most of the talking, obviously – and the son of Aeolus actually suggested sending her to Camp. But since Kat was very much precious to Blake, he disagreed and decided to keep her home in Norway instead – a decision Kat had no problem with because she loved Norway.

Finn and Blake eventually fell in love and decided to marry, making Finn a stepfather to Kat. Finn was a good and kind stepfather, and because Katherine’s guardian in Norway whenever Blake was out of the country. After that first monster attack, Blake was scared for Kat’s life, and decided that the best option – excluding CHB – was for her to stay at home and have Finn guard her and train her in swordfighting.

Finn and Kat had a good relationship, they were kind of like siblings even though Finn was much older than her. Her skills in fighting with blades were thoroughly harnessed, and they were both able to obliterate any monsters that came their way – the occasional hellhound, harpy and dracanae.

When Katherine eventually turned 18, she wanted to go and climb Mount Everest. As experienced mountaineers, both her dads agreed to go with her and conquer the tallest mountain in the world.

Everything went smoothly at start, but after they got into the midway point, they got attacked by vicious lycanthropes. Finn and Kat brought celestial bronze weapons with them, and so they were able to beat the hungry monsters. However, soon after that, they were attacked by two ice spirits that were disrupted from their slumber by the commotion. They were very angry that there were demigods in their territory (because they had bad experiences with demigods in the past) as well as for causing a commotion and disrupting their rest. Add in the fact that the increasing number of mountaineers are not really contributing well to the mountains in terms of cleanliness. They were really upset and frustrated.

And so, they tried to attack them. Finn actually managed to kill one by landing a heavy strike across the chest of the spirit, though it frustrated the other one even more. As a last resort, the second ice spirit created a massive avalanche. In a split second, both Katherine and Finn flew away on pure instinct, but completely forgot about Blake because of the adrenaline and the situation. When the avalanche subsided, both the spirit and Katherine’s dad, Blake, were gone with no trace.

Katherine was so distraught and wanted to keep looking for her dad. Finn was equally sad, but he thought that it wasn’t safe for them anymore, and he needed to get his stepdaughter out of harm’s way, and so they went back to Norway.

Finn took over the company after Blake’s presumed “death”. However, he hired a group to run it instead because he had a feeling that his husband was still alive. He told Katherine that it’s unusual for bodies to disappear like that, and there must be a reason why they took Blake. Dead or alive, Finn promised Katherine that he would find her dad and bring him to her. In the meantime, Finn decided that the safest place for Katherine to be is at Camp Half-Blood, where she’d be able to continue enhancing her skills and powers.

And so, the daughter of Boreas booked a flight to New York and went on with the new chapter in her life.

Powers of a Child of Boreas: 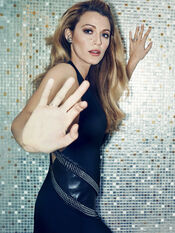 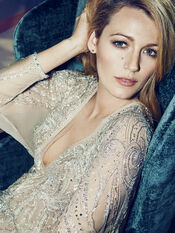 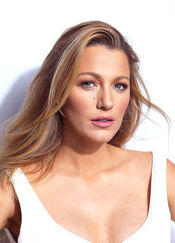 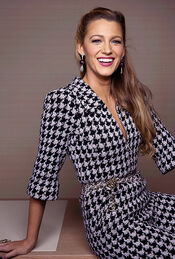 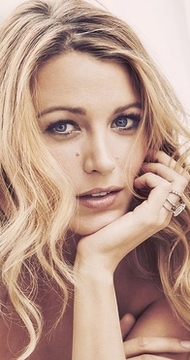 Retrieved from "https://camphalfbloodroleplay.fandom.com/wiki/Katherine_Stark?oldid=1805170"
Community content is available under CC-BY-SA unless otherwise noted.