Yang Jung Soo a Corrupt governor of South korea. He has stolen so much money for himself and his family. Themis being angered by him came to him in her physical form using 'Kath' as a name to think of a way to punish him, Themis knew what kind of guy he was when he's infront of a lady. Instead of punishing him she fell in love with the guy. After few more bonds Themis left him and never came back.

A few months later there was a basket left in Jungsoo's house. There was a baby and a note saying that it's his leaving Themis' name - kath. Instead of keeping the girl he gave the baby to his maids and told them to keep the baby. The maid then left the baby in a random house which there was a mentally challenged guy who lives in there.

The next morning he saw the basket with a baby and took it in to warm it, he was freaking out that it can die any minutes because of the coldness outside. Though thankfully it cried when he tried to carry the precious one. The Mentally challenged man whose name is 'Kim Yoo Jung' and raised themis' daughter naming her 'Kim Soo Yeon'.

Sooyeon is an intelligent kid more than her peers, she's also the prettiest in their class. At her 7th year before school starts Sooyeon wanted a sailor moon back pack though because yoo jung still doesn't have enough money they won't be able to buy it for her up until his payday as a parking attendant unfortunately there was someone who already bought it and it was the last piece when they were going to buy it so yoojung tried to talk to the guy who bought the bag and touched the other girl's face telling the girl was pretty. The parent of the other girl who was Jung Soo hit Yoojung because of the sudden touch, Sooyeon tried to stop the old man on hitting her dad though it was impossible until the other shop staffs helped.

Yoojung went home apologizing to his one and only daughter Sooyeon for not being able to buy what she wanted Sooyeon feeling guilty told her poor dad that it was nothing and they can buy other bag.

The next day it was freezing cold at seoul and it was Yoojung's payday he was approached by the kid who bought the sailor moon bag and she told him that she knows another store that sells a sailor moon bag. She lead Yoojung on a market which was surrounded by water a dirty market rather. While following the little girl staring at the sailor moon bag admiring it he suddenly slipped on a ice and it happened to the little girl few steps away from him. As yoojung looks at the bleeding girl he decided to do a CPR. Yoojung loosen the girl's pants to lessen it's tightness for blood circulation and then started on doing the CPR.

A lady walking around the market saw a yoojung giving air for the little girl and thought that he was kissing the little girl. The lady screamed for help and Yoojung was arrested for murder and rape.

Soo Yeon is waiting at the bus stop for her father to come home from work. It’s already late but he is not yet coming home. Her father is in the police station accused of the crime of kidnapping, murder and rape. To add to the unfortunate event, the father of this girl is the Governor Yang Jung Soo. Everyone is in an uproar, there are so many reporters, and Yoojung is saying he needs to go home because Soo Yeon is waiting and she will be scared. He seems to be not understanding his current situation and his only concern is his daughter. He is punched and kicked by the policemen and reporters took photos of him being restrained by the police.

Morning came and Soo Yeon is still waiting for her father. It was a rainy day and it was the day for spot inspection where Yoojung will reenact at the scene of the said crime what he did the day the girl died. The detectives are expediting the investigation process. They want to give conclusive report immediately since the father of the girl that died is the Governor. The detectives that time used the mentally handicap’s love for his daughter to make him admit to a crime he never did and put a fingerprint on a false testimony.

While Yoojung was in prison Sooyeon was brought to Orphanage.One day, in the courtyard, Yoojung saw a minion of one prisoner sharpening something.

With the help of Soo Yeon's teacher, Soo Yeon was able to visit her father. He was very happy and you can see the other officers having sympathy for him and his daughter. He tells the teacher how smart his daughter is (she is their household keeper).

The Chief took responsibility over Soo Yeon and took her back at the cell to meet his dad. The Chief; Hyungwa lost a son once because of kidnapping and murder also he treated Soo Yeon like his own child.

As weeks passes by a lawyer finally took over Yoojung who was complete asshole at the court he didn't defend the client or Yoojung. Yoojung then lied to the court that he is guilty for killing the Police Chief Commissioner's daughter because he was threatened that if yoojung wouldn't admit that he's the one who killed his daughter The Police would do the same thing that 'Yoojung' did to the his daughter to Yoojung's daughter

A few months later and Yoojung was getting ready for his Death Penalty. Yoojung now feels regret and never intended to leave his daughter Soo Yeon. Soo Yeon didn't knoww that his dad was about to die, which caused her great grief and went on a hunger strike after all.

Years have passed soon and the young Soo Yeon made a strong promise that she will be able to finish Law and open her dad's case once again to prove that he is not a murderer neither a rapist. Though when she had her first attack at the age of 12 her School had a camping and Soo yeon participated in the middle of the night Sooyeon went out and wandered in the forest, that's when a chimera caught her scent she was surprised on it's appearance and ran on the wrong way but as soon as she ran the monster caught her but fortunately a satyr saved her and took her back at the camp.

After 6 years, she's 18. She came back to South Korea to pursue her dream Themis sent a satyr to protect her, until she is finally able to prove her father's innocence. Thus, It took long and tiring nights; however, she finally graduated. Soo Yeon became a fine detective and was eventually able to reopen and win her father's case.

Soo Yeon's career, however, was not yet at its peak. After graduating a hard case was given to her and that's when her career started, she was able to win the case even if there's only 30% chance on winning it. Hebe knowing this asked for help and showed up in her dreams. Once she had it in the tip of her finger, the name "Kim Soo Yeon" became known throughout Korea.

Due to the increase in her children's death rate, Hebe is both curious and furious. She wants the know the reason or whatever excuse these alarming situations are occurring. Thus, she immortalized Soo Yeon for such reason: to place such vile doers in a place they belong, behind the cold bars of a prison cell. And yes, did Soo Yeon do her job successfully 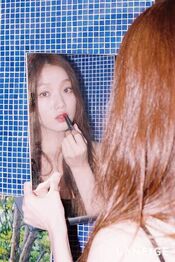 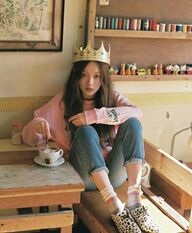 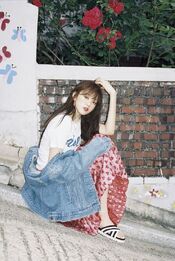 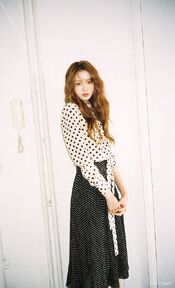