Lana can sometimes be a diva, but her bright and extrovert personality makes up for the negative opinions some may have against her. She is bright and cheerful, although she can also be the exact opposite. She easily makes friends, which means she knows a lot of people, but very few end up being close friends. Lana keeps a tight circle of close friends with her, and she trusts them with literally everything. When she believes she can trust someone, she will have their back and fight for them forever, but after someone betrays her trust, they are strictly enemies. Lana tries to be friendly to most, but the ones who get on her bad side will never be allies with her again. She has prejudices and sometimes unpopular opinions, however, she is the life of the party. There is never a dull moment with Lana around.

Lana was born in 2001, her father was the god Poseidon, and her mother was an actress (and also a demigod daughter of Ares). They met at the Met Gala in 2000. Though no one recagnized Poseidon on the red carpet, among all the elegance and fashion of the evening, few people thought twice about the mysterious hunk of style that was crashing the event. Ms. Eastwood, being a demigod herself felt a familiar ambiance in the mysterious man. She caught Poseidon's eye, and he approached. After a brief interchange, he declared his true self to her after the event had concluded and he offered to take her home. The paparazzi went crazy seeing Eastwood leave with the mystery man. They hooked up that night after the gala, months later, Lana was delivered to the Eastwood Residence, with a choker and a set of earrings, all were bronze.

Lana grew up in a first class home because of her mother, Jackie Easton's, action hero A-list movie star status. Lana doesn't have a great relationship with her mother, as she is always working, and doesn't have time for her.

The first time she was attacked by a monster was while she was still living with her mom, at her home in Miami a few months before she turned thirteen. While alone, Lana was bathing in the pool in her backyard. She was laying on an inflatable tube and tanning in the sun when shriek like chirping sounded from all around her. She got out of the pool, wearing a bikini. Suddenly there was complete silence. Lana looked around, it was eerie. Lana started heading inside, as a bird about the size of the pigeon swooped down at her. Lana shrieked and ran inside her house. More birds swooped out of trees, and all around the backyard, chasing Lana and trying to get into the house. Lana had closed and locked the doors. She was panicking. She headed down a hall towards her room, when a window in a skylight shattered, as glass shards fell, breaking into a thousand pieces, the birds began diving inside through the opening. Lana shrieked and ran to barricade herself in her room, along the way she grabbed a bronze mace-like contraption from along her mothers's display wall, which had a collection of weapons from her previous films and projects. The mace had actually been her mother's choice weapon before she left the mythological world behind. While occasionally she had to fight a monster, she abandoned the regular behavior and expectations of a demigod. She specifically referred to her collection as her 'spoils of war', and had collected them miscellaneously over the years, some she bought online, others were given by friends. The mace, in particular, had been granted to her by the Greek Prime-minister after he had 'wrapped' a film set in Greece about the Trojan War. The collection consisted of rare mysterious weaponry, from all different time periods. Some were Greek, others Egyptian, among the entire collection was swords, maces, guns, ect. The Stymphalian Birds flew at her. Using the mace, she began swirling it around herself, trying to hit the birds away from her body. She was nicked and pricked a few different times, yet for the most part, the mace was working. Some birds were impaled, others were smashed, but there were so many of them that it seemed like she wasn't doing anything to stop them. She started growing weak and limp. She retreated back to her room, and slammed the door closed after her, she locked the door and waited. Once again there was an eerie quietness. Finally, after waiting what seemed like hours, Lana unlocked the door and peeked into the hall. No birds remained, while the damage they had caused still lay throughout the house.

After the incident with the Stymphalian Birds, Lana began in-depth researching about what they possibly could have been. She discovered that they were Greek monsters. She was reluctant to tell her mother the whole story, because 1) she wasn't sure if she would care, 2) she didn't think she would even believe her.

That night after the incident with the Stymphalian Birds, Lara was alert, the same eerie noise from the attack had begun again. Lara was waiting in her room which had a small hot tup on the adjacent balcony. Suddenly, a whirlpool started in the shallow water of the tub. Then with a flash of light, an oval-like shape appeared. Staring through the oval image was a man of buff dimensions, the air smelled of sea salt. Lana silently shifted closer, but still appalled and slightly terrified, this was the second 'supernatural' occurrence of the day. The man spoke, "It isn't safe for you anymore, find your refuge, there are many there who are like you. You will find it in New York, Long Island Sound, Camp Half-Blood, they will accept you and meet you there. He will find you, and you will know him." The image vanished, and Lara stood there in shock. Everything was back to normal, again like nothing had ever happened. Lara, used her mother's credit card to buy a plane ticket, to New York. From there, she found Camp Half-Blood. 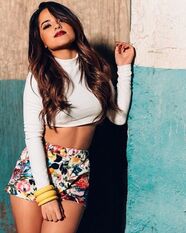 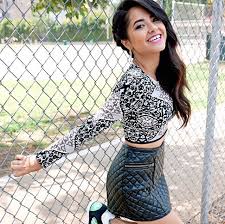 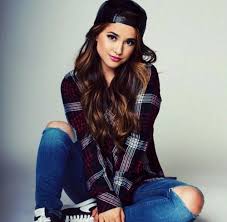 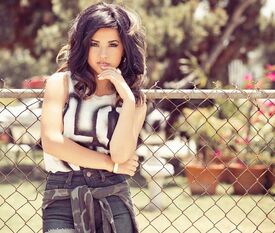 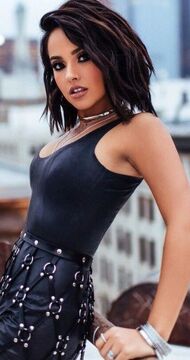 Retrieved from "https://camphalfbloodroleplay.fandom.com/wiki/Lana_Eastwood?oldid=1805343"
Community content is available under CC-BY-SA unless otherwise noted.