Lewis Rockefeller @loverboylewis Follows you Son of Aphrodite • Lieutenant Counselor 🕊♥️
I set you on fire, babe, then down came the lightning on me. Camp Half-Blood Joined January 2014 394Following 734KFollowers

(i will rework this soon)

Lewis is vain, a bit selfish and very concerned about his looks and how other people view him. He is naturally flirty and very romantic as he is a child of the goddess of love and he is also bisexual. He is attracted to both boys and girls and can easily get distracted when he's talking with a person he deems atrractive. He is also very focused and pays attention to what he thinks is important but from time to time he just forgets about the things he has to do and kicks back and simply becomes playful and sometimes, a bit childish.

(i will rework this soon)

The story starts with Giorgio Rockefeller. He was a demigod son of Eros, charming and well, handsome. His smile could easily make a girl fall head-over-heels at him. He went to Camp Half-Blood at age 12 where he resided at Eros' Cabin during his stays every summer.

The goddess Aphrodite seemed to have noticed him at some point and got interested. As he slowly reaches the age of 18, Aphrodite takes notice of him much more and well, she was enamoured. After reaching the age of 18, Giorgio took on a quest for his father, Eros where he encountered Psyche, his father's wife who seemed to have taken a particular liking on him. She also gets enamoured as Aphrodite has. And when Aphrodite found out about this, she confronted Psyche and they had a fight over the guy. The fight raged and Aphrodite mentioned that Psyche couldn't sleep with his husband's son and Psyche claimed that he looks just like Eros when he was young and that sparked things up for her. They continued fighting and kind of challenged each other to whom could seduce him first and voila, they both managed to sleep with Giorgio, a few days apart and something happened. They both got pregnant with Giorgio's baby.

About nine months later, Aphrodite and Psyche left the babies on baskets with notes at the same time. However, Eros who was really annoyed that his mother and his wife had an affair with his son decided to remove the notes and replace it with just one saying that the babies are twins and are his sons from one goddess whom he didn't specify which one.

Giorgio took them both in and decided to get a job to support them. He named one Lewis and the other one Brian. The children grew up rather well. He told them about their Greek heritage and taught them to fight at a young age just in case monsters sniffs his blood and endangers not only him but his children. The children experienced two monster attacks before reaching twelve as the monsters smelled their dad but their dad handled it quite well and was able to fend off the monsters.

At age 12, his dad sent them to Camp Half-Blood for more training. Since he was a demigod and used to go to Camp, he would naturally know all about it. The first summer went out well, however since they were only 12 and didn't quite show their powers yet, Psyche and Aphrodite were unsure which of them is which so they didn't claim them and the two resided at Hermes' Cabin. Zeus started putting pressure on Aphrodite and Psyche to claim them but the two still didn't know which of them was their son until the second summer when Lewis started showing his powers. Aphrodite knew he was her son and so she claimed him. Psyche was still upset with Eros that he messed up with the notes and decided not to claim her son just yet.

The next summer, Lewis wanted to go back to camp but Brian refused. He didn't want to go to camp, he hates camp. He hasn't been claimed unlike his brother and wants nothing to do with camp. Psyche figured that she's off the hook and since her son is not at camp, no one would bother her to claim him.

When they both turned 15, Giorgio took a job in Australia and decided to send neither one to Camp. They lived there for a few years until Lewis and Brian turned 17. Eros talked with Psyche and insisted that she has to claim her son but she refused because she wants to get revenge on Aphrodite first so she lured them into a trap, where she knows lots of monsters are lurking hoping that Lewis gets injured but in the process, Giorgio dies killing a handful of monsters, leaving his sons to finish off the few left.

Eros became furious by knowing this and he managed to convince Psyche to finally claim his son but since she doesn't have a cabin, Brian refused to go to camp once again. Lewis was angry with Psyche and blamed her for his father's death. He decided to go to Camp and continue his training. Brian was sick of him getting left behind, not being claimed for so long that brought him to be jealous of his brother who was claimed ages before he did. When he found out about the Broken Covenant, he immediately looked for it and decided to join.

Powers of a Child of Aphrodite: 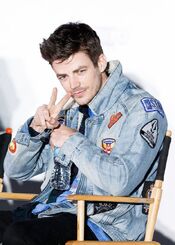 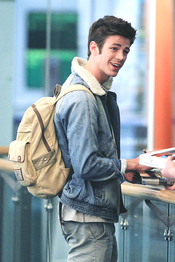 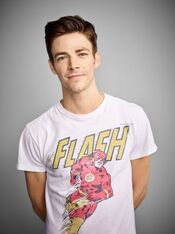 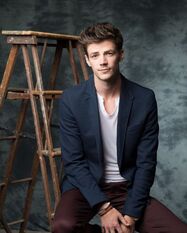 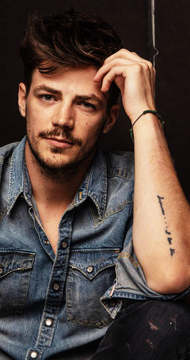 Retrieved from "https://camphalfbloodroleplay.fandom.com/wiki/Lewis_Rockefeller?oldid=1799866"
Community content is available under CC-BY-SA unless otherwise noted.