Maia is a child who often doesn't let much bring her down. Happy and go lucky, Maia is a cheerful person who spends most of her life absorbed in pop culture. Gullible, she'd be the type of person who believes a rumour a gossip magazine made up. Except when it's Beyonce slander, she'd never believe anything about that. Maia idolises Beyonce, clearly. When she loves someone, she refuses to believe any ill of them. If they could gain her trust and love, then they surely can't do anything wrong. Clearly, she's also rather innocent and naive. Despite having gone through hardships throughout her life, she still never went through someone being an asshole to her or her family. Surely people couldn't be as cruel as people say? Maia will always believe people have the best intentions. In short, Maia is your definition of a basic white girl. She'll conform to all the latest trend (yes, she knows how to do all the tiktok dances), in love with starbucks, and had a phase of wearing ugg boots. And don't forget her bubble tea-she loves bubble tea. If she ever wonders how she's so poor, she just needs to blame the bubble tea.

The Bach twins began, not in the U.S, but in Vietnam. Their mortal mother, Karen, was born and raised there. Her family had little going for them. Both worked as cleaners and Karen spent most of her time playing on the streets, often being mistaken for a street urchin. She didn't do well in school, never quite knowing how to study properly. She tried but always ended up failing. In high school, she often worked with her mum, cleaning for some extra cash. It wasn't until she was seventeen did something shift. Her father found her mucking around with another girl. It was nothing serious but it was enough for Karen to be kicked out of her house. Two years later, she had emigrated to the US with nothing but the clothes on her back. She set herself up as a fortune teller with a travelling carnival. It gave her a bed to sleep in and some cash on the side. It was nothing much but it was enough.

It was here that she met Hecate. Not that she knew who Hecate truly was. But she took the goddesses fortune. She wasn't very good at it, of course, but she must have been endearing enough that Hecate came back the next day, and then the next. For nearly six months, the two had an affair. One that made Karen fall head over heels. So you can understand Karen's heartbreak when Hecate had to leave, telling her that she was called back to London by a supposed family. A lie, of course, but enough that Karen was left alone. But how could she go back to her old life, one of loneliness, when she had just experienced something so consuming? So powerful?

But her life was forever changed. Through twin daughters. They appeared on her doorstep four months after Hecate left with a letter, explaining everything. Who Hecate truly was and the future the twin's faced. Of course, Karen took both of them in, despite having little to no money. Her job barley covered herself, let alone two babies. But she made it work as best she could. Working as both a fortune teller and a store clerk, applying for welfare, selling small figurines made out of wire to strangers. Anything to bring in some money to feed her children. This was how they were raised. With little to no belongings, no mansions, barely a roof over their hand, but a life full of love.

Maia's childhood memories were one of happiness, despite being in poverty. She spent her afternoons watching a TV, that almost always broke every night, and being introduced to pop culture, namely Beyonce. By the age of 7, she had the single ladies dance down packed and had saved up to buy every album of hers (including the entire discography of Destiny's child). Beyonce was, in short, her escape from reality. She was eight years old when she had her first monster attack. She was walking home, listening to her walkman (it's what they could afford), when a hell hound appeared. It would have eaten her if she hadn't dropped her walkman, which was still blasting Beyonce. With the hellhound distracted by the music, Maia ran, getting lost in the crowds of New York. She was so scared, she hid in central park for a night, shivering from the rain. Whilst her twin, Manon, didn't believe her, Karen certainly did. But even then, wanting to protect her daughters'innocence, she kept silent. Not yet.

The girls' were never introduced to camp. Being in a carnival that moved around and had so many people passing through it, their scents were often shrouded from both monsters and satyrs. Thus, they were left unnoticed. However, it all changed when they were fifteen. Karen had fallen ill with cancer. They couldn't afford chemo and were told she only had six months to live. Yet she lasted another two. It was peaceful, thankfully, in her sleep. Even though she was weak and could barely hold any of her food down, let alone walk, her death was peaceful. Still being minors and without any legal guardians, the two teenagers were brought into the system. Now outside of the carnival, they were easily found by a satyr who introduced them to camp as quick as he could.

Used one early power up. 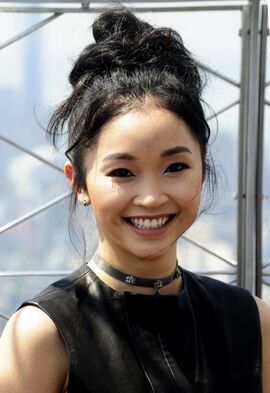 Retrieved from "https://camphalfbloodroleplay.fandom.com/wiki/Maia_Bạch?oldid=1802531"
Community content is available under CC-BY-SA unless otherwise noted.