“Ladies who play with fire must remember that smoke gets in their eyes.”

Makeda Kane is the daughter of Fallon Kane and the personification of sleep, the primordial Greek deity Hypnos.

“We need to defend the interests of those whom we've never met and never will.”

Fallon Kane met Hypnos after she completed Recondo School while she was still in Georgia. She was in a great mood having been an exemplary student across all three phases of the RSLC course. They met shortly before she planned to return to New York. She was taken with him, she had no interest in a relationship and had chosen to remain abstinent for personal reasons. During her brief intimate encounter with Hypnos, Fallon went on to accidentally misuse her chosen contraceptive. Pregnant and alone Fallon had a hard time explaining to her superiors what exactly happened. She was not about to lie and concoct a story that would make her look better in their eyes. She told the truth, she admitted how she planned to be a single parent to her child and she would not refuse deployment. She went on to have a beautiful daughter she named Makeda. Fallon and her daughter lived off base with friends she had known all of her life. She payed them for childcare providing a stable home for Makeda while Fallon was away.

Makeda was raised in a strict world that was riddled with chaos. Her mother was active duty, in the military full time. A veteran who served in combat in the armed forces. It kept mother separated from daughter a lot of the time, it also happens to be what shaped Makeda into the woman she is today. Fallon and Makeda did not have a lot of family to rely on, they had friends and people close to them. Friends are not always what they appear to be, sometimes bad people look like good friends. While her mother was on yet another tour of duty Makeda was left with people who had zero blood relation to her. Unfortunately they did not concern themselves with her wellbeing the majority of her time spent in their care. Through no fault of her own she consistently had to navigate the trauma, depression and anxiety of other people. She was disciplined harshly, she was beaten brutally and she was molded by the cruel, troubled, people that surrounded her. She never had hope, she always had the will to survive.

Her early youth was spent escaping the grubby hands of men who wanted to use her and women who wanted to sell her for their own gain. She always managed to barely find her way out of a nasty situation mostly unharmed. More than once someone has come to her rescue, plucked her from obvious danger. One cold, wet, night when no one came to her aid she decided to save herself. She fought with every ounce of strength in her body, it was not enough until she saw a weapon within her reach that what could have been her worst nightmare came to screeching halt. All she knew was there were rings in sight, an unexpected gift from her father, all she had to do was grab them. She put her fingers through the holes of the rings in those knucklebusters and she felt something. She quite literally pummeled the man that was trying to have his way with her. She gave him a swift knee to the nether region and as many hits to the head and as he would take. It was not long before that drug riddled man was trying his best to scramble away from her. Something in her figured out the twist to the knucklebusters that turned them into a sword. At the sight of that and the evil grin on the face of this girl sent him running at a feverish pace.

She ended up putting her beloved weapon to good use, drug riddled cretins were not the only predators that came after her. She had to contend with all manner of monsters in literal fights for her life. Forestalling the creatures that attacked her gave her the strength and confidence she needed to survive her unbalanced home life. Her caregivers were forced to begin treating her better when she learned she could defend herself. She was unafraid to brandish her weapons at them, it was her mother she was unwilling to share her more violent side with. When her mother returned Fallon was faced with a choice. Makeda's caregivers had become afraid of her, they wanted them both out. Fallon countered with more money and Makeda was able to stay and rule over her domicile in the new dynamic where she was in charge. Her happy little existence did not last long, she was faced with true monsters that were nothing like the human people she had been battling for the last thirteen years. She fought off some vicious beasts, from pigeon-like birds to horses with red eyes, with the help of someone one who called themselves a demigod.

She was eager to deny the potential awakening of godlike powers. However, the life she led up until then had been rather dark. She thought that it was a real cute title, demigod, a fun way to describe a person. That was until she saw the way Kirby used their weapon, a bow and arrow, at which point it all became more believable. Being a demigod seemed like a better path than the one she was currently on. Makeda and Kirby made up an excuse to tell her mother and with that she let Kirby Nash show her the way to Camp where she was claimed by Hypnos. Makeda was comfortable for a number of years at camp, she missed the old world she had known because it was where she left her mother. She let the notion of her mother being safe in her mortal existence be what what brought her peace when it came to that portion of life. She heard from a camper she trusted, Scarlett Mann, rumors that turned out to be true about the Amazons that gave her a renewed sense of purpose. She knew she was willing to put her life at stake in order to become their deadliest warrior. She felt she was meant to be their leader. She would let nothing stop her from becoming Queen of the Amazons.

“Clothed in my dignity, the only worthy garment, I go my way.”

Makeda is a strong, fierce, extremely capable woman who does not take any crap from anyone, ever. Talk to her sideways or with any disrespect be prepared for a painful outcome or a physical altercation. At the very least the head-on collision force of a backhand to the mouth or a blink and miss it kick to the chin that could knock more than a few teeth loose is going to be how it ends. She is a painfully serious individual, every word that she speaks she is fully confident in. She never says something that she does not believe, and she will never utter falsehoods for any reason. She is brutally honest, she does not like to beat around the brush. More importantly she does not respond well to jokes made at her expense.

“Truth never damages a cause that is just.” 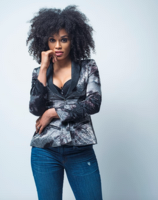 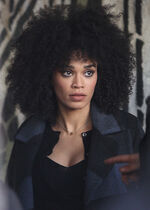 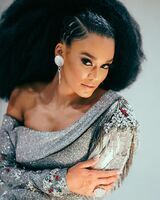 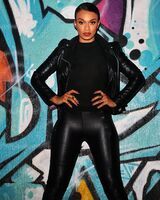 “Evidence presented fairly does not have a side, it speaks to what is correct for itself.”

•Children of Hypnos have the ability to, upon direct contact, to force someone to fall asleep for a short time; after the effects have worn off, a person is immune to further effects of this for a moderate time. They can also fire a wave of energy with the same effects and limitations. The wave is singular and is only big enough to hit one person.
•Children of Hypnos have the ability to cause someone near them to feel extremely tired and become sluggish for a short time. Leaving the target vulnerable to attack.

•Children of Hypnos can put people to sleep for a short time; after awakening, they will feel extremely refreshed, as if they had just slept a full night. This power can only be used with the target's consent, so it's only useful for aiding allies.
•Children of Hypnos can directly contact a sleeping person dreams to either cause paranoia or a blissful dream.
•Children of Hypnos can create opium and use it for a multitude of purposes from helping to numb someone's pain to putting someone to sleep or making them feel drugged. The effects of the opium wear off after a short to moderate time. They can even create a field of poppies so tall that it obscures the sight and slows down anyone they are fighting, they only last for a short time before they wither away.
•Since Hypnos was considered an underworld god, his children have the ability to Shadow Travel, to teleport from shadow to shadow; the further the distance, the more energy drained.

•Children of Hypnos can take control of another person’s body while they are asleep for a short time, however they cannot force the opponent to harm themselves; the person being controlled feels as if they are dreaming and will vaguely remember the experience.

•Children of Hypnos are able to curse someone into feeling like they haven’t slept in a week, the target cannot fall asleep in this state. They are forced to fight the user while being exhausted. The curse only lasts for a moderate amount of time and the target will receive their strength back afterwards, they are immune to further use of the curse for the rest of the fight. The user is substantially drained.

•Children of Hypnos can draw power from all the actions and desires for sleep they’ve seen, felt, or committed in their lives and become an embodiment of sleep. This would make them more powerful and immune to all attacks, enhancing their physical prowess and power over sleep they previously possessed. This only lasts for a short time, after which the user will be so exhausted they’d lack the ability to even move for some time and could even faint. If they pass out from the transformation, they cannot remain conscious and quickly regain their strength.

Retrieved from "https://camphalfbloodroleplay.fandom.com/wiki/Makeda_Kane?oldid=1834782"
Community content is available under CC-BY-SA unless otherwise noted.