Note: This character is given to me by ChocoMadness.

She can sometimes be hot headed, rash, and annoying but actually, she is very warm inside and doesn't have the heart to even kill a fly... only when it's needed. What she hates most is lying and trickery which is very ironic since her father is the god of mischief. Despite that fact, she finds it very hard to lie.

Maya's mother, Bianca Liu, met Hermes when she was on a vacation in Shanghai. She was in a museum wherein different pieces of artwork are displayed. As she studied them, a man offered to explain one of the works there. For the sake of knowledge, she did not turn down the offer.

Afterwards, they started dating for a few months until it came to a point where Bianca had to go back to America, where she originally lives, and Hermes also had to bid his goodbye. But before that, they did the you-know-what and then nine months later, Maya was born.

As a child, Maya was small compared to the other kids in town and so she was often bullied. But her mother taught her how to defend herself and that was how she become strong. She was able to stop the offenders not by might but by words. She is actually a bit brainy (witty of some sort), if that's how you refer to it. Despite all of those, she was still like a normal little girl who wanted to play with her dolls and such. When she was diagnosed of dyslexia and ADHD, she was eight years old back then. Because of this, she was bullied even more but she always showed a brave facade.

When she was thirteen, her demigod scent was strong enough to attract monsters and so she encoutered her very first—stymphalian birds. There were two to three of them in an alley. They looked demonic and it made her utterly frightened. Not knowing what to do, she just ran for her life (with shocking speed). Later, annoying sounds were made behind her and when she turned, she saw the birds were in disarray. The one responsible for the noise was a satyr. He didn't have time to explain everything but all he did was give her a USB. At first, she was puzzled then she was told to push a button there and then it transformed into a sword (celestial bronze). Together, they fought the birds. The satyr did all his might and even summoned vines with his pipe (that instrument).

After all the trouble, that's when he got to explain things to Maya—demigod, godly parent, camp and all those stuff. She didn't want to go to camp and leave her mom... not when she was diagnosed of a terminal disease. The satyr understood the situation however, staying out was dangerous and so he decided to accompany Maya until she has decided to come with him.

Four years later, now Maya is seventeen, her mother died and she felt like she had no one else. During the past four years, she and the satyr had been doing the same thing—fight monsters everytime they come. She felt tired of that life and she finally decided to go with him to train herself at camp.

She arrived to camp at the age of seventeen. 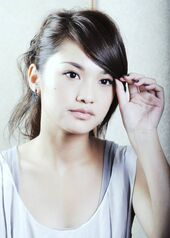 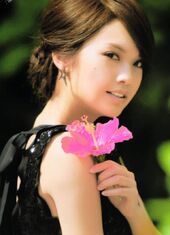 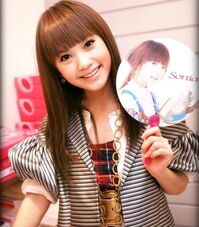 Add a photo to this gallery
Retrieved from "https://camphalfbloodroleplay.fandom.com/wiki/Maya_Liu?oldid=1503516"
Community content is available under CC-BY-SA unless otherwise noted.