Νέμεση
Nemesis won the God/Goddess of the Month Poll competition for September 2012. 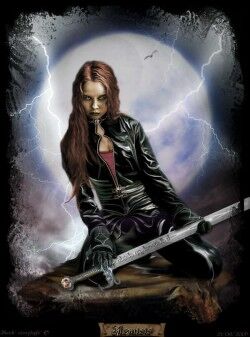 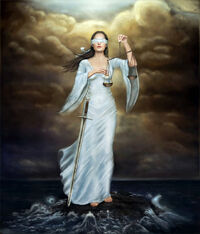 Nemesis (Roman Equivalent: Rivalitas or Invidia) is the minor goddess of revenge and retribution. Nemesis is the daughter of Nyx, the primordial goddess of the night. She appears chiefly as the avenger of crime and the punisher of hubris (pride). For this reason she is mentioned along with Aeschyne, the goddess of modesty and shame. Her name in Greek means "to give what is due" therefore giving her the nickname: Justice.

Nemesis was the goddess of indignation against, and retribution for, evil deeds and undeserved good fortune. She was a personification of the resentment aroused in men by those who committed crimes with apparent impunity, or who had inordinate good fortune. Nemesis directed human affairs in such a way as to maintain equilibrium. Her name means she who distributes or deals out. Happiness and unhappiness were measured out by her, care being taken that happiness was not too frequent or too excessive. If this happened, Nemesis could bring about losses and suffering. As one who checked extravagant favours by Tyche (Fortune), Nemesis was regarded as an avenging or punishing divinity. 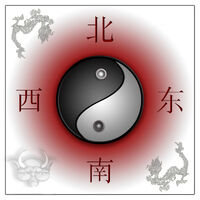 Nemesis was often sometimes depicted as a winged goddess. Her attributes were apple-branch, rein, lash, sword, or balance. Her name was derived from the Greek words nemêsis and nemô, meaning "dispenser of dues." The Romans usually used the Greek name of the goddess, but sometimes also called her Invidia (Jealousy) and Rivalitas (Jealous Rivalry).

Retrieved from "https://camphalfbloodroleplay.fandom.com/wiki/Nemesis?oldid=1570247"
Community content is available under CC-BY-SA unless otherwise noted.