He is quite a bit of a wallflower but he still tries his best to comunicate with others. He can be a bit gullible sometimes. It's not that he hates company, in fact, he loves having friends. It's just that he doesn't really like starting conversations. But now that he's a grown up, he tries his best to socialize.

Cindy lived a normal life in an apartment in Michigan. Since she was a child, she had a thing for flowers and so when she grew up, she became a florist in her very own shop. Poseidon just happened to pass by the cozy-looking flower shop, which caught his attention. He entered the shop and there were a lot of customers. The people loved the flowers Cindy sold. But the thing they loved most was her sweetness. She was really good with customers. Upon seeing Cindy, Poseidon immediately felt attracted to her. He, not really intending to buy flowers, grabbed a random bouquet and went to her saying he'd take it. After he payed for it, he gave her the bouquet. She was actually surprised and at first she thought he was just joking but he said that it was really for her.

That was how they met. They dated for a few months and then we all know what happened next.

When Cindy found out she was pregnant, she never got the chance to tell Poseidon since, like other deities, he immediately left after the thing between happened. It saddened Cindy, of course, but it did not stop her from raising the child. She told Emily, her sister, about the baby. She was actually happy for Cindy but also felt quite envious since she'd been married to her husband, Mark Tanner, for years and yet they didn't have a child.

Nine months later, the baby was born but unfortunately for Cindy, she died of giving birth. Her death gave Emily too much sadness. They were really close. They were like best friends and sisters at the same time. The baby was just given to her and her husband. She'd gladly raise the boy for her sister. They named him John Nicholas.

Emily and Mark told Nicholas at a very young age that they were just his aunt and uncle. They didn't want him to live in a lie thinking they were his real parents. They also lived in an apartment and was actually Cindy's neighbor. Nicholas was a simple kid but for some reason, he preferred to stay inside the house. He was a wallflower. Even at school, he'd just stay quiet and sit on a chair somewhere at the corner. There were times when he actually wanted to play with the other kids and good thing they were kind enough to let him. So he made a few friends.

He had a thing for spiders. Those were the things that interested him the most. He'd spend his leisure time studying them. His classmates started to find him weird.

He encountered his very first monster attack when he was eleven. It was a hellhound that attacked him when he was on his way home. Thankfully, a satyr came to the rescue and gave him a Celestial Bronze broadsword. Nicholas's instincts just acted up and told him to slash and stab the hellhound. He and the satyr fought the hellhound together until it disintegrated into golden dust. Nicholas was in so much shock that he could not even speak. The satyr just tried to calm him down and told him everything then he asked Nicholas to come with him to camp. Nicholas refused and insisted that he needed to finish his studies first. Of course, the satyr respected that but he was actually scared for the young one. But since the satyr looked as young as Nicholas, he just decided to go to school with him so he could protect Nicholas everytime a monster attacks.

When he was thirteen years old, one time, students at the age of seventeen or sixteen bullied him just for fun. They were bored after all. Of course, Nicholas was scared and didn't know how to fight back so in the end, he got beaten up until he was too weak and got unconscious. The senior students weren't satisfied with it, they even went to the sea and threw his body there then left.

By the time Nicholas had already submerged in the water, he woke up and felt rejuvenated. He also realized he was breathing underwater. He panicked for a moment thinking he might already be dead. He emerged from the water and he heard someone shout his name at the shore. It was the satyr. He'd been looking for Nicholas since he went missing and he was extremely happy that he finally found him. Nicholas told the satyr that he could breathe and that he felt great underwater. On that moment, the satyr knew he was a son of Poseidon. He told Nicholas to come with him to camp immediately and that he shouldn't refuse now. Nicholas felt the urgency of his words and so he finally agreed however, he requested for him to just go to the said camp in summer. They agreed since it's only a few weeks away.

He spent his summer vacation at camp and trained there but he didn't much like the feeling of being away from home. He came back home after the summer. The satyr also became sort of his best friend and so he just said he'd come with Nicholas so he could protect him. The satyr stayed with him in the same apartment. Nicholas just told his aunt and uncle that he was a friend who lost a home--quite a lame thing to say but Emily and Mark allowed the satyr to stay without them knowing he wasn't really human. Since the satyr was also assigned in the area, he brought kids to camp, as well.

As years passed by, monster attacks did not stop. Nicholas would sometimes get three or more attacks a year but the satyr was there and they just helped each other. Harpies, Stymphalian birds, even cyclopes and many more various monsters attacked him but nothing they couldn't handle. It went on and on and the satyr would keep on telling Nicholas to just to go back to camp but he'd refuse. He really wanted to, as much as possible, finish his studies. He was actually one of the top students in class. He was diagnosed of dyslexia when he was ten but it did not stop him from studying hard. He took education seriously.

However, as he got older, stronger monsters came. When he was seventeen, he decided to just go back to camp just like what the satyr always told him. The satyr was extremely grateful that Nicholas finally wanted to go to camp.

Along the way, they also encountered monsters--empousai. Fortunately, after all the attacks Nicholas encountered through the years, he got better and somehow also managed to defeat the empousai with the satyr. Good thing camp was just a few meters away and they just ran until they finally entered camp. 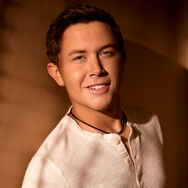 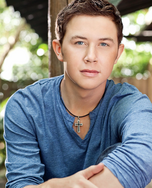 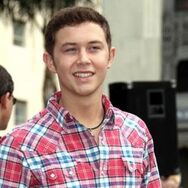 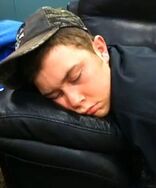 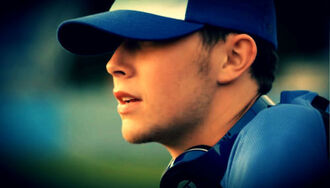 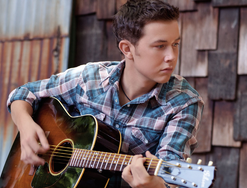 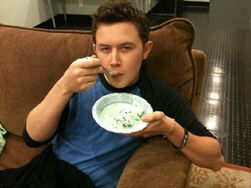 Fooood
Add a photo to this gallery

Retrieved from "https://camphalfbloodroleplay.fandom.com/wiki/Nicholas_Tanner?oldid=1508063"
Community content is available under CC-BY-SA unless otherwise noted.