The Quest to Prevent Rebellion

She is one loyal friend you do not want to lose. Generally, she is a kind and caring young lady but she isn't the 'too nice' type, who people can just belittle and abuse. When a person treats her nicely, she treats him/her the same way. When a person treats her badly, she tries her best to extend her patience. But if anyone crosses the line, it's time for her to show some teeth. When she gets angry, people just won't like it. She can be quite shy the first time you meet her but later when you get to know her more, she is a jolly person. She gets very serious when she is in battle.

Sometimes, she could be naive with things like someone liking her or etc. But she didn't have to worry about those things because it is very rare for someone to like her. She doesn't even know if someone ever liked her.

Her father, Michael, met her mother, Demeter, when he was in a park. Michael appreciated nature a lot. He spent most of his time sitting down on a bench looking around and sometimes drawing everything beautiful that he sees. There was one time, he saw this beautiful lady. He was so starstruck but he was afraid to approach her. She just sat under a tree also looking around as if appreciating the beauty of nature. Michael tried to draw the beautiful maiden. Later, when he took a glimpse, the lady was gone. Then he was startled when someone spoke from behind him saying, "I look beautiful." He turned and saw it was the beautiful lady. "May I have a look?" the lady asked. Michael was so dumbfounded by that time. That's where their relationship started.

When their child was born, Demeter just left her in a basket on the doorstep of Michael's house. She just knocked on the door and left immediately. When Michael heard the knock, he felt excited and all thinking it was Demeter but then all he found was a crying baby in a basket with a note saying that the child is his. He didn't fully understand why Demeter had to go away. He didn't even know she was a goddess. All he knew was that in his arms was their baby. He always called her Paige because she'll always be a reminder to him of his love, her mother, Paige, the name Demeter used when Michael and her met. It saddened Michael too much that he couldn't be with the one he loved but it did not stop him from raising his child.

Paige was two years old when she learned to read. But she read wrongly every time. Her father let it slip because he understands... she was still a child. She grew up and went to school. Every time her teacher asked her to read something on the board, she read it wrongly and her classmates just laugh at her. She did not tell her problem to her dad. She wanted him to feel proud. She practiced and practiced reading but she just didn't get it. Her father noticed her hardships. He did not get mad at her whatsoever. But he wondered what was wrong with her. They found out she had dyslexia and not only that... she had ADHD. That ruined Paige's dreams of becoming a writer. It gave her too much depression. Michael did all that he can to bring back his happy daughter. He remembered archery being his hobby. He taught her archery and she seemed to love it. They used crossbows, not bow and arrows. Somehow, her happiness was brought back. At least in archery, you can just aim and shoot. No letters to read whatsoever. She also had an amazing talent in art. Her father also started teaching her about different techniques in drawing.

Paige and her dad always went to the park, where he and her mother met. She was 13 back then and they were in the park. Her father went back home just to get something and he told her to stay. And so she did. But it took her so long to wait and so she decided to go home. It made her worry a lot. She rushed back home and there was no sign of her father. There was only a note on the ground. It was written in Greek and in her surprise, she could read it as if she didn't have dyslexia at all. It said, "Go to Camp Half-Blood. You'll be safe there." When she saw the word safe, it alarmed her. She felt the urgency of the note. Whoever wrote it, she did not know. At the back of it, there was a map. All she had to do was follow it. Under the map, the words 'Long Island, New York' was written. "New York? That's far... how am I supposed to go there?" she asked herself. She decided to just think about it later and start packing her things first. She brought her crossbow along then went out. She didn't know why she felt like she needed it. Once she was all set, she went out. She had two purposes: One, find her father. Two, find the camp.

She had absolutely no idea what was happening. She went to the park again to look for her father but again, no sign of him. The bright skies suddenly turned dark as if a heavy storm was about to come. And there it was. Heavy rain fell. She looked around for shelter but all she found were 3 harpies. They hissed, "Demigod!" Then they started chasing her. Paige started shooting arrows at them but they just stumbled and flew back up. She ran and then she stumbled upon a big tree. She thought of getting those harpies up into the sky to stop them from chasing her. She accidentally fell back the tree and touched its bark. Suddenly, vines stretched out from the tree and wrapped around the harpies' bodies. She was surprised and wondered if she did that. Then she thought of squishing them and the harpies started wailing, "We will get you, demigod!" They squirmed. When she had her chance, she shot arrows again and this time, she aimed for their eyes. "AHH!" they groaned, "We will find and kill you!" Then she ran for her life. She called for a cab and said she needed to go to New York. The cab driver noticed she looked very young and alone. "You sure you're goin' to New York, young lady?"

She kept on looking out the window panting then she answered, "Yes sir. And I'm in a hurry so please step on it."

The cab driver just shrugged and did as Paige told him. It was a long drive. It took almost ten hours before they arrived. She even slept in the cab. "Ma'am? Here we are."

The cab driver had woken her up. She looked out the window and she couldn't believe her eyes. She was seeing New York. She opened the door and totally forgot to pay. "Um, ma'am. Excuse me."

"Huh?" She said, "Oh. Right." She felt her pockets and, oops, of all the things she shouldn't forget... she forgot to bring money with her. "Uh... sorry. I have no money. So... see ya!" She quickly grabbed her stuff and made a run for it.

"Hey! Young lady you need to pay!" The cab driver drove to get to her.

Paige kept on running and running but she couldn't possibly outrun a taxi. Later, someone ran along with her. "Someone chasing you?" he asked.

"Pay what?" he asked while running.

"You've got a cab chasing you??? Well, that's perfect! Come on!" He grabbed her wrist and ran the other direction going to the cab.

It was a satyr. He looked in a hurry and in panic. Paige first thought he was just an ordinary teen like her but she saw those little bumps, which appears to be little horns. The satyr did not have time to explain. He quickly got the same cab and told her to get in.

"Dude, I've got a lot of drachmas here. You can even bathe yourself with it. Now, let's go! Go! Go!"

When Paige looked back, she finally understood why he was being frantic. Cyclopes came looking for them. And they weren't very far. There were 2 of them and they were riding motorcycles. He told the driver an address and he told him to make it faster. Paige got half of her body out of the window and shot arrows at them. She shot them but nothing happened to them. The satyr gave her something, a pocket watch. "This is ridiculous! Why are you giving me a watch?!" she asked in confusion and panic.

"Just open it!" the satyr exclaimed.

She opened the pocket wacth and it turned into a crossbow. "Whoa!"

The satyr gave her the celestial bronze arrows for the crossbow and explained that monsters do not die with ordinary weapons. "Now shoot, girl!"

They finally arrived at camp but not fully. They were a few meters away from its boundaries. They payed the cab and quickly got off. They had to climb the steep hill. The cyclopes got off their motorcycles and threw it at Paige and the satyr. They managed to dodge but one cyclopes caught Paige's leg. The satyr threw a dagger at the cyclopes' eye and it groaned in pain. Paige shot arrows at it continuously until it disintegrated. The harpies, which Paige had bound with vines, had arrived and joined the pursuit. Paige and the satyr ran faster. The other cyclopes tried to grab Paige but she and the satyr rolled down to the other side of the hill. The cyclopes and the harpies can no longer cross. They made it to camp safely.

She spent 2 years training in camp. She was 15 back then. Hearing the news about her father, she went out of camp to find him. She transferred from one place to another. Going to abandoned houses, open fields, anywhere she could stay. She fought monsters along the way, as well. A year later, she's now 16, she went back to camp frustrated. She only met various monsters but did not find her father.

ατρόμητος (atromitos - Greek for Fearless)
A pocket watch she keeps with her at all times. Once opened, it turns into a crossbow. 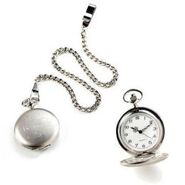 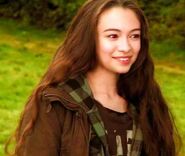 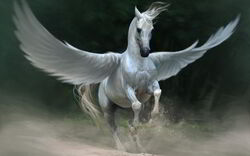 Name: Michael (named after her father)

Size: the normal size of a full-grown pegasus

Paige found him in a forest caught in a net while she was out looking for her father. Its wings were badly injured. She approached it and tried to help it but it seemed to squirm and wanted to kick her everytime she came closer. But she managed to get the net off of it. Then she thought that it might be hungry. Since there were trees nearby, she gathered as many fruits as she could. She tried to give it but the pegasus was a little fierce. Then she threw it instead. Surprisingly, the pegasus caught it with its mouth and started eating it. She did it again and the pegasus caught it again. Later, she tried to pet the pegasus and he seemed fine now. She tried to help it by applying first aid to its broken wings. Paige never really planned to keep him but when she left, the pegasus kept on following her. So she decided to keep him as a pet.

Retrieved from "https://camphalfbloodroleplay.fandom.com/wiki/Paige_Gabriel?oldid=1623475"
Community content is available under CC-BY-SA unless otherwise noted.