Primrose is first and foremost a people person. Her whole life revolves around other people and her social life. More than anything she is an entertainer and she loves to make people laugh and smile. Primrose is bold and confident, and she is usually very high energy. Her love of people makes her very outgoing and loving, but her high energy and cheerfulness has been known to be a bit grating. She treasures honesty and tries to always be upfront with people. Since she has led such an extravagant life, she has little necessity for material things and is always very generous. Above all, she is an idealist and a dreamer. She has big dreams of stardom and wants to make the whole world smile. Behind the bubbly, cheerful attitude, however, lies a sharp mind and extremely quick wit. She knows that her beauty is power and moreover she knows how to use this to her advantage. While she isn't much of a manipulator, she is very charismatic and finds it easy to befriend new people. Primrose also loves to read and has a great love for many of the Western classics, like the work of Jane Austen. Her favorite book is "Emma" by Austen and her favorite movie is, in turn, "Clueless". To combat her dyslexia, she prefers to read in French, which, thanks to her mother, she finds no difficulty in reading.

Russell Bishop was always attractive. From a young age everyone told him so. It was no surprise to anyone who knew him that he was incredibly popular and when he was cast in a major motion picture he became the golden boy of his small town. When he was 12, he encountered his first monster. That was when he learned that his true father was Apollo. Thanks to a rescue from a satyr, Russell spent several years at Camp Half-Blood, but eventually he decided to follow his dreams of stardom and left. Years later, after a successful career in acting, Russell turned his sights on management. For all of his career, he had always noticed where the real money went. So, he used his wealth to start his own studio: "Bishop Studios".It was an immediate success. They made children's shows, cartoons, feature films and much more. Russell Bishop got the rights to anything he could get his hands and soon Bishop Studios was one of the largest in L.A.

Soon, he became a wealthy and popular among the who's who of Los Angeles and threw lavish and extravagant parties. He was a notorious bachelor and had a reputation for picking up lovers, men and women both, at his parties. At one specifically jubilant soiree, Russell found a particularly beautiful woman. She reminded him of his mother. Her hair was a shimmering blonde and her eyes were piercing green. He almost fell in love at an instant, but being who he was, rejected that impulse. Instead, he took her to bed.

Russell never saw the woman again, but nine months later he thought he may have. A baby arrived in his home, laying in a crib in the center of Russell's opulent bedroom, and she bore a striking resemblance to the woman and, in turn, to Russell's own mother. With her was a note and a bracelet with a bronze, diamond studded rose. Russell read the note and it explained everything. About Camp Half-Blood and about Aphrodite, the girl's true mother. He named her Primrose, after his mother and fell in love with his new daughter. He had never pictured himself the family man, but one look into his daughter's green eyes and he knew his life as a careless bachelor was over.

Russell also knew that his daughter would face many of the same trials he did as a child. Before she even started schooling, Russell hired reading tutors and spent thousands to make sure her education would go as smoothly as possible. He also started training her to fight the only way he knew how, archery, as soon as she could hold a bow. If he had anything to say about it, his daughter would have the easiest life he could manage.

Primrose grew up as pretty and popular as her father, more so even thanks to her mother's divine loveliness. Often, her beauty was the first thing others noticed about her. When she was young, Prim loved the attention, but as she grew older she valued more. Each day she grew more beautiful and when she was six years old she played Cinderella in school play and loves it. Even at the young age of six, Prim knew that this could be the thing that people valued more than her beauty: Talent. Given that her father was a film and television executive, it wasn't very hard for her to break into the business. He was elated when she expressed interest and by the time she had turned eight he had gotten her an agent, a manager and a starring role on his newest show, "Ellie's Epic Tale"; A show about an eight year old girl who fixes the problems in her life by imagining them in a fantasy world full of fairies, goblins, wizards and princesses. The show was a hit and after the first season had aired, Primrose was exactly where she wanted to be.

Not long after the first season finished airing, however, did things start to go wrong. It was her manager who turned out to be a vicious harpy and became Prim's first monster attack. Prim was left alone with her one afternoon while her father was out planning for a season two. He had assigned Moira, Prim's manager, as her babysitter for the evening. However, they didn't even reach dinner when Moira revealed claws, feathers and a malicious glint in her eye that spelled Primrose's doom. Prim ran from the kitchen into the back garden. She sprinted into the hedge maze her father had so lovingly crafted to escape. It didn't take Moira long to find her thanks to her impressive sense of smell, but as Prim screamed and wailed for help her agent showed up out of nowhere and slashed Moira with a bronze sword. Prim was stunned. That was also the day she learned her agent, Barkley, was truly a satyr. Suddenly, all of his fumbling and tripping made sense, as well as his strange diet. One time he had eaten a paper plate with his pizza, which Prim had always assumed was an accident.

The next day, Barkley and Russell had a lengthy conversation about what Primrose was and where she should have gone, but Russell wouldn't hear of it. It wasn't that he didn't believe the satyr, he had seen the goat legs after all, but rather he refused to let Primrose go. Barkley argued that she would be safer, but eventually agreed to stay on as her satyr until she came of age and then he would take her. So, Primrose continued into season two and stayed at home. After four complete seasons, and a feature film at the age of eleven, Barkley insisted that Primrose be taken to Camp Half-Blood. Russell, however, pushed for a few more years. He promised he could keep Primrose safe, even willing to give up her career, which had drawn in three other monster attacks over the years which Barkley was getting sick of defending her against. Unwilling to take Primrose without her father's permission, Barkley stuck around. Primrose got a new television show, "Behind Closed Doors", a new thriller series produced by none other than Bishop Studios, and three seasons went by without incident. Russell had dedicated millions to Primrose's security and thanks to that, she went three years without an attack.

On her sixteenth birthday, however, security was lax to accommodate the many guests at her sweet sixteen and as such things did not go as smoothly as they had before. When hell hounds burst into the party, Russell knew it was time. In a hurry, Primrose said reluctant goodbyes to her father and escaped from the party with Barkley

So, Tyrone and Primrose traveled East and left her acting career behind. The journey was mostly without incident, but for the occasional monster interrupting their lunch. Eventually, Primrose arrived at Camp Half-Blood, and the rest is to be seen. 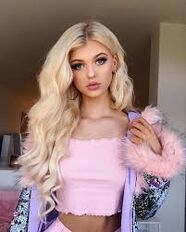 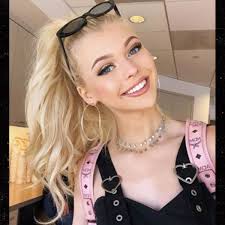 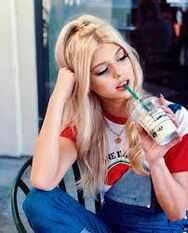 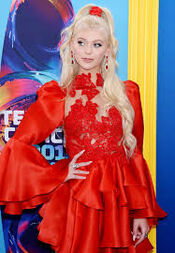 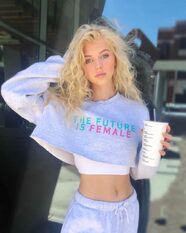 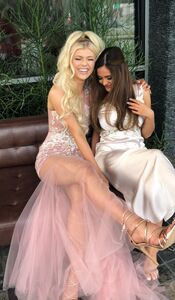 Retrieved from "https://camphalfbloodroleplay.fandom.com/wiki/Primrose_Bishop?oldid=1816939"
Community content is available under CC-BY-SA unless otherwise noted.