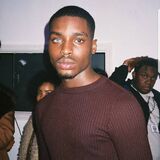 Rhett has a temper, and can easily become angry. He is also intelligent, but his intelligence makes him cocky and less receptive to criticism. He’s more likely to go his own way, even if he’s down for the cause. His boisterousness makes him the kind of person you either love or hate, and for that he can also get annoying easily. He’s a good friend for those that need it, and isn’t afraid to trust, although he trusts himself more than anyone else. He is extremely proud, and proud of his features, making him a confident man in his own skin.

Amos was the kind of person who never left a stone unturned. She traveled the world and traveled her primary home, the den of her father, the Underworld. On one of these many exploratory rips, she took a turn into the most dangerous and treacherous location in the underworld- Tartarus. She had been meaning to visit for a long time, but only then did she feel she was ready. At first, everything seemed quite dull, besides the smell and blistering heat. She battled some monsters but it felt more like entertainment. Finally, she met Him.

She first knew him as a soft-spoken man with a charm around him, but as she spent more time with him, he grew louder, and his pride began to show. Still, she was hooked. Amos promised to return, and she did so three times. During the span of their meetings, she could tell he was trying to seduce her, and while slowly working, it was still slow. By her third visit, the man was so hungry and so horny, any false pretense of patience escaped him, and their interaction went from lovely to violent. Amos fought him off, but at the end, the Titan received what he wanted. This was the real horror that Tartarus held, and why she could never return. 9 months later, she had the monster’s child.

She thought she would abhor the child, but all she could truly do was love him. Rhett was born a beautiful child, not making much of a fuss. That first night hey slept in the hospital, at first peacefully, until He made his presence known in her dreams. ‘’Come back to meeee…’’

It was a nightmare. When she woke up, she learned that the titan had done something to her child- the piercing blue eyes he’d worn in her presence, he had colored one of their son’s eyes with the same hue. It seemed to suggest that he would be watching her through him.

Growing up, Rhett always assumed he had to wear an eyepatch around his mom because she was embarrassed by his heterochromia. This made him subconscious about his eyes, and somewhat insecure. When he finally reached grade school, it turns out that, while it did mark him as the freak, more people were intrigued than unaccepting. The question then lingered with him for a long time.

Amos taught him of the Gods, and spoke of camp proudly, as a time in which she matured. She trained with him, although to her chagrin, he took a liking for long distance weapons, which required both eyes. It was difficult training him at first with the fiery temper e had, and his quick urges to give in. Eventually, he got better. Amos told him his father was a god, but not which, and that was all she would say about him. “You’ll find out eventually,” she’d say. He knew, at least, that he was Hades’ grandson.

By the time Rhett had his first monster attack, he knew he would have it. It was a regular old hellhound who had crept up on him at his home’s pool when he was twelve. Quickly, he skirted out of the water and into the house, searching for the nearest weapon. Finding a javelin on the wall, he pulled it off just as the monster leaped onto him. He dodged, rolled, and with the weapon now in hand, spare to the side, killing the monster.

After his first attack, he begged his mother to go to camp, to have the experiences she had. She refused each time, stating that he got training from her already, and he needed to learn to be among mortals who wouldn't understand. Each year, it grew harder and harder to not feel angry at her for clipping his wings.

On his fifteenth birthday, he received a gift from his father. It was a bracelet. At first, he thought nothing of it, until he felt a weird vibration within him, and then he Saw-

In his hand, he held a metaphysical spear. When he closed his grip around it, it became more solid and visible, and it’s then that he realized it was stygian iron. He soon realized the spear was only visible to is the blue eye, the one his mother hated. While it did become a solid tangible thing when he wanted to grip it, it was still invisible to those around him, and only became visible as soon as he let it go intentionally (such as to throw). When he told his mother who had given him such a gift, her face froze, and she threw it away. While she was sleeping, Rhett retrieved it.

No more gifts came after that, but he soon learned that the inscription on his bracelet read “Menoetius” in ancient Greek. He assumed it must have been his father. Rhett had no patience for school or his fictitiously ordinary life. His bracelet proved he was much more than common society. Almost every day, he would fight with his mom, a result of building resentment at her for not sending him to be with his kind. Google searches also led him to discover that his father lived in Tartarus, which explained the weapons relationship with dimensions. Rhett had stopped asking about his father a long time ago, although now knowing who he was, he should’ve asked. Then he would’ve known the terrible circumstances of his conception.

When Rhett was about 17, he ran away from home. He used mail his mother receive from camp in order to guide him towards the location. Once he arrived, to his heartbreak and disbelief, he learned he was not welcome. Apparently, children of Menoetius weren’t allowed. Rom then, all that he could turn up in his mind is how little he knew of his father because it was all so under-documented, and how there was so much information about other ods. It felt unfair that he had no recognition, and it felt unfair that he would be punished for so long for a crime when Zeus had committed far more of them. This is when the BC found Rhett. He wasn’t ready to go back to his old life, and he wanted the Gods gone. What his mother had really been embarrassed about was having a son of Menoetius, or so he convinced himself.

As much as he enjoyed his time there, he realized nothing was going to happen. The factions were too divided and they hardly had missions anymore. Rhett heard whispers of a new group, Champions of Othrys. The premise was to put titans in power, which is part of what he wanted, and from what he heard, they were radical enough that they might be able to pull it off. As soon as he could, at around 20 years old, Rhett deserted BC and sought out the CoO, using some of his BC contacts. He was then accepted into the organization.

Retrieved from "https://camphalfbloodroleplay.fandom.com/wiki/Rhett_Abrahams?oldid=1806166"
Community content is available under CC-BY-SA unless otherwise noted.