Is Rhi the most wholesome old resident of Camp Half Blood? Sources suggest this may be true.

Rhiannon is a person who will always put others first, even though sometimes she might come off as a bit cold. She uses sarcasm and humor as a defense mechanism. Due to recent tragic developments she's become a bit more distant, less trusting. However she is still the person to go to if you need someone to give you a hug and make you feel heard and supported.

Will undergo revamp, excuse the 2012 bio. Rhi came back to Camp because, after her little sister Bea died unexpectedly, she found it extremely hard to keep it together in the mortal world. Her mother moved back to Cuba, while Rhi came to Camp, hoping it would still feel like home. After spending a few days there, she decided to move to New Athens.

Amelia Stark was a very talented musician. She met Morpheus in 1994, while touring France. They started dating and nine months later Amt gave birth to a beautiful baby girl. Two days later Morpheus disappeared. Amy became broken hearted, but decided to raise her daughter on her own. She named her Rhiannon and returned to her small apartment in New York.

Rhi was happy with her mother and her life in general. At the age of 7 she was diagnosed with dyslexia and ADHD. Her mother gave her music lessons and when she turned 11 she could play the guitar and piano.

Rhiannon never really had friends, but didn't care about that much. When she felt lonely she would just play something on her guitar or walk around NY. Things got a little better when her little sister, Bea Stark, was born.

One of those walks didn't turn out good. A manticore attacked her. Rhi was shocked, and didn't know what to do. She would be dead if Lacey Sovereign didn't show up. She killed the manticore and saved the girl.

Then, Lacey explained what had just happened. Also, she told Rhi that she was a demigod and talked to her about Camp Half-Blood. The girl agreed to go, but asked to go home first.

When she and Lacey arrived to Rhi's apartment, they explained everything to Amy. At first Amy didn't want to let Rhi go, but when Lacey told her that she would be safe at Camp she finally agreed.

Rhi packed some of her belongings, including her guitar, and Lacey summoned the Gray Sisters' Taxi and the two arrived to Camp with safety.

Rhiannon was soon claimed by Morpheus and when she first walked into her Cabin, she found a bow with arrows, with a note attached to them on her bunk. The note had just one word written on it: Welcome. 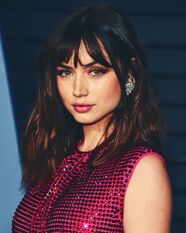 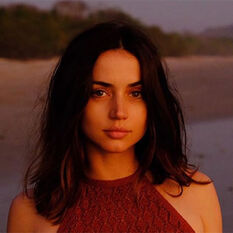 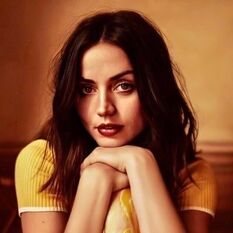 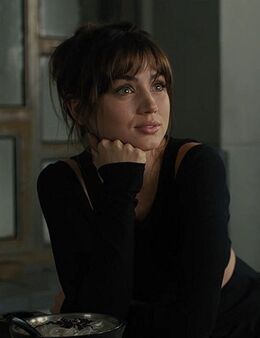 Retrieved from "https://camphalfbloodroleplay.fandom.com/wiki/Rhiannon_Stark?oldid=1812697"
Community content is available under CC-BY-SA unless otherwise noted.