History
Bobby grew up in Glasgow, Scotland. His mother was a genetic scientist and always traveled to the U.S for presentations. She met Prometheus, after one speech and she was impressed by his knowledge. He told her who he was and she accepted it. He told her that if they had a child that the child would need to go to Camp. After a month of back and forth travels, he disappeared, leaving Moira to care for her now unborn son. She had hoped to raise the child together, but those hopes were crushed. When Bobby was born, his mother had to quit her job to stay with Bobby. When Bobby was in school, he was always teased that his mother was a "sk*nk or a wh*re" because his father left her. Bobby never had any real friends. When Bobby was fifteen, Moira took a job that required her to travel from time-to-time to speak for a genetics study company. She took Bobby with her every time she could, knowing that Bobby would need to go to Camp soon. But she didn't want to part from her son. With the traveling making it harder for the monsters to keep up, Bobby turned nineteen. But that year, one monster caught up. A snake-woman attacked them, leaving Moira severely hurt. Bobby attacked the snake-woman and killed it by pushing it over a cliff. While in the hospital, Moira told Bobby about his father and that he needed to get to Camp to learn to defend himself. Bobby traveled one final time to the U.S to become a Hero.

He's usually quiet and seems to always be thinking. He's usually to-the-point when he's talking to someone. He can be a very kind and warm person when he opens up. He likes indie and classic rock.

Bobby has curly red hair and a beard. His eyes are green-ish blue with long eyelashes. He has a tattoo on his leg of a winged skull. He's tall, strong and pale-skinned. 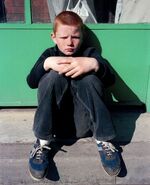 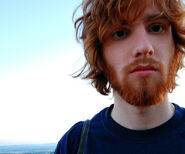 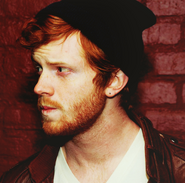 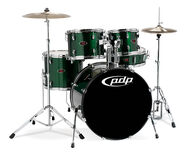 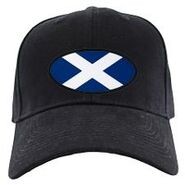 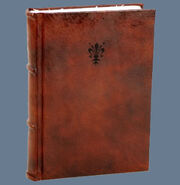 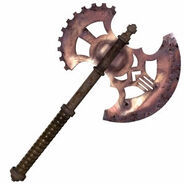 Bobby's Sweeney Todd costume
Add a photo to this gallery

Retrieved from "https://camphalfbloodroleplay.fandom.com/wiki/Robert_Fergus?oldid=1633587"
Community content is available under CC-BY-SA unless otherwise noted.