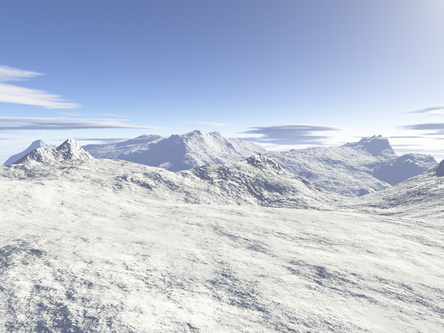 Aria: Near Aria's starting point there was a glowing cave that couldn't have said "FIRE HERE" more obviously if a sparkly neon billboard had been pointing to it. At the fire-cave entrance she found piles of (thankfully un-flaming) wood in all forms: twigs for kindling, logs for burning, and wooden planks for... skiing? Building? Whacking people in the face? (Hmm, that last one was an entertaining idea.) Aria picked up a roughly arm-sized plank and drew a smiley-face in the snow next to her trail of footprints. After examining her masterpiece, she brandished the plank like a sword, laughing at her unseemly flailing. When she had had enough mock swordplay, Aria sat down by the cave entrance and looked around the frigid landscape, hoping to explore it before finding a way to return to camp.

Aria: There appeared to be no one else in the arena at the moment. The snow-covered landscape was rather bright, and Aria considered making a duct-tape eye guard (the type high-altitude mountain climbers might jury-rig on a peak) before being distracted by a bunny passing by. An Arctic hare to be precise, one whose fur was changing from white to brown in the spring. So this was the Arctic after all; in Antarctica it'd be fall, and, come on, it was an Arctic hare. The bunny was very much a fluffy bundle of adorable, with its fur still endearingly poofy from the winter months. As it hopped away, Aria decided to pull an Alice because "why the heck not" and followed the bunny across the landscape until they reached... a lake?

Aria: The lake was at a higher elevation than much of the nearby landscape, and from this spot Aria could see everything closer than the distant mountains (10 to 20 miles away, she'd estimate). Some large brownish creatures dotted the landscape to the east: most likely walruses, which would indicate a body of water in that direction. (Aria really wanted to see a penguin, but this being the Arctic, a narwhal would do.) An Arctic tern flew overhead, perhaps beginning its yearly round-trip to Antarctica and back. Aria hoped she wasn't provoking it with her strange presence; among nature's vicious dive-bombers, they were the aristocracy. Near her starting location Aria noticed what appeared to be another camper (thank the gods, now at least she wasn't stranded alone), but she was far enough away that she couldn't see exactly who he/she/it was.

Luthren: Luthren was walking through the snow, making his way to higher-ground where hopefully the snow wouldn't be as deep. He looks upwards along the gentle slope, and spots what looked like a person... He had never seen anyone other than battling demigods come out here in these areas, so he immediately wonders if he accidentally found himself in the middle of a training battle. Luthren was only in the arena himself to scope things out, and get a good feel for it... He had all his weapons on him (Kasurigama and chain wrapped around his waist, as well as a bag with some equipment) in case of emergencies... Hopefully there wasn't gonna be an emergency...

Aria: Aria started to descend through the deeper snowdrift on the slope nearest the other camper. Partway through she gave up that method of locomotion and slid the rest of the way down. After landing in an ungainly heap, Aria brushed the snow from her face and continued her trek, this time sideways instead of downward. As she approached, the figure came into clearer view. Near him he carried a terrifying-looking weapon... was that a scythe? (Aria wondered how most campers still had all their limbs even though they routinely waved around dangerous pointy things like that.) Once she had gotten close enough that she would be audible over the wind, Aria muttered "How's this for a conversation starter?" and shouted the first thing that had crossed her mind: "How have you not gotten hypothermia yet? Do you need a coat?"

Retrieved from "https://camphalfbloodroleplay.fandom.com/wiki/Roleplay:Main_Forum/Training_Arena/OPEN:_Aria_vs._Anyone?oldid=1584978"
Community content is available under CC-BY-SA unless otherwise noted.