Back in 1995 Adam Black, met a woman, named Nicole. They fell in love with each other and a few months later Nicole gave birth to a beautiful baby girl, Ryann. A week after her birth, "Nicole" was gone. Adam searched for her for years and years, but never found a thing. Ryann grew up with her father, in Los Angeles. They always had a very good relationship.

Adam was a journalist in a newspaper. Sometime in 2004 he wrote an article about a politician, telling people that he truly was a criminal that was taking money from various charities. The politician, who's career fell apart, sought for revenge so he killed him. It was a great loss for, at the time nine years-old, Ryann. She was sent to an orphanage. Her life there wasn't good at all. Her teacher, miss Anna, was abusing her, the kids at the orphanage made fun of her and nobody wanted to adopt her. But after 3 years spent in the awful place, Dylan showed up.

Dylan was a satyr. He was just passing by, when he smelled Ryann and decided to help her out. 3 years passed and no one harmed the girl. Although she was still hurt, now with Dylan being around she started laughing and was the always smiling girl again. Her powers started showing then.

Few more months passed and during a trip of the orphanage a hell-hound "smelled" Ryann. The creature attacked her and was about to kill her when Dylan managed to save her. He then told her the truth, that she was a demigod. He talked to her about a safe place, Camp Half-blood. She decided to join Camp.

Dylan brought her there, deafeting a few monsters in their way. He taught her how to use a bow and gave her his dagger made of Celestial bronze. When she arrived at camp she was claimed by Iris and now leaves in cabin 14.

OOC: I'll have to write this down when I get time, but in short she got killed by a BC member, Asterick Seilers, and Iris saved her by making her a nymph.

Personality
Ryann is friendly, communicative and always smiling. She is creative, smart and sometimes hyper. She is a huge music-lover and has a great singing voice. She is protective over her relatives and will do anything to make her friends and siblings happy.

Ryann has shoulder length light brown ginger hair that are usually kept in a ponytail. She has a slim, athletic figure and stands at 5'8". She has awful eye-sight, but she wears contacts. Her eyes have a clear blue color. She has a beautiful smile, and loves to use it. She is always wearing casual clothes and wears dresses only if necessary. She always has her iPod and headphones somewhere near her.

Her dress for the Valentine's Day Ball 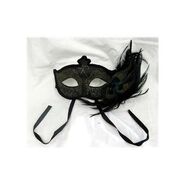 Hayley, a ferret Ryann found and decided to keep as a pet
Add a photo to this gallery
==Abilities==

James
Add a photo to this gallery

Retrieved from "https://camphalfbloodroleplay.fandom.com/wiki/Ryan_Avery?oldid=1741970"
Community content is available under CC-BY-SA unless otherwise noted.