Sebastian has always been very shy and sensitive. He doesn't believe in himself very much because his father always told him not to dream and instead to just try and survive. His father also kicked him out for being a drag queen when he was 13, so he never really felt loved. Venus Victoire, however, was confident and cocky. She was a winner, a dreamer. When Sebastian was in drag, he came alive as a sassy, witty queen who swept any competition she could get into.

Joseph Gillis grew up in Queens, New York. He was always poor, but he had big dreams. He wanted nothing more than to be a champion boxer. As he grew, people all around him told him his dreams were foolish. His father died when he was young and his mother worked as a cleaning woman for a local business. She wanted nothing more than for Joseph to have a steady, successful career and she put all of her resources into his education to further this goal. After school, however, Joe spent all of his freetime training. He was determined to fulfill his dreams. Eventually, he met a coach who was willing to take him and he gave up his mother's dreams of college to follow his own.

Joseph was a big success. He spent most of his career undefeated and this caught the attention of the women who would change his life. After winning his 50th match, Joseph met a woman and fell instantly. They had one wonderful night, but then she was gone. Joseph was devestated. He had fallen madly in love with this woman, but now he didn't even know her name. His next match came and he was pummeled. His career was ruined almost over night. Not because he lost for the first time, but because he never won again. Meeting and losing that women had broken him. Nine months after he had met her, a baby had arrived with a note explaining everything and a bronze ring. Joseph fell only further into despair. Now he had something that reminded him so vividly of the woman he had once loved, but still he could never have her.

He named the son Sebastian and Joseph became his own mother. He would not let his son follow in his path. His career had crumbled because he followed passion, but his son would be more practical. Sebastian, however, was as artistic and passionate as they come. He had dreams of being a performer. His father, however, wanted him to be an engineer or a doctor. Something that could pull them out of Queens once and for all. When he was young, Sebastian was always good at sports. Soccer was his favorite, but he also loved to draw. He would draw beautiful dresses and princesses from far away lands. When Joseph found his drawings he lost it. He reamed Sebastian for doing what he considered "frivolous" and "girly". This would become a theme as Sebastian grew up. As he got older, he fell in love with fashion and makeup and most horribly of all... boys. His father could never know. In secret, Sebastian went out into New York City as his new persona, "Venus Victoire". He started at age 12 and while it was hard at first for him to work at bars because of his age, he was able to compete in pagaents specifically designed for young drag queens breaking into the scene. He never lost. In fact, his reputation for being unbeatable was so intimidating by the time he turned 13 that some competitors would quit when he walked in. Sebastian had found his place. He dreamed of Rupaul's Drag Race or as many called it "The Drag Olympics." He wouldn't be able to join until he was older, but someday he would. Sebastian saved everything he won, so that he could one day buy more expensive makeup and clothes, for the big leagues. Seb didn't have a drag mother, but he did have a mentor, Bya Ho. Bya refused to be Seb's drag mom because she was "far too young to be a mother" but she did help Seb in anyway she could, like storing his wardrobe and makeup to hide from his father and loaning him pieces to help him win. Bya became the parent Seb couldn't get from his mother or father.

One night when he was walking home, a group of drag queens cornered him. He thought it was about his winning streak, but then they transformed into Empousa. Sebastian ran, terrified, back to his home and locked the door. His father heard the racket of the Empousa banging against the door and came to see what it was. His first concern, however, was Sebastian in full drag. He lost his mind. He screamed as Empousa rattled the door and told Sebastian everything. He told him about his mother and what he truly was. He finished the rant by telling him to get out. Sebastian tried to tell him that he had almost died and his father simply responded "I hope they do get you. You are no son of mine." So, Sebastian gathered what he could and ran. The Empousa followed him for a while, but eventually he lost them. For several years he traveled around the city, living off whatever he could make off of drag competitions and his part-time job at Starbucks (which allowed him to transfer locations as often as he needed), but never staying in the same place too long. Bya let Seb leave all of his things there and even offered to take him in, but Seb knew it was too dangerous. He would merely stop by before a performance to get into drag and leave. At 15 he even got a fake I.D. so he could perform as an 18 year old and get a better income. He faced many other monsters over the years, only managing to survive by running. Then one day while Seb was at Bya's apartment, a monster attacked and Bya revealed herself to be a demigod as well. After they killed the monster together, Bya explained that she used to go to Camp Half-Blood, but only went for a summer before leaving again. She offers to take Seb there, but he refuses, saying he would rather live with her and they could fight together.

This plan lasted the pair for almost a decade. With Bya training and protecting him, Seb was far more able to live a "normal" life in New York city. He no longer had to move around and instead lived with Bya and he was getting more and more money from his drag career as he got older and more recognized. He even auditioned for Rupaul's Drag Race a few times, but never got to call back. When Seb was 26, however, a monster attack came for Bya and without Seb to help her, she was killed. When Seb found out, he was devastated. He tried to survive on his own after that, but he could barely manage. Then he remembered what Bya told him about Camp Half-Blood. She had given him it's location and left a note of it on the fridge for good measure. When Seb arrived, he learned of New Athens and found the drag family that operated there. Finally, after so long, Seb felt at home.

(Has none of the powers yet) 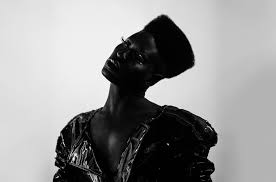 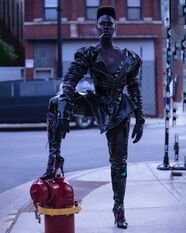 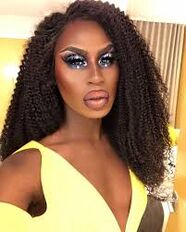 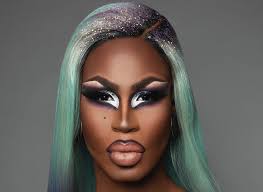 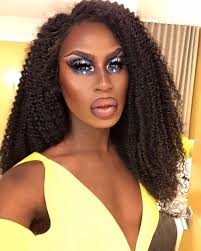 Retrieved from "https://camphalfbloodroleplay.fandom.com/wiki/Sebastian_Gillis?oldid=1814735"
Community content is available under CC-BY-SA unless otherwise noted.