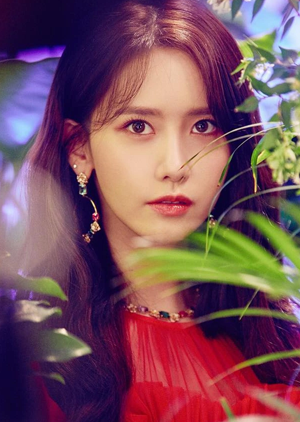 Tatiana, or as she often prefers to go by, Tia, is a very polite and gentle being. She learned from Aphrodite to carry herself with grace, honesty, and integrity, which she likes to think that she upholds quite well. Although from a distance Tia might seem a bit timid, but when she is approached she is almost always incredibly polite even if she doesn't exactly know who the person is. She is always eager to help those in need and she'll do it with a smile on her face and not expect anything in return. Unless of course it's Rocky and in that case she'd expect a few diamonds.

A girly girl is definitely a good way to describe Tia. She loves getting all dressed up and wearing tiaras, fancy necklaces and bracelets, all things of the sort. However with that being said, she isn't one to shy away from doing outside activities, in fact she thoroughly enjoys many kinds of sports. Whether or not she's good at them is a completely different story though. Hopeless romantic is another way you could describe her, she's the time of girl who has dreamed about her ideal wedding every night and now that she's with the perfect guy (aka Rocky), she can do all the couple-like things she's always wanted to do. At times she may come off as posh and prissy, sometimes even maybe a little too honest, but through and through, Tia has a heart of gold.

Adonis and Aphrodite, quite possibly one of the best looking pairs one could think of. A myth, if you will, about beauty and love. We all know and love Aphrodite, and so did Adonis, a beautiful mortal man. Shot by Eros' bow, Aphrodite fell for the man when when he was in his youth and thus sheltered him from the wrath of Theias who had set out to kill Myrrha (Adonis' mother) after giving birth to Adonis. Aphrodite then entrusted Persephone to watch over the youth, but Persephone too was enthralled by the beauty that was the mortal Adonis.

The two goddesses argued over who Adonis would go to, and after Zeus had stepped by declaring Adonis spend a third of the year with both goddesses, then the final third he can spend with whichever he preferred. Adonis chose Aphrodite, and thus their relationship had begun.

In the prime of their relationship Adonis and Aphrodite were head over heels for each other. It was to be expected that something would form out of said love. That something ended up being a someone, the erotiad Tatiana. Created by the strong love between Adonis and Aphrodite, Tatiana was equally as beautiful as her creators. She was an elegant and graceful young lady and was immediately accepted into a life of luxury on Mount Olympus.

Unfortunately for the trio, Adonis' time was short lived and he was killed by a wild boar who had been presumably been sent by one of three deities; Artemis (out of jealousy for his hunting skills or out of revenge for Aphrodite's role in Hippolytus' death), Ares (who was jealous of Aphrodite's love for Adonis), or Apollo (who wanted revenge on Aphrodite for blinding his son Erymanthus). Adonis had died in Aphrodite's arms after his lover heard his groans of pain and came to his side. Tatiana was there as well, and watched as one of her creator's took their last breath. When he had died, she immediately felt it.

She had thought that if one of her creators were to have died, she too would perish. However due to the relationship not ending in a breakup but instead ending when one of the two lovers died while both were still very much so in love with each other, she became a first generation erotiad instead of perishing along with Adonis. The change at first did not mean much to her, though she was not yet aware of the weight and the upgrades that came with it. It was a shock at first when she found out she could create essentially her own species the same way she was once created for Aphrodite and Adonis, but she was gracious that it was a transformation over her death.

Tatiana stayed on Olympus for quite some time, dodging threats from Ares who was rather annoyed with who her creators were. Considering he had an affair with Aphrodite, having Tatiana as living proof of how powerful the love Aphrodite and Adonis had for each other was not sitting well with the god of war. He had made consecutive attempts to kill her, but to no avail. If anything were to come from the attempts it was the rage of Aphrodite and Zeus. The latter even informing that if Ares were to ever make an attempt on Tatiana'a life again, there would be severe repercussions.

Through the millennia that Tatiana had spent on Olympus she had risen to become one of Aphrodite's more favoured and trusted erotiads. She had become highly respected through her diligence and loyalty. But that didn't mean much when Ares continued to make threats towards her. Thinking sending Tatiana elsewhere would be the best way to protect her, Aphrodite sent her to live in Seoul, South Korea. Even going as far as altering her appearance and using the alias Shin Hae-Yeon, and even with her altered appearance her beauty was like no other.

Although raising suspicions after living in South Korea for twenty-five years while seemingly never aging, Tatiana became a well versed model. One couldn't go anywhere in Seoul without seeing a billboard, bus, or store advertisement with her face on it. In a matter of those twenty-five years Tatiana had built an incredibly successful and wealthy life for herself. But she was always missing one thing, someone of her own to love. However after twenty-five years she had met a male love spirit, one who was going by the alias of Boo Si-Eon, mainly known as Rocky.

Tatiana, who had begun using Tia as a nickname just before meeting Rocky, was immediately infatuated with the immensely handsome man. It was a give in that the two would become a hot commodity of a couple, and when their love blossomed news of supermodel Shin Hae-Yeon's unknown boyfriend caught the attention of news outlets.

Similar to many love stories, Tia and Rocky would face a major bump in the road. That bump being Aphrodite's Council. Fearing that the two erotiads would be far more powerful together than any regular love nymph or spirit as they were both created from godly love and the concern of what kind of powers their children could potentially have, the council thought it'd be best to split up the love nymph couple instead of giving them time to see what could happen. Although originally causing arguments within the council of what should be done with the two, with some arguing they should be put to an end, the council ultimately decided on a lesser punishment and split the couple up. Tia was to stay in South Korea, while Rocky was forced into moving to America.

If splitting the couple up wasn't punishment enough for the love birds, Aphrodite and Iris prohibited any contact through Iris Messaging and if they ever in the same proximity, they would suffer from excruciatingly painful headaches and would feel physically sick in attempts to repel them from each other.

Heartbroken, Tia tried to maintain her career as a model in South Korea, but it was hard when the only thing she could think about was Rocky. The two had continued to stay in contact with each other. It was little things like text messages and letters, but those little things were enough for Tia to want to continue on in seeing Rocky and reviving their relationship. It was through a very well thought out and perfectly executed plan that the two met up without giving the council much warning and time to interact.

The pain the pair had felt when they first saw each other was nothing like Tia had ever felt before. But the love she felt for Rocky was worth every painful step it took until she found herself intertwined in Rocky's arms, the only man she has ever loved and the only man she will ever love. Aphrodite saw the display of pure love done by the couple, and being the goddess of love, couldn't stand seeing the pair separated any longer. She removed the curse she placed upon them and gave her blessing for the couple to be together. She thought it'd be best for them to go to Camp Half-Blood, and they've been their ever since.

Powers of a First Generation Erotiad:

Retrieved from "https://camphalfbloodroleplay.fandom.com/wiki/Tatiana?oldid=1735208"
Community content is available under CC-BY-SA unless otherwise noted.