Start a Wiki
Featured Character of the Month Contest 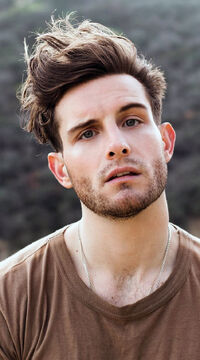 Name: Magnus Keppler
User: Xax
Age: 18
Gender: Male
Species: Demigod
Godparent: Kymopoleia
Personality: After being restricted for so long, Magnus was bound to snap at some time, specially considering his curious, adventurous and risk-taking nature. He's the type of person that gets easily bored with routines, and actively seeks for a new thrill or high to surpass the one before and try to fill up a his bottomless void. He seems to have the thought that after being deprived of so many behaviours and attitudes and being miserable and full of resent because of it, suddenly doing all these 'prohibited' things will bring him true happiness. He could easily be considered a hedonist. He seeks pleasure in sex, drugs, alcohol, and manipulating people, for entertainment, but also in the little things in life, such as stargazing, being out on the sea, the smell of wet earth, and walking around in silence with someone he appreciates.

Furthermore, Magnus has a whole other side of him that not many people get to see of him. Deep inside, he's a mushy mess that now believes in true love but is, however, resigned to finding that special someone due to his past. He enjoys studying people and pressing their buttons, just for the hell of it. Once he feels comfortable around others, he'll get more and more touchy, playful, critic, sarcastic, and shed a light on his usually dark sense of humour. Every now and then, he'll get in his philosophical mood, when he'll be unusually deep and insightful, a trait which he adopted from Søren, or go down a rabbit hole to his repressed memories and be reminded of his unresolved family issues and how, no matter how hard he tried, he ended up being a disappointment to his whole family and friends.


History: The young Casper Keppler was by no means a man of class. At least not for the first years of his life. Born and raised in the working class of Denmark in the late 18th century, Casper’s family was a hard-working one that never complained and only worked harder when things got tough, in the hopes that that would somehow help their precarious situation someday. Casper, whilst grateful for the life lesson, wasn’t as much of a conformist. He figured that if you put hard work into something and it didn’t work out, then your effort wasn’t the problem but rather what it was you were doing.

With that in mind, he mind knew he couldn’t keep up his family’s shoemaking profession. He’d have to learn how to do something else.

Luckily, an opportunity struck at the right moment when Captain Aksel Heinason, from the direct lineage of Captain Magnus Heinason the first entered their modest establishment. His renowned ancestor had been perhaps the most notable privateer of Denmark-Norway, known for bringing great treasures from beyond the seas to the Danish crown. Casper didn’t know much about the elite at the age of 14, but he had an affinity for reading whatever he could put his hands on, specially if it was about history. The current Captain Heinason wasn’t nearly as notorious, save for having a penchant for footwear. It was said that he’d never owned a pair for over half a year, growing bored of Italian designs too soon and finding English brogues too uncomfortable after a few wears; a scandalous thing, really, given the time and the fact that he wasn’t precisely nobility, really. Many viewed him as a brat rather than a high-ranking navy official. The man looked around the small workshop upon entering, rather unimpressed...................Read More 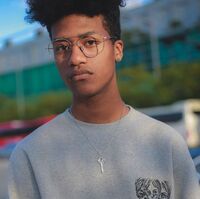 Name: Do Baekgyeol
User: Aeradise
Age: 21, 1,037 OR 3,294
Gender: Male
Species: Demigod
Godparent: Kymopoleia
Personality: For all the lives he's lived, Baekgyeol has always been a kindhearted and caring person. He tends to everyone and everything, whether it's housing a homeless stranger or fostering the work of others, he's always been a helpful soul. He can never turn down the opportunity to help others, even if it puts himself behind, and even if it is slightly reluctant. His kindness is a core part of him, regardless of how it presents himself to other people.

Baekgyeol's also extremely hardworking. As both inspiration from all the mother figures he's had over the years, especially Alice, he knows how much work it takes to really make it big, and whenever he does things, he puts his all into it. He's been working on clothes since he was just a fifteen-year-old, working a factory, and now he owns a large international brand that he's incredibly proud to own. When it comes to getting dirty, he's your guy, and regardless of the stakes, the risks, and the danger, Baekgyeol will be the first volunteer—albeit, hesitantly...................Read More


History: Usually when people ask me about my life, I just tell them it's a really long story and move on. Because it is a really long story, like full length, 600 page novel long. Yet people keep asking for a Draw My life, so here I am hopping on a trend. Buckle up hunties, this isn't a road trip but an international expedition. Welcome to Draw My Life: 3,000+ Year edition!

FIRST INCARNATION
Okay so... Let's get this out of the way. There's been some rumors here and there that I was born female, and well... they're true! First incarnation me, a beauty, living it up in the city of Athens, Greece. If this was like... a fairytale, I'd start it off like this:

In the ages of Ancient Greece, a maiden found herself married off to a rich man to raise her family's financial status. This maiden's name was Airlea.

But it's not because that's pretentious, way too wordy, and honestly a snore to read. This is Draw My Life, not Write a 90 Page Thesis My Life. So, let's get the basic facts out of the way. Yes, I was born female, in Athens, Greece. Beautiful place by the way, visit like every summer with Morpheus. The food, the culture—

But unbeknownst to her, quiet, mortal life, conflict was brewing among the gods. Before she knew it, war was raging. Her husband had left their home to fight in the war, and it had suddenly become even quieter in their large, empty home. She waited months at first, hesitantly. But then she began to out a little by herself, and then a little more each time, until years had passed and all she wanted was to be free. So, she ran...................Read More