Jezebella is an artfully vulgar young warrior with an occasional temper that could rival that of a Tasmanian devil. She has taste for causing chaos where she sees fit and uprooting bland conversations with risque topics. She can be absolutely bitter and negative and likes to find fault in everything but also doesn't know how to compliment people so everything always turns into an insult anyway. After spending centuries in the bland Asphodel Meadows, Jezebella has built up a lot of pent up anger toward the gods of the Underworld, with Hades at the top of her list. With some outside influence from her older half-brother and other members of Othyrs, Jezebella has chosen to join their ranks.

After having skipped over some very crucial world events in the years she was gone, Jezebella has come back to a plethora of new things she must learn and experience. Unlike your normal young adult, Jezebella hasn't done a number of things. Even in the five years she has been around in Modern time, she hasn't experienced nearly enough to leave her knowledgeable. Thanks to her lack of world views, sense of place, and missed cues in social situations, it leads her to be a very cranky and dangerous young lady with violent mood swings. Her fits of frustration can last up to 24 hours and result in a lot of broken things. Currently, the only two people who can calm Jez down are Lilia and Kingston.

According to myth, The Necromanteion was an Ancient Greek temple devoted to Hades that laid on the banks of the Acheron river in Epirus. 500 BC in Greece, the real temple was nestled in Mesopotamos and home to a large following of worshipers who devoted their life to both Hades and Persephone and often was the subject of gossip among the Greek populace during the Golden Age. They were renowned for their necromancy and magic and being home to the only existing oracle of the dead whose title was also The Necromanteion. Amara was a high-ranking priestess within the temple and had devoted herself to Hades ever since she was a young child, once seeking salvation within the walls of the Necromanteion and eventually joining their ranks to escape poverty and starvation. As an orphan on the streets, life had been too hard but the temple offered her an escape from the harsh conditions she endured. Her love for Hades kept her going and eventually, she found herself among family. But a momentary break in character found Amara in the market square, her eyes often straying to an expensive gold bracelet with ruby gemstones. She was baffled to find that same bracelet in a neatly wrapped package that had arrived to the temple for her. Seeing as it had been signed by a secret admirer, the notion was entirely romantic and Amara often found herself day-dreaming of the man behind the expensive present.

Kronos was a clever man and even during the war against the Olympians, he was still trying to gain the upper-hand. Often times, his relationship with his son Hades let him capture glimpses of weakness. Hades was, in his mind, the weak link in the Olympian's defenses and a means to capture important intel. So a plan had been put into motion that ended with a long-term solution - he was going to have a child with one of the Necromanteion followers and his child would become a spy for the Titans by having direct access to an oracle of the dead and a special closeness to Hades because of the mother. Amara Matthias had been hand-selected by the Titan King as she had captured his attention nearly a decade earlier. His charming ways seemed to have some effect because Amara found herself seeking out this man. She went from door to door in the village, asking if anyone had recognized the writing on the mysterious package. When no answers turned up and hope was almost lost, Kronos presented himself as a handsome mortal physician by the name of Acron. Their relationship was surprisingly unique as Kronos had only bared a handful of children before - his interest in Amara often capturing attention when it was meant to be directed toward the war. Just before his downfall, Amara discovered that she was pregnant.

When Acron disappeared, Amara was alarmed by the news and sought help from Hades and Persphone to learn what had happened but received nothing by silence. The temple agreed to collectively help Amara look after the child so long as it one day joined their ranks. Jezebella was born on a cold night in December and for the next fifteen years, was raised a devoted member of the Necromanteion church. When she was ten years old, she was attacked for the first time by a manticore when getting water at the well in town. Thankfully, a man who trained people for a living was there to save her. From that day on, Euclid began to give her free lessons and even gave her a sword but also helped to protect and fight any monsters that popped up through the years. But out of fear her mother would disapprove, she would lie about where she was and even hide her sword. On her fifteenth birthday, her curiosity grew strong and she mustered the courage to ask about her father. Saddened, Amara explained that he had disappeared and never returned and she had no idea what has happened.

So as a gift for her birthday, Jezebella's unannounced questions were answered when the Oracle declared her as a child of Kronos. Euclid, who Jezebella discovered was also a demititan was there to answer any questions. In a surprising turn of events, the former vessel of the oracle was destroyed and new Oracle was selected. Kronos had never plotted that his own spawn and spy was going to be the next Necromanteion. With fear prickling in her heart, Amara sought help from Persphone and Hades to help hide Jezebella out of fear that Zeus would discover her existence and kill her or that Kronos was somehow meddling with her daughter. Hades held a special place in his heart for the high priestess and the newest oracle of his temple and granted her wish as a favor and sent Charon down the Acheron River to pick her up. Jezebella was absolutely reluctant to leave the temple as it had been the only home she had ever known. She didn't want to leave her mother - but knew it was necessary. Amara gave Jezebella the gold and ruby bracelet that had once been given to her before they left for the underworld.

For centuries, Jezebella was hidden within the Asphodel Meadows of the Underworld in attempt to protect both her life and identity. With all that spare time, she often found herself training with some of the other questionable souls that seemed to populate the area. With the amount of warriors around, the training was always a fun way to pass time. Back in the mortal world, the Necromanteion temple began to grow old and crumble and the followers dwindled to near nothingness without their Oracle of the dead. Lilia, one of the last few descendants of Jezebella's people, was affiliated with the Champions of Othyrs and provided Jez with a direct link. While infiltrating her dreams, she discovered that she had a half brother by the name of Kingston who was part of the same group Lilia belonged to. She urged Lilia to relay the information onto Kingston Meng, who was otherwise very curious of his sister in the underworld. Lilia was sent off to strike a bargain or deal to get Jezebella out and was surprised that Thanatos barely even knew who she was. Seemingly uncaring about that particular soul as he had no prior knowledge of who she was, he essentially let Jezebella leave with Lilia as long as she returned a favor for him one day. In agreement, Lilia led Jezebella back to Kingston and The Spire. She was very well taken care of for the next five years by her older brother and the Champions of Othrys and ultimately joined their ranks.

Jezebella is still attempting to adjust to the modern day world after spending centuries in the Underworld but her visions started to get ten times worse than they ever had. She went from one vision every three weeks or more to one almost every day - none of them ever making much sense. Ultimately, in the end, Kronos' plan for a groomed spy was foiled by the years of disappearance and he eventually moved onto other plans. Steadily, her slow adaption to the modern world left Jezebella with a sort of culture shock that had her resenting how long she had actually spent wasting away in the Underworld. 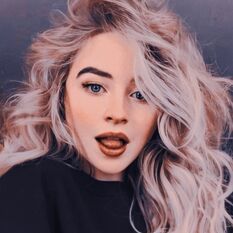 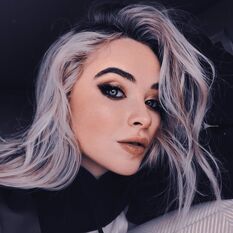 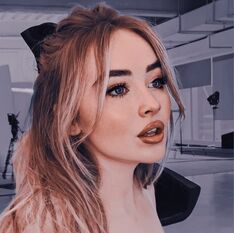 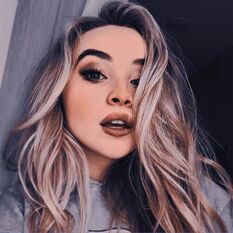 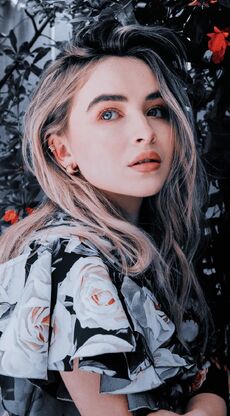 Retrieved from "https://camphalfbloodroleplay.fandom.com/wiki/Template:Jezebella_Matthias/Page?oldid=1803301"
Community content is available under CC-BY-SA unless otherwise noted.