Start a Wiki
Rocky
Erotios • Patriarch of the Erotios • Camper 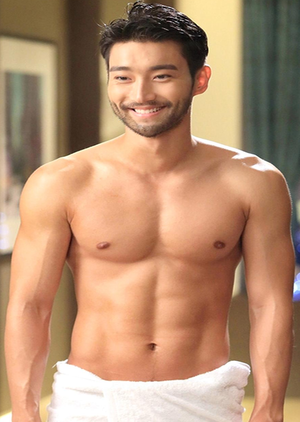 Rocky is an extremely charismatic person, seemingly overflowing with confidence with natural leadership skills. He's always bubbly and not afraid to make someone feel welcomed. He appears to never get angry and has what appears to be an unlimited amount of patience to spare. Being witty and approachable has meant that he makes friends easily and subsequently has a large gathering around him, though his favourite person to speak to will always be Tia.

When he is angered, however, Rocky will go extremely silent and will become venomous with his words. Snide comments and judgemental looks become signature and, typically, one who is in rough waters will him will feel it. Despite this, Rocky is quick to forgive and allows people another chance. Nobody has broken this second chance thus far and it is unknown what his reaction would be to the breaking of the second chance, or at least currently.

The love story of Endymion and Selene is one that can be seen as a romantic ideal. An abstract one, but an ideal nonetheless. Back in the ancient times when Selene was riding her moon chariot she spotted a particularly handsome farmer. That farmer, Endymion, captivated her and she went to Zeus to ask for him to have eternal life so she could look at him forever. Zeus granted her this wish and put Endymion in an eternal sleep whereby he was always smiling, thinking of holding the moon in his arms. Selene and Endymion went on to have fifty daughters together, clearly displaying love. For Selene, it was a reality and for Endymion it was in his dreams.

Aphrodite saw this love and deemed it strong enough to create an erotios, a newly created species of hers, from it. Thus, Rocky was born. Rocky was a bouncy and energetic erotios who, like his name sake, seemed to extremely stubborn - unmovable, like a large rock. Being among one of the only love nymphs made from the love of a Titan and a mortal Rocky was regarded as being a tiny bit more special than the average love nymph and subsequently was made to be an attendant of Aphrodite. He accompanied the goddess near enough wherever she went, personally finding her love affair with Ares amusing (He was, and still is, an Aphrodite/Ares shipper).

Tragedy seemed to strike one day for Rocky, however, as Selene faded. Whilst he became a first generation love nymph he felt empty, depressed almost. With Selene having faded the fate of Endymion seemed ambiguous also though Rocky was told he was still well protected. Aphrodite could sense a change in the love nymph's mood and offered him a deal. Whilst she knew he really enjoyed being one of her attendants she had decided that a change of scenery could benefit him greatly. The deal was that he would continue to serve her until he found a point in time that he enjoyed that he could be a part of. It took him a while but Rocky eventually fell in love with the late twentieth century and chose Korea as a place of destination.

For the next twenty or so years Rocky lived as a Korean man, using the alias Boo Si-Eon, living a life that did indeed bring up his mood. It was there that he met Tia, another love nymph, and the two, well, fell in love and became a basically inseparable couple, or at least for a few years.

Concerns were raised within Aphrodite's council over the couple's love. As both were created from godly love it was unsure as to whether they had abilities or powers superior to that of regular love nymphs and what would happen if the two were to have their own children or a love nymph was to spawn from their love. Some on the council feared that the two were lesser gods in their own rights and argued that they should be rid of quickly to avoid any issues. Arguments over Rocky and Tia's fates went on for weeks before it was eventually decided that the two would be split up. Rocky would be sent to America whilst Tia was to stay in South Korea. To prevent any communication between the two Aphrodite asked Iris to ensure that they couldn't communicate that way and, if the two were to get too close to each other, they would suffer from excruciatingly painful headaches and would feel physically sick in attempts to repel them from each other.

Despite this, however, Rocky and Tia continued to find ways to meet up with each other; sending texts and letters whenever they could until, eventually, they braved the pain and interacted. As mentioned, the pain was near unbearable but the two powered through it, showing their dedication for one another. Aphrodite, being the goddess of love after all, was moved at the display of pure romance and decided that they couldn't be separated and removed her curse of physical sickness and headaches to ensure that they could be together. Since then, the two have been directed to Camp where they have been ever since.

WIP
Retrieved from "https://camphalfbloodroleplay.fandom.com/wiki/Template:Rocky/Page?oldid=1782563"
Community content is available under CC-BY-SA unless otherwise noted.