Ryder's final attack was the one that ruined his and Warner's relationship in multiple ways. In the odd time they were allowed to do something without their mother, the two went on a walk around the surrounding fields where they were attacked by harpies. The two boys did have their weapons, the one condition their mother had put in place, and they did their best to fend the two harpies off. Whilst they were successful in one, the other managed to outsmart Warner and knock him to the ground before attacking Ryder. With both helpless, they were lucky to be saved by a satyr who heard the distinctive shrieks of a harpy. Though safe, a resentment developed on Ryder's side towards Warner, bitter he messed up in a way that meant he was close to death.

Since coming to camp, Ryder has mellowed down a lot and achieved a variety of things; for one, he's become the Head Counsellor for the Ares' Cabin and, for another, he's gotten engaged. Another one of his achievements, although a sore spot for him, was defending Camp against the Champions of Othrys. Leading the defence, as the Counsellor of Ares, Ryder was amongst it all and was slain protecting some of the younger, ambitious Campers. The Gods took pity on him and immortalised him and many others who suffered similar fates, surprised, honoured and proud by their dedication and compassion for Camp.

Traits as a Legacy of Athena 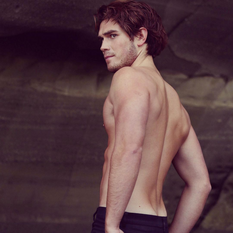 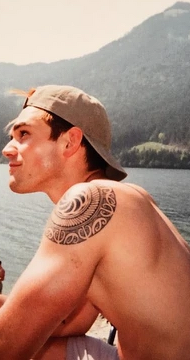