The Quest For Demeter’s Flower Necklace

Hello Marie. Something absolutely terrible happened. My spcial flower necklace as been stolen! I know what your thinking. Who would want to steal some silly necklace. It's not just any flower. It's the most powerful flower necklace in the world! It can give someone the power of any child of me. I don't remember why i put the power in the flower i just did. The last time i seen it was in California. When i was helping at a local garden. I used the necklace to make some magic to the garden. After that i put it down for just a second then. When looked back where it was it was gone. I don't know who or how but you need get it back. Because if it get's in the wrong hands some serious damage will be down. 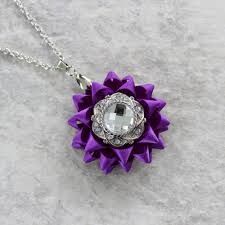 The Questers will fight the BC demigods in a fight at a field. They win the fight and retrieve the flower and then take a plan back to Camp Half-Blood and then Marie will give Demeter her necklace back.

Camp Half-Blood Entrance- They will meet

Car- They drive to the airport

Airport- They are attacked by 3 hellhounds in the waiting room

LA Airport- They are attacked by 2 Lamiais

Taxi- Go to a hotel

Hotel- They are attacked by 4 Empousais

Resturant- They meet the BC demigods

Field- They fight the BC Demigods

Marie: She walked into the entrance. She was wearing a green shirt with a camoa jacket over it. Her blonde hair was in a braid down her shoulder. She nervously played with her bracelet as this was her first quest.


Ivy: She stands, slightly away from the entrance, stroking Brownie on the nose. "I'm gonna miss you, Bro," she whispers, before sending Brownie galloping off towards the stables. Her kitten heels make a slapping noise as she turns away from Brownie's retreating figure. Her white dress, peeking out from under a white parka, flapped in the wind. She held one giant suitcase full of kitten heels, high tops, dresses, tights, and parkas. Another suitcase held necessary supplies. Her ponytail swayed as she turned around to pat her sword, strapped in by her parka belt. She notices Marie-Ann's braid and runs toward her. After almost tripping from her enthusiastic run, she stumbles up to Marie. "That's a pretty bracelet."

Marie: "Oh um thanks." She turned around to face Ivy. "Was that your horse?"

Annette: She arrives, looking behind her at the galloping horse, making a questioning face at the two girls already there. She's wearing a yellow, long sleeved shirt and a black knit sweater over it. Her sneakers crunch on the ground as she walks towards them, smiling. Her blue jeans stop just above her ankles, and her hair is held back with a headband. All she has with her is a backpack made for hiking and a sword at her belt. She looked from her bag to Ivy's and frowns.

Ivy: Ivy chooses to ignore Annette's questioning look and instead kept her attention on Marie. "Yes. Brownie was my horse from England. My sister Skylar had her sent here. Skylar's a hunter of Artemis." Ivy trails off, shifting her weight and looking a bit wistful. "She's busy with the Hunt. I thought that she was dead. At least I know that she's safe, even though I may never see her again." Obviously upset, she changes the subject. "So, how old is everyone? I'm 12!" She bounces on her heels for emphasis, alomst losing her balance on her heels.

Marie: She stares at Ivy for a few seconds before answering. "I'm 14. " An idea popped in her head. "How about we introduce our selfs. I'm Marie-Ann Hailey daughter of Demeter." She said proudly.

Annette: she smiles. She signs in sign language and speaks at the same time, "Hi. I'm Annette Tate, daughter of Hebe, and I'm 14."

Ivy: "Well, I'm a child of Dionysus, which makes sense. I mean, my parents own a vineyard. I loved it. It's called the Hollis Winery. You've probably heard about it, if you've read People or any tabloids for that matter." She looks around, as if expecting paparazzi to come out from behind the trees. "It seems tough, being in the public eye, y'know? It's actually fun to have all of the attention. I'm the younger one, you see. The baby. I hung out with a lot of Skylar's friends though, so I'm more mature." She giggles, showing that in no way is she telling the truth about her maturity level.

Marie:  "Okay then." She looked around ask if she was looking for someone else. "I guess that's it. I guess we should get going. We have a plane to catch." She said fiddling with her bracelet again.

Ivy: She pouts. "Okayyyyy," she grumbles. "Bye, camp. Bye, Brownie-Brown-Bro. Bye, safety. Bye, parties." She turns her back on the entrance, then erupts in smiles. "So, are we flying on a private jet? I always fly private with my family. They even have a mocktail cart!" All grief and annoyance that she was expressing wipes away when she says mocktail.

Marie: "Sorry, we don't have an private jet."  She checked over her stuff the million time. "Okay let's go."

Annette: she raises her eyebrows, then nods in agreement. "Time to kick some butt."

Ivy: Her demeanor stays as bright as her smile. "As much as I love mocktails, kicking butt sounds fun," she chirps. She spins on one heel. "First class, then? Please tell me we're flying first class. At least first class has good food," she grumbles from under her smile.

Marie: She signed. "I'm on a budget so i don't think we get to fly first class. Sorry. Anyway you better be going."

Annette: she gives a little smile. "Let's go then."

Marie: She walked in with the other girl close behind. "Here we are."

Annette: she looks around and puts one hand on her collar bone and begins to rub it nervously. "This is it, huh? Going on a quest."

Ivy: She waltzed into the airport, following Marie. She was still sulking about the fact that they were flying economy. She had, blinded by her annoyance, shoved her sword, also her only weapon, deep into her suitcase. She had no means of defense. She wasn't focused on that, though. She nodded to Annette, to say I know.

Annette: she finds her fingers tapping nervously on her side. "Which way do we go?" she asks.

Marie: "That way-," She heard some nose behind her. "Someone's going crazy."

Ivy: She squinted at Marie Ann. "What? I don't hear anything-" She pricked up her ears like a cat and heard a faint noise behind her, but didn't have any grudges about what it was and shrugged. "If it's that bad, it would be louder," she said reassuringly. She had a faint, slightly aloof smile on her face to match her tone.

Marie: She turned around and saw the 3 hell hounds facing the other way. "You've got to be kidding me." She said taking out her flower hairpin and turning into a CB sword. "This going to be interesting."

Hellhound 1: It turned around to face the girls. It decided to go for Ivy.

Ivy: She stared at the hellhound. She was paralyzed with fear. She tried to make her arms move to grab her sword, but she couldn't. She could only stand there and wait for her doom.

Hellhound 1: It attempted to crush her.

Ivy: She struggled below the weight of the hellhound. Her suitcase began to roll away from her grasp. She tried to breathe but she couldn't. Unbeknownst to her, her lungs had been punctured by one of her broken ribs. The world became foggy, then suddenly, everything went black.

Dionysus was watching from up on Olympus. Alarmed by his daughter's death, he turned her into a wine nymph, because he though that she had died too early. He loved her dearly and couldn't stand to see her die.

In a burst of light, Ivy regenerated, but unfortunately she was still pinned. She tried to use her size to wriggle free.

Marie: She stood there frozen and starring and not believing her eyes.

Annette: she puts her hand over her mouth and stares at Ivy, before blinking one time and drawing her sword.She rushes at the Hell hound on top of Ivy and stabs at it's side, hoping to kill it before it killed Ivy. You know, again.