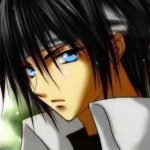 aka Mike, Micheal, or Mikey

Well, this is my profile.

Mods and Admins these days. Dont understand SHITE. I got banned for "attacking"... Not true. I was attacked by a idiotic kid named AuRon or some name like that. This is what he said to me:

Call that fair? I was banned by this kid named HydroCarbon or some name like that. He was defending this guy who had been on longer then me. Just BECAUSE he has been on here longer then me. How far was his head up his ass? Dumb shites...

I am God of Claims, Obbsessiveness of Gods, Trolls, 8, and Memes. USadBro?

I don't Troll anyone I see, though. I only Troll fellow Trolls, which is kind of canniblism in Troll Universe.

I am the God of Claims, so I make people make claims. Weird huh?

I am the God of Obbsessiveness of Gods, so I am the reason you like Apollo, Zeus, Posideon, Hades, Demeter, Hera, Ares, Athena, and every other GREEK God, except Aphroditie, no one needs help with her.

I am the God of Memes, I don't make all the memes, only the catchy ones that stick in your head like a song.

I am the God of the number 8, long story so don't ask.

Just to make things clear, THERE IS NO TROLLING ARMY! They abandoned me because they didn't like to play defensive. Most of them were Marines. If you get that, I applaud you.

Question:Do you play Call Of Duty?

Answer: In my free time.

Question: Do you have a Xbox or a PS3?

Answer: Xbox and a Wii U.

Answer: Your wife has it.

Question: Do you have a Girlfriend?

Question: What should I call you?

Retrieved from "https://camphalfbloodroleplay.fandom.com/wiki/User:8BitMemes?oldid=1802274"
Community content is available under CC-BY-SA unless otherwise noted.