Planned chars being worked on, no clue when I'll put some up.......

Name: Her real name she was born with was Zelda Bramble, but due to the curse she often thinks she is someone from a story. The one that seems to come out the most often is Alice from Alice in Wonderland, though that is by far not the only one.

Gender: Female, though there was that one time she swore she was Prince Charming and was furious that she was "trapped in the body of a weak little girl" 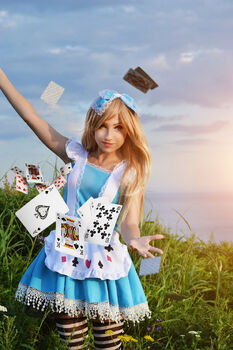 This is how she dresses when she believes she is Alice....

Personality: If she were diagnosed by a real mortal doctor, they might say she has multiple personalities, though for her it's more curse related than anything she was born with medically. There is really no telling who she might be day to day when she wakes up. She could have clear moments as herself, Zelda, or she could wake up believing she is any number of characters out of books and fairy tales. Because of this her personality is sporadic and impossible to know how she is going to be day to day. Alice is a persona that seems to be the most dominant when she isn't Zelda, and by Alice, yes I mean THE Alice from Alice in Wonderland books.

Salem Bramble grew up as a prodigy when it came to languages, and he also had a passion for stories and would often spend his time translating various stories into various languages. He'd travel all over the world searching for old legends, myths, fairy tales, folklore, anything he could find and learn and translate. By his late 30's he was quite well known in the academic circle, and eventually word even reached as far as Mnemosyne. She was intrigued at a mortal so adept at languages that she had to meet him, and posed as a post-graduate student at Cambridge where Salem happened to be at the time. She spent as much time as she was able shadowing him, listening to his lectures, watching him work, though it wasn't always easy with her godly duties.

Mnemosyne did manage to spend enough time with him that a brief love affair ensued, and after a few months she left a baby with him, Zelda. He promised he would try to be a good father, though he was sceptical of his daughter being a demigod, he also felt he could trust Mnemosyne, at least she had never given him a reason to doubt the truth, so he decided to not to call her a liar and just file the information away for later. He figured the idea of monsters and scents and some training camp was years away and not something to worry about while Zelda was just an infant.

Though Salem wasn't entirely sure he believed all the things Mnemosyne said about being a goddess and his child being a demigod and some future special training camp, he did start to do more research on the Greek gods. He could read ancient Greek well so he opted for original texts versus things that others had already translated. He wasn't one to take risks even if a story sounded absurd, the Greeks believed in them once quite passionately, so who's to say their gods were any more or less real than the Christian's singular god. The first few years as his daughter grew he kept a stationary job at keeping tenure at Cambridge. The more he researched old Greek texts, the more he thought about the things Mnemosyne told him, and the more his mind wandered to other myths. If the Greeks were real as Mnemosyne had claimed, were other myths real, the Norse, the Roman, The Egyptian, etc. Where did reality end and fiction begin, what was real and what was imagined, the more he researched the more obsessed he became and his career started becoming his entire life, consuming him.

By the time his daughter was 5 and ready to start school Salem was determined to start travelling more to do even deeper research into all sorts of myths and legends, always wanting to read about them through the ancient texts and translate them himself. For the next four years or so, he put Zelda in a boarding school in Oxford, England. He tried to make sure he was always home for holidays from his research expeditions, but as Zelda progressed in school there were constant reports of her getting poor grades and even detentions. Her father just kept throwing money at the school through donations to placate them and allow her to stay. She did do well in languages, which made her father quite proud.

When Zelda was around 8, the school could no longer be placated by donations and such. Her father wasn't sure why she had a problem paying attention in class, or why she acted out, especially when she seemed to do so well in any class that had to do with languages. Based on this, he decided to have her travel with him, and that he'd just have to homeschool her or hire tutors. Zelda preferred this very much, she loved travelling with her father, and her talent with languages became even more advanced now that she was able to put them to real use, not only by helping her dad with his translations when he would allow it, but by actually using them in the countries they visited. The more Salem thought about Zelda's problems focusing in all those schools, it sounded vaguely familiar of something he had read once, so he dug back in to some old Greek mythology research and found a bit of info on what the Greeks had called 'demigods', and that started to bring more things into focus, maybe the mother of his child, that Mnemosyne woman, hadn't been lying after all, maybe she was telling the truth. Which if that was the case he figured it was probably a good thing he kept the chest that she had left with him to give Zelda when she was old enough to need that camp place she had spoke of.

For two years things seemed to be great, Zelda was finally learning, her father loved having her travel with him. The more Salem studied myths, the more he was convinced that things could be true, so he started to watch out for warning signs of the things Mnemosyne had said, monsters when Zelda became old enough, though no specific age was given, she did say it would most likely be somewhere after age 10. Salem decided it was time to show Zelda the chest her mother had left her, and the letter, it was hard for Zelda to accept, though it sounded like something out of a storybook that she'd always dreamed about, but her father felt it was possible enough that it was better to be safe than sorry.

Unfortunately, for all her father's careful forethought, for all his caution even if he didn't completely believe Mnemosyne, monsters wouldn't be the first thing to cause Zelda harm, and there would be nothing Salem could do to protect her. Shortly after Zelda turned 10 a particular mischiefmaker and powerful Norse deity decided he was......*thought train derails*

History Notes: Please keep in mind, the rules regarding other mythologies pertain to the actual character, for instance roman demigods aren't allowed to be active characters that users roleplay/own. There is nothing that says, or has ever said, that past histories for characters that only get touched on/mentioned in the history, or even quests for that matter (though it's always been assumed there is a rule for this, but news, there isn't). Also, Rick Riordan made it quite clear that all gods are real in the universe of his books. 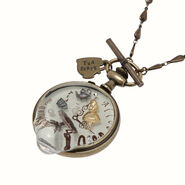 Turns in to her dagger and fan 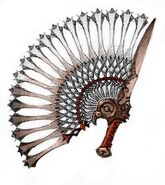 Her dagger when she removes it from the fan 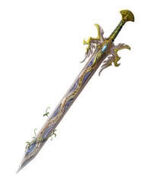 Her Journal
Add a photo to this gallery 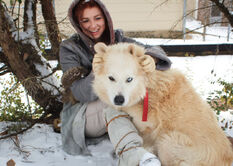 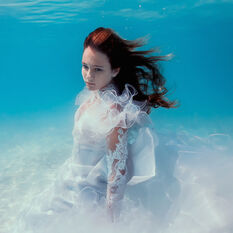 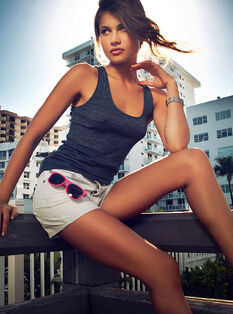 Retrieved from "https://camphalfbloodroleplay.fandom.com/wiki/User:BelladonnaTook/Character_Sandbox?oldid=1576014"
Community content is available under CC-BY-SA unless otherwise noted.