Mortal Parent: None, created by Hypnos 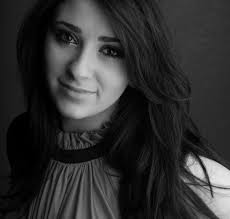 Personality: A fun loving young woman she loves to laugh. She hardly ever frowns or cries so when she does you know something is very very wrong. She will go to any lengths to make people happy and at ease.

Jessica was a Nymph plain and simple. Her mission? Watch over her creators child at his request. Hypnos had created Jessica to gaurd a young female Demi-god by the name of Fiona. She heartily accepted the mission and went on her happy way to assist the young woman. She watched mostly from a distance as the little girl grew up. She smiled as she saw her quick progress with the ESP that she had recieved. She kept her closer as she grew up and when she learned of her heritage at the age of 11 was there to help her through the rough times of trying to figure it all out. But Jessica never revealed her own heritage to Fiona, choosing to keep her in the dark.

When Fiona turned 13 Jessica watched from afar as she handled a solo fight with a Hellhound. She was pleased at her progress over the last two years. Then a year later she attacked by an Empousai. She watched worriedly wanting to help but not risking revealing her own powers. She was pleased beyond belief when Fiona defeated the Empousai. The next year however Jessica was forced to act. When Fiona was attacked by a pair of harpies she saw that she wasn't going to be able to handle them as she had only faced grounded enemies. So she charged over and using the powers given to her by Hypnos she made the harpies drowsy while Fiona defeated them. Jessica then explained her assorted past of being created by Hypnos to Fiona. Fiona accepted the fact easily as she had already learned of her own past. Jessica escorted her home where she told her mom that the monsters were getting worse. And her mom made the decision to send her to camp.

When Fiona explained to her mom about Jessica she permitted her to ride along with them to deliver Fiona to camp (Jessica knew that Alice was a demigod and they before these events happened, they made a promise to keep Fiona safe until her 16th birthday). She talked to her creator and got permission to continue watching over Fiona as she had grown quite close to her over her life time and was loathe to leave her. When they arrived she thanked Fiona's mom and said goodbye. And as soon as they were through the gate she was delited when Fiona was claimed by Hypnos.

Retrieved from "https://camphalfbloodroleplay.fandom.com/wiki/User:DemyxHearts9/Sandbox?oldid=1368937"
Community content is available under CC-BY-SA unless otherwise noted.